E.B. Held's "A Spy's Guide to Santa Fe and Albuquerque" (2011) discusses the geography of spying in New Mexico. There are interesting parallels between "Breaking Bad" and the WWII wartime espionage instigated by an angry Josef Stalin, who was trying to figure out just what the hell the Americans were doing with the world's best physicists on a project they code-named ENORMOZ.

Regarding a meeting between atomic spy Ted Hall (MLLAD) and his best friend (and KGB courier) Saville Sax (STAR) at First St. & Central in Albuquerque (adjacent to the train terminal where Mike Ehrmantraut first arrives in town in “Better Call Saul”), Held writes:


For two total amateurs MLLAD and STAR had worked out an elegantly simple clandestine communications plan. They both purchased identical copies of Walt Whitman’s twelve-poem masterpiece, ‘Leaves of Grass’, which they used as a simple book code to fix the date of the meeting. Specifically, MLLAD would mail a letter through the military censors to STAR in which he would quote a passage from the book. The passage would correspond to a specific verse of a specific poem…. The number of that verse … would represent the day of the meeting. The number of the specific poem … would represent the month….

The highly-technical information MLLAD passed on was written down using a homemade milk-based invisible ink. 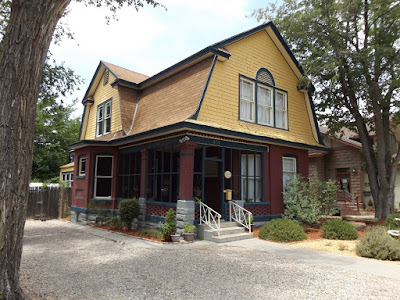 Stalin also ordered an ill-advised meeting between KGB operative Harry Gold and David Greenglass and his wife Ruth at what is known today as the ’Spy House’, at 209 High St. NE, just two blocks away from where Walt and Lydia meet clandestinely at ‘The Grove’ in “Breaking Bad”.


The meeting violated KGB protocol regarding contacts between operatives in the United States, but in those days, what Stalin wanted, Stalin got, regardless how bad an idea it might be. The contact was detected by American counterintelligence and became one of the biggest disasters in KGB history. David Greenglass’ in-laws, Ethel and Julius Rosenberg, were exposed as spies. The resulting ‘Trial of the Century’ led to the Rosenbergs’ executions in 1953. 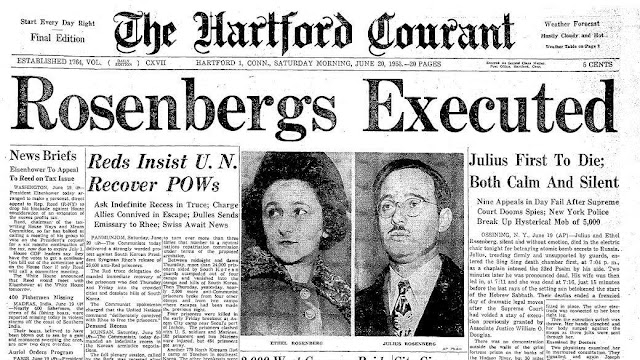 The Manhattan Project is now the subject of art. There’s nothing better than De Nederlandse Opera’s production of John Adams’ and Peter Sellars’ opera, “Dr. Atomic”. Not only is the singing excellent and the staging spectacular (especially the totally ‘off-the-hook’ section called ‘Time Has Returned’), but the set and prop people went to extraordinary lengths, even with this minimalist opera, to capture the look and feel of New Mexico (like the exact way the Sangre de Cristo Mountain skyline looks from Los Alamos). Plus, it’s likely the first time someone from a Tewa-speaking Pueblo (likely Santa Clara) is represented in opera (the fictional character Pasqualita), and gets her own song.