A Closer Look at the Railroad Trestle North of Sandia Pueblo 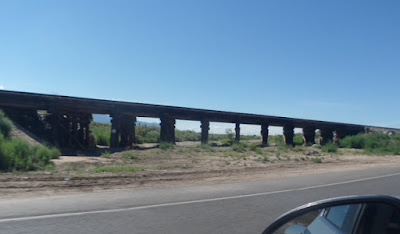 This trestle just north of Sandia Pueblo has been here, like, forever. 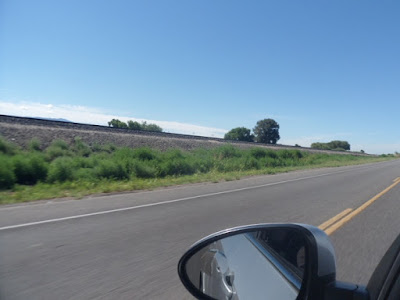 Southbound on Highway 313 (formerly Highway 85), towards Albuquerque. The embankment is so tall here, and intimidating! 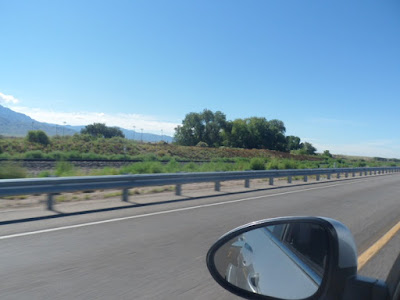 I remember traveling with my father along this stretch of road, northbound, in the opposite direction. I was about five or six years old. It was early - 5:30 a.m. - before sunrise. There was a crisis of some sort, and my sister and I were being taken to Gramita's house in Bernalillo (I think my mom had gone into labor). We were keeping pace with a northbound train, and I could look up from our car and see the train engineer's face in his cab's window. 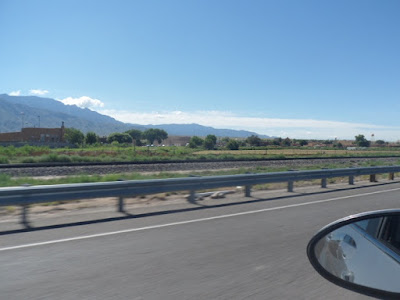 Coming into view of Sandia Pueblo. 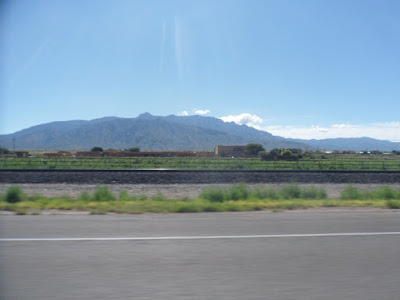 Sandia Pueblo. Been here for many hundreds of years (although it did come close to extinction in the 18th Century for a variety of reasons). Doing well today! 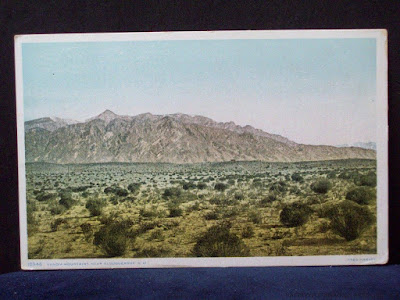 I admired the 1907 postcard painting Derik Lattig posted lasted September in the Facebook group "Albuquerque Memories", so when I was passed by on Sunday June 26, 2016, I stopped for a photo. (I was a little too far north of the actual painting location, but not off by much). 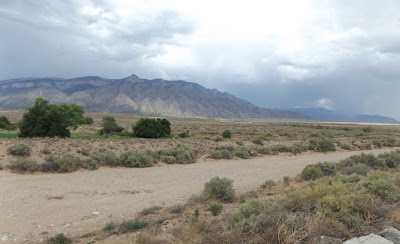 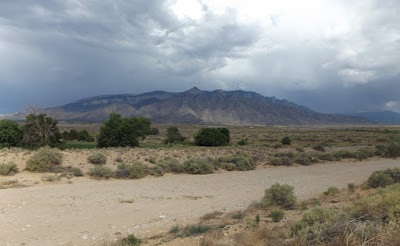 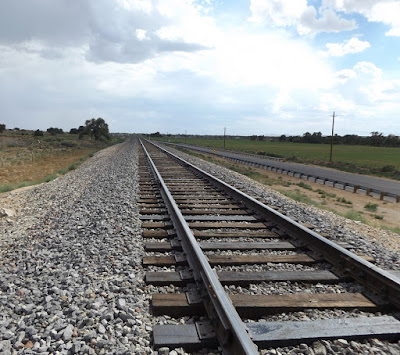 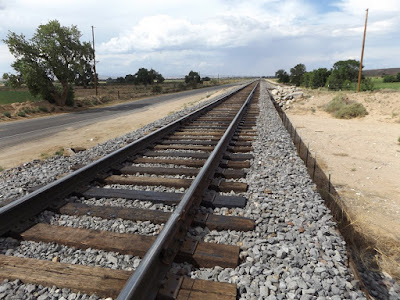