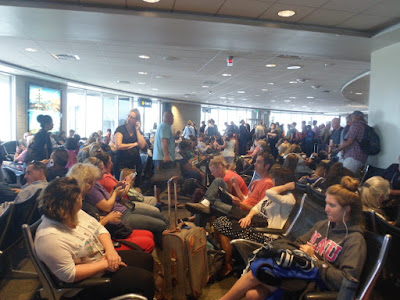 Ricocheted through San Diego on 6/24 on the way to visit the Southwest's Baddest burg.

After a flight billed by the pilot as "sheer aviation joy", I arrived in San Diego.

Such a crowded terminal (since Lindbergh Field can't expand)! The Southwest terminal was like a high-tech Black Hole of Calcutta. Like a boatload of posh immigrants had capsized in the marina, and they all took refuge here. There's always something. People wanting to travel to Denver were delayed by thunderstorms, so they were stuck in limbo here. I was jammed in near teens making fart jokes. I was worried the jokes would come alive. 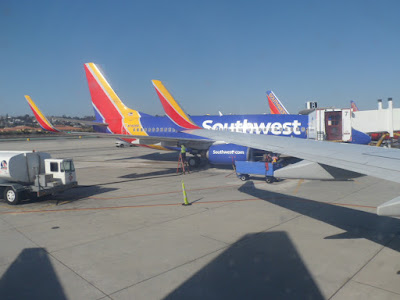 When I was passing through the San Diego airport, my boss sent a message to call. For accounting reasons, they've decided to push forward my transition into an unpaid status as of July 1 (probably a fiscal year thang). So, I will be de facto retired next week at age 59 (although on call if anything comes up and can look for more work, if necessary).

The last several years have been hard in a peculiar way: no work at work, opportunity for writing and lots of Internet surfing - Facebook! - but still getting paid. Don't get me wrong, nothing wrong with that uncertain easy life, I still need the money, but I'm filled with nihilistic glee over this news. 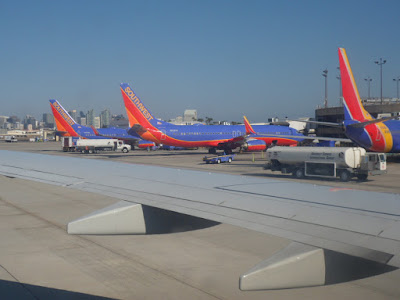 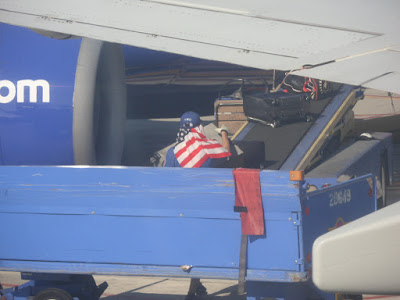 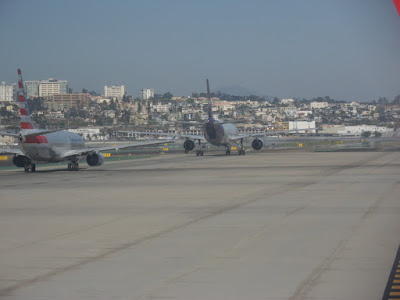 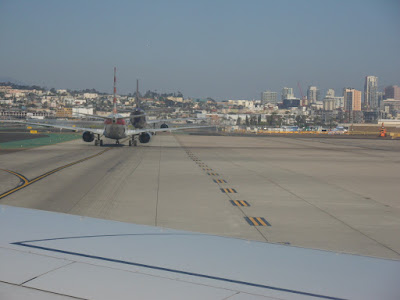 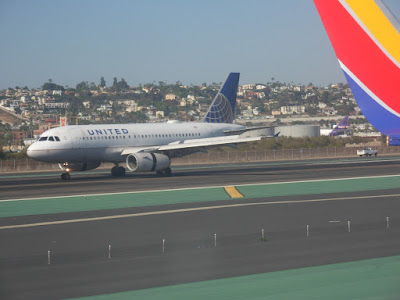 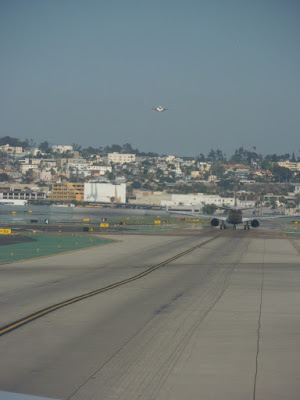 Aircraft descending to a landing. 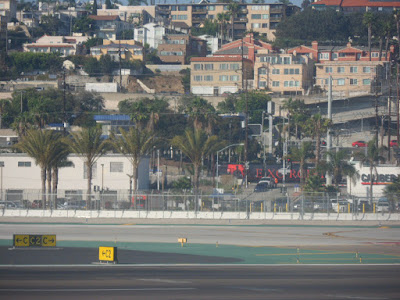 Caught sight of something like an Exorcist Train in San Diego. Curious. 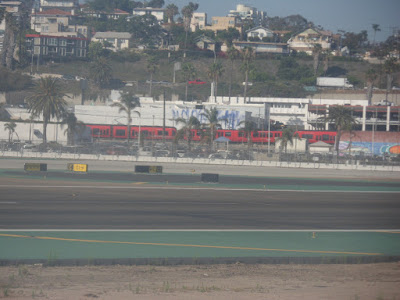 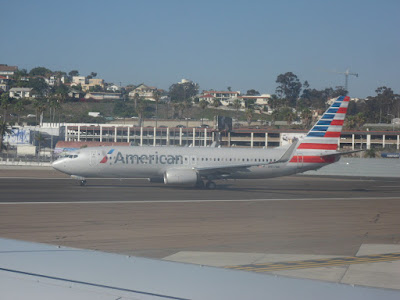 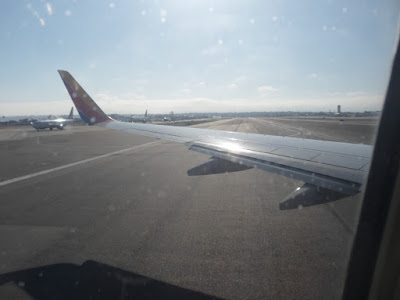 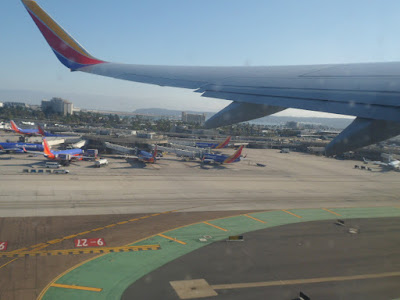 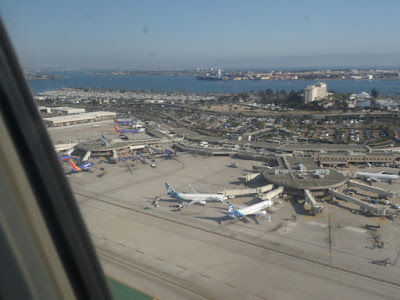 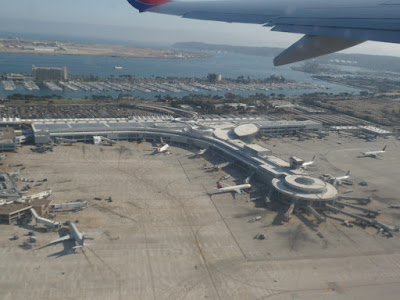