The BBC gets Mary Carey confused with Reva Renee Renz (since corrected). And the San Jose Mercury News babbles about fringe ideas.

What Arnold and the celebrities were up to.

Some of the Sacramento Bee's lame coverage.

From the San Jose Mercury News: first, then second.

Here's what we are really waiting for - the documentaries!

Here are some of Pauline Luben's great photos of the minor recall candidates.

And, of course, Mark Fiore!

Had a good time yesterday, on my victory lap around the state. I started in Sacramento, went to the "Purple Cow" in San Francisco, travelled to San Jose in the evening for the party at AP Stumps, and then, very late, back to Sacramento.

I voted at the River Life Covenant Church in Sacramento (19th and Broadway) about 10 a.m., and then spent about half an hour importuning voters to please, please vote for me. The voters seemed to be an unusually cranky lot - they wondered whether I was breaking the law just by being there (it's OK as long as I stay more than 100 feet from the door). Then I went to work and answered a few E-Mails, before driving off to San Francisco.

Fortunately the KMTP Channel 32 studio was easy to find in San Francisco. When I arrived, hand-held cameras in the lobby were focused on Candidate Georgy Russell: in a few minutes Candidate Christopher Sproul arrived with his surfboard. After various effusive greetings, we went upstairs to the third floor, to a big room where about ten break dancers did the MOST AMAZING moves on a checkered plastic surface (e.g. spinning upside down on the crown of one's head). Just the most wonderfully-skilled people!

As we candidates sat side-by-side on an avocado green vinyl couch, hosts Jay and SheShe asked how our experiences had changed us both personally and politically. I stated how I had gained a renewed appreciation for the virtues of acting out and making a loud noise. After two takes of the interview, the break dancers showed us a few moves, which we got imperfectly. Georgy and I then made a feeble effort to teach the break dancers ballet steps (of course, many, if not all, of the break dancers already have classical training, but we were hamming it up for the camera). Georgy couldn't easily turn barefoot on the checkered plastic surface, so mostly it was an unprofitable wrestle of arms and legs, but we did squeeze out a reasonable fish. Christopher got better pictures on his surf board - Georgy looked especially cute on the surf board. Then after a few pictures with SheShe and Break Dancer Rosa, it was back downstairs to catch a portion of my interview on "Purple Cow" (all the interviews were running on a continuous loop, and mine happened to come up when I was there). Laughed my head off! Then, after getting an autographed copy of Georgy's famous thong, it was off to San Jose. 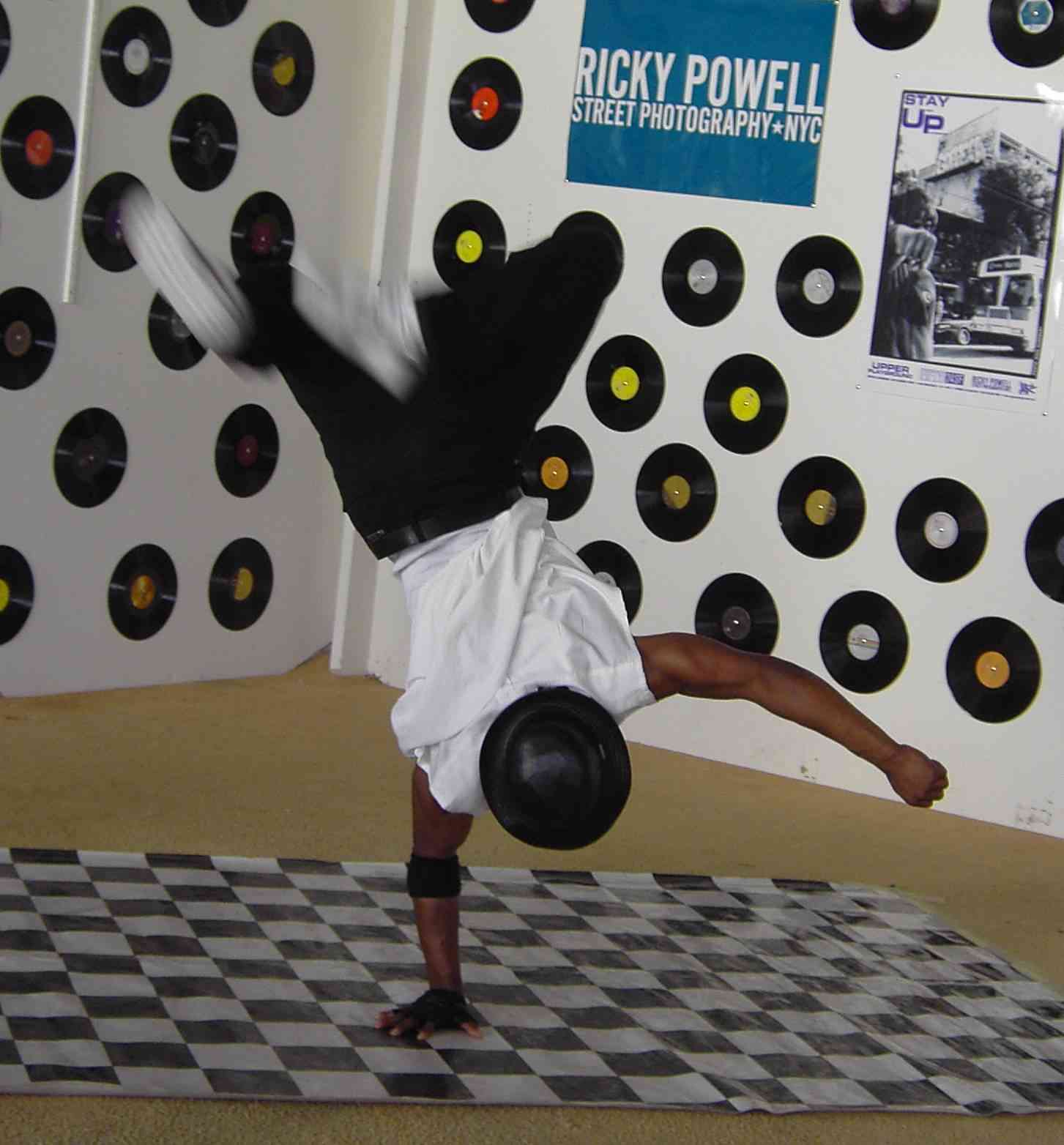 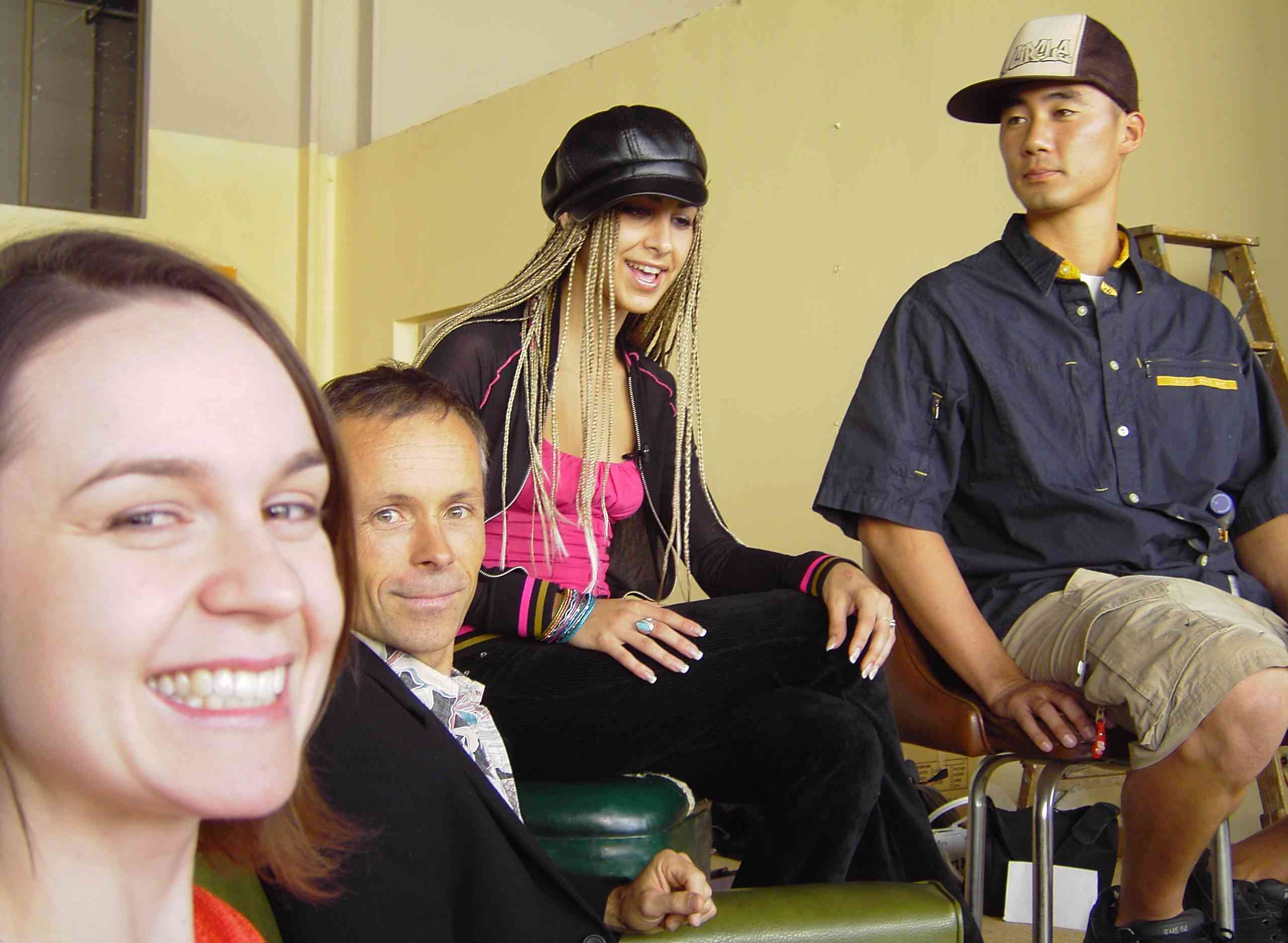 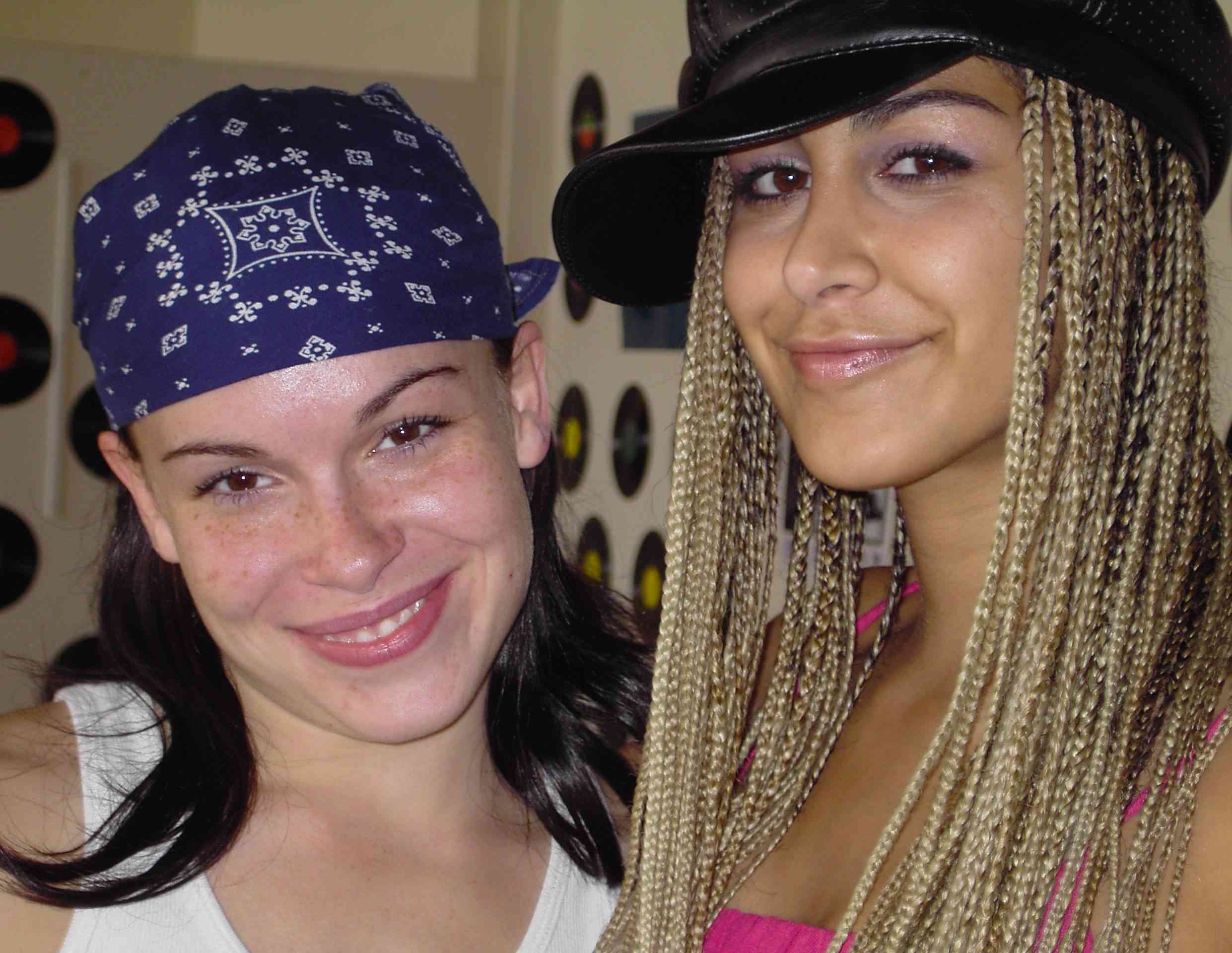 
In the Duncan Science Building at the campus of San Jose State University, after handing out my card to a group of women students in lab coats standing in the hall holding pieces of filter paper in the hall (for what, I don't know), I located my friend Jerry, who teaches meteorology there, and we got some pizza. After much amiable conversation, it was off to find the downtown restaurant AP Stumps, for Jon Zellhoefer's party.

Eight candidates were there on Election Night (Zellhoefer, Sproul, Miller, Dole, Valdez, Lane, Foss, and Cullenbine), plus the ever-helpful Cheryl Dietz, Jon Zellhoefer's campaign manager, who did more than anyone to make the Candidates' Forum a living entity, plus her family. Bay Area channels 2, 5, and 7 were also there, and some footage was taken by all three networks of me meandering around behind the various correspondents. It soon became clear that we were going make less of an impression on the vote totals than I expected, but we still had some fun (one of the photographers took a great picture of Diana Foss and I whooping it up, because Channel 2 reported she had 275 votes and I had 248 votes).

I drank a margarita and accidentally dropped the glass on the floor. I took some more pictures, and made my way, quite late, back to Sacramento. 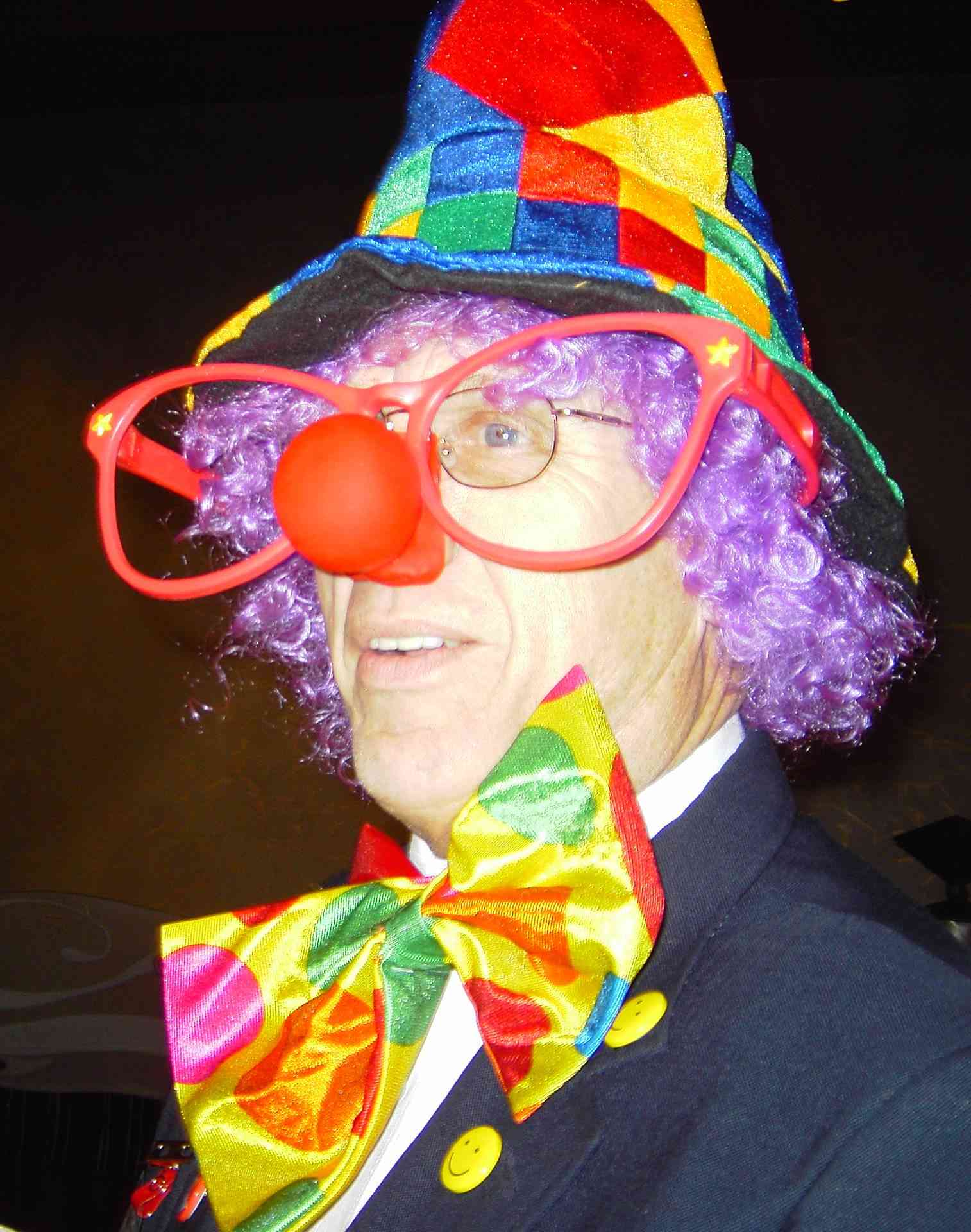 Candidate Bob Cullenbine
Posted by Marc at 1:25 PM No comments:

An English-language poll by some readers of Pravda, on who should be Governor of California.

Email ThisBlogThis!Share to TwitterShare to FacebookShare to Pinterest
Links to this post
Election Night Plans for Some Other Candidates

According to the LA Times Food Section.

On October 7th, I plan to spend the morning at or near my polling place in Sacramento, voting and campaigning. In the afternoon, I plan to visit "The Purple Cow", at KMTP Channel 32, at 1504 Bryant Street, San Francisco, between 2 and 5 p.m. (their program will air at 9 p.m.) Then it's off to San Jose for two events: Candidate Jon Zellhoefer's party at A.P. Stumps, and another event (location unknown as yet) put on by 'Yes on the Recall Democrats' and hosted by John Estrada. Don't know when I'll get back to Sacramento - maybe in time to be sworn in!

Email ThisBlogThis!Share to TwitterShare to FacebookShare to Pinterest
Links to this post
Sisyphus and the Pancake Breakfast

Saturday and Sunday were difficult days, mostly because of the Sisyphean effort to put together the Alternative Candidate's Pancake Breakfast at Fremont Park in downtown Sacramento (Between P & Q, 15th & 16th). Pam Van Kamp, President of the Fremont Park Neighborhood Association, found herself largely abandoned by her troops, just at the time her vehicle stopped running. So on Saturday, I was pressed into service, buying a tent and tables on sale at Costco (because the City of Sacramento inexplicably insists that when one cooks in parks, one should cook within flammable tents), buying pancake griddles at Target, helping with flyers, going to and fro, etc.

On Sunday, things went wrong, of course. The tent came without poles (explaining why it was on sale), there were repeated trips to bring supplies, and various items, like bowls and a spatula, had to be obtained. Fortunately, the Alternative candidates on Jim Vandeventer's big bus from southern California were game: Diana Foss manned the griddle, and Dick Lane whomped up the batter. Everyone had enough to eat, and we debated each other. Warren Farrell and Diane Beall Templin, in particular, took advantage of the speaking opportunity.

There were also a few candidates I haven't met before: Bill Chambers, Warren Farrell, and Darrin Price spring to mind. And the mysterious Christy Cassell.

Then of course, the effort to schlep all the stuff out of the park! Exhausting! 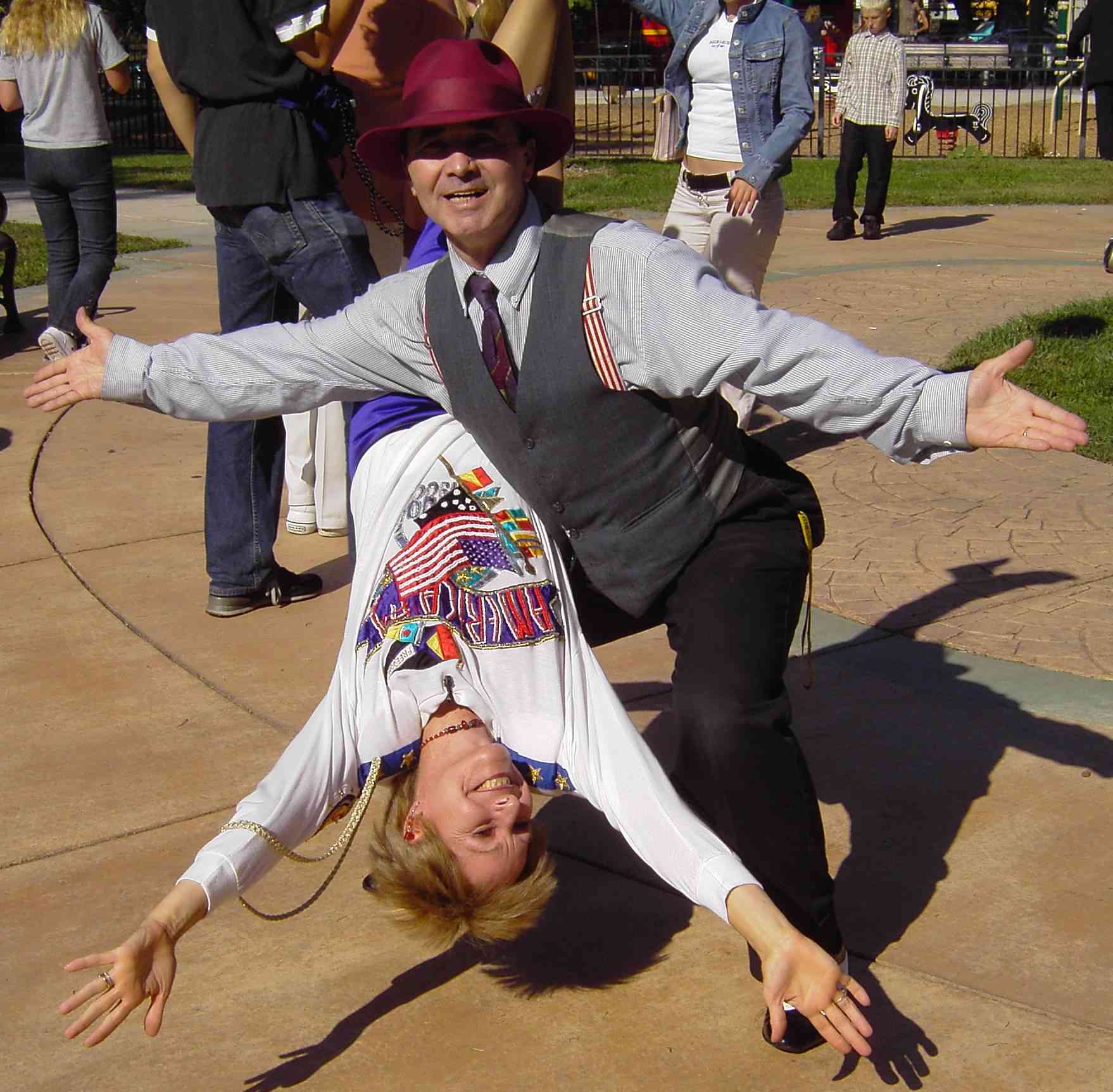 Candidate Diane Beall Templin and her partner John (Wadsworth?), in a characteristic pose 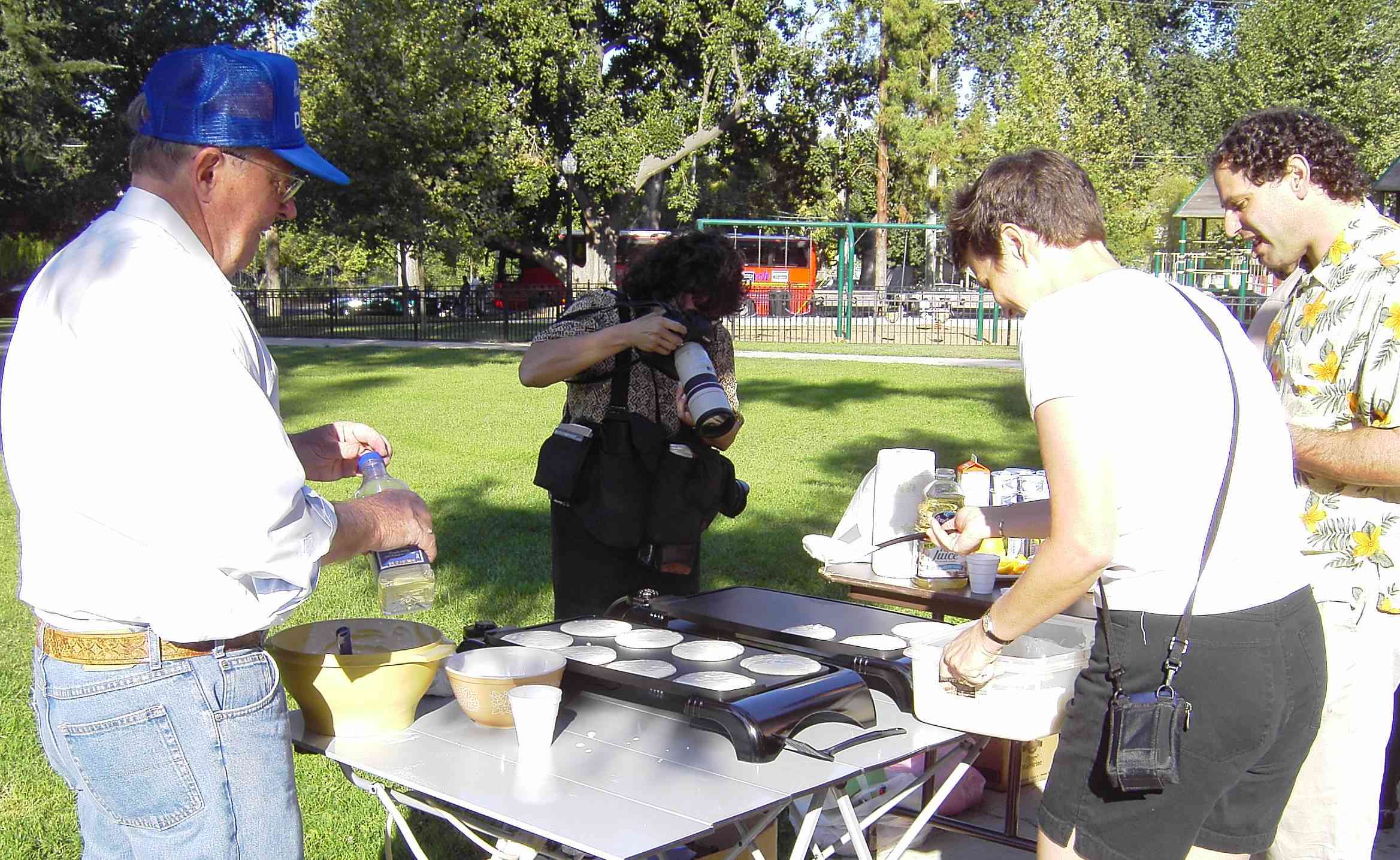 What can one make of the attack by Arnold's supporters on fellow gubernatorial candidate Georgy Russell? Fascism ascendant? Group zealousness? Whatever it is, it's ugly, and I hope it's not part of a trend in California politics.

Email ThisBlogThis!Share to TwitterShare to FacebookShare to Pinterest
Links to this post
Later on Sunday - Thanks for the Recall!

After lugging tons of stuff back home after the pancake breakfast, and after delivering last Monday's hard copy LA Times with our pictures in it to Pam Kay Lourentzos at the ballet class I was skipping that day, it was off to the State Capitol for the Alternative Candidates' rally. We had the north steps of the Capitol - Arnold had the south steps. Arnold had 'Twisted Sister', too much sunshine, circling helicopters, and a very large audience: we had about ten candidates, pleasant temperatures, circling pigeons, and whoever drifted past on their way to Arnold's rally. We did some nice debating, with Jon Zellhoefer posing questions to C.T. Weber, Gerold Gorman, and myself. Gerold and myself made a good tag team - maybe we should do radio together.

Christy Cassell set up a table to sell merchandise, and she spoke a little too. I find her presence to be a little mysterious, since she's not one of the 135 - I guess she's a write-in candidate. She's good-looking and apparently has a flair for merchandising. There have been a few other candidates too, including a Mr. Walton from San Diego, who also has a big bus, and a support staff too. I'm not sure if these folks are just people who barely missed qualifying for the ballot and decided to run write-in candidacies anyway, or whether they knew an opportunity when they saw it. In any case, they are another interesting wrinkle on the campaign.

Afterwards, I tried to encourage the candidates to follow me to Davis' Central Park for a meet-and-greet. Because I didn't ride Jim Vandeventer's big bus from southern California, I didn't realize that the bus wasn't going to San Francisco after all, but was instead returning empty to southern California. So if I was to get candidates to come to Davis, I would have to act fast. I agreed to meet Jon Zellhoefer at the Hyatt on L Street, but because I started talking to an Arnold supporter, I was slow getting over there.

Guess who I met in the lobby of the Hyatt in Sacramento? I strolled in, all sweaty, carrying my long, orange, utility-grade extension cord, and looking for Jon Zellhoefer. There was this familiar looking guy in the lobby talking to several young people, and saying something like "I didn't want to quit, I wanted to stay in, but (blah, blah, blah) soft money". It was Darrell Issa! I identified myself and thanked him for the recall! Then off I went to find my car....

I went to Davis, just to be sure if any candidates were there, but no one was there. I picked up the Sunday Davis Enterprise and saw Corey Golden's fine interview regarding myself, returned home for a shower, and then back to Davis again for DMTC's Sunday evening "Music Man" at the Varsity Theater in downtown Davis. What a day! 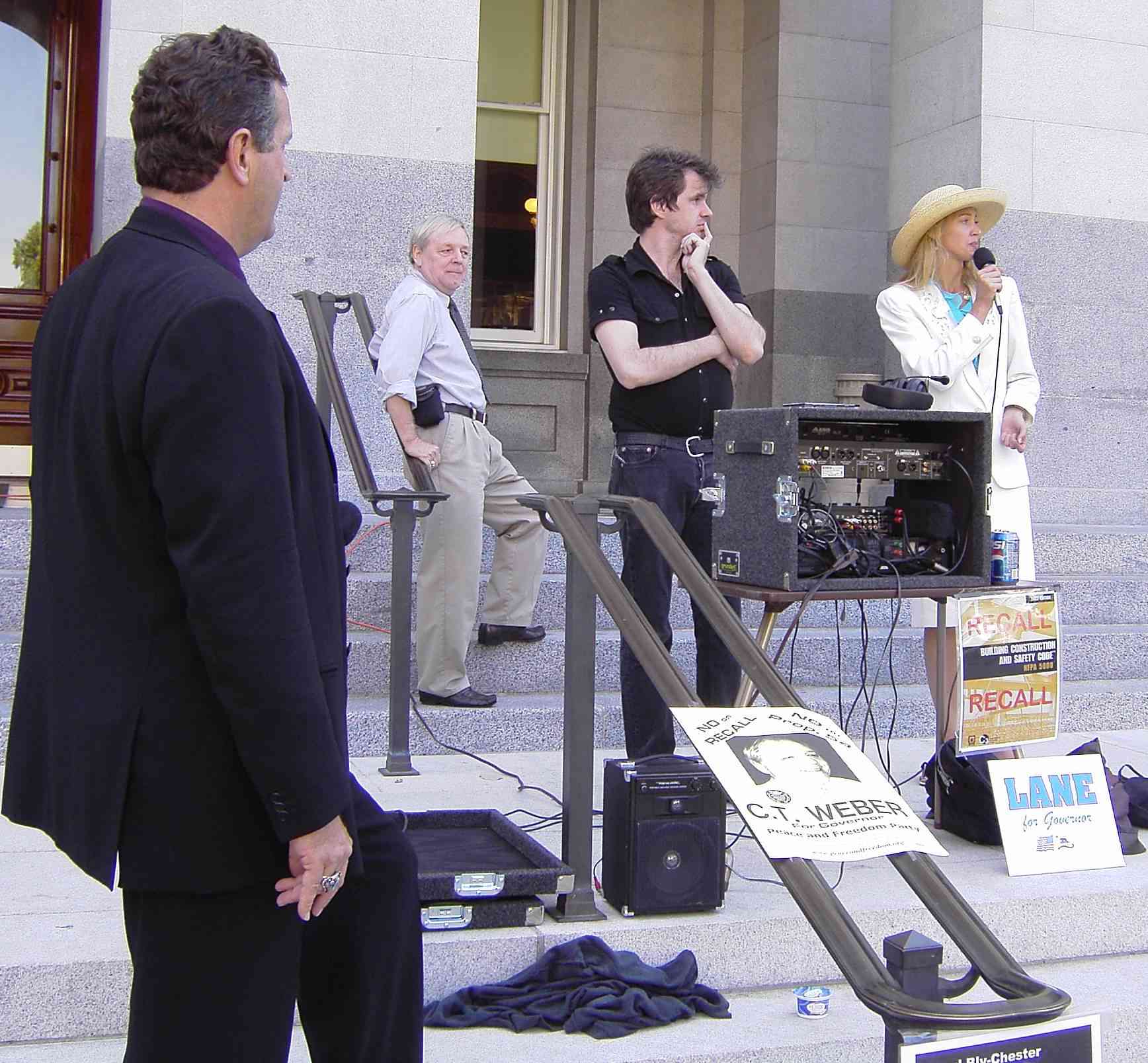 North steps of the State Capitol, with Jon Zellhoefer, C.T. Weber, Gerold Gorman, and the mysterious Chris Cassell
Posted by Marc at 1:17 PM No comments: