Last night, DMTC's "Man of La Mancha" opened at the Varsity Theater. I was in the show as a Muleteer when we did it in Year 2000: this year, I was content to watch. The Year 2000 show was excellent, (and featured Rodger McDonald, Elizabeth Monet Nilsen, Robert Ponce, Warren Harrison, Troy Thomas, Nancy Agee, and Andrea Eve Thorpe).

The Year 2005 show is a triumph. The current cast (featuring Byron Westlund, Lauren Miller, Ryan Adame, J.D. Diefenbacher, John Hancock, Dannette Vassar, and Emily Beal) is on a par with the Year 2000 cast, but several elements are superior to the Year 2000 show:

This is Byron Westlund's first show with DMTC. He has a solid command of the stage, from years of experience in the Monterey and S.F. Bay area, and is one of the few people I've ever seen who can speak directly away from the audience, into the sound-absorbing back of the Varsity Theater, and can still be clearly understood, even towards the back of the sound-absorbing audience. Really an excellent choice for the role!

"Man of La Mancha" dates from the mid-1960's, and features a measured pace that can be deadly if abused, but has a nice cumulative impact when done well. There were very few pacing problems on opening night - the Aldonza abuse scene should probably be picked up a tad, maybe, but that's it. Indeed, the show seemed to have very few opening night problems at all (a few slight lighting and costuming difficulties maybe). I'm eager to see what the Davis Enterprise reviewer makes of it. A clearly superior show all around!

Quiet trip back. Tuan Ngo and I went to the airport together. No good pictures - the entire Pacific NW is cloudy (although California got the rain, which just adds insult to injury for the Pacific NW drought).

Saw ex-DMTC regular Patrick Callahan at the Seattle Airport! Just the briefest conversation with him: apparently he still comes regularly for work to Sacramento. I wish he and Cammie and Emeri were acting again with us! 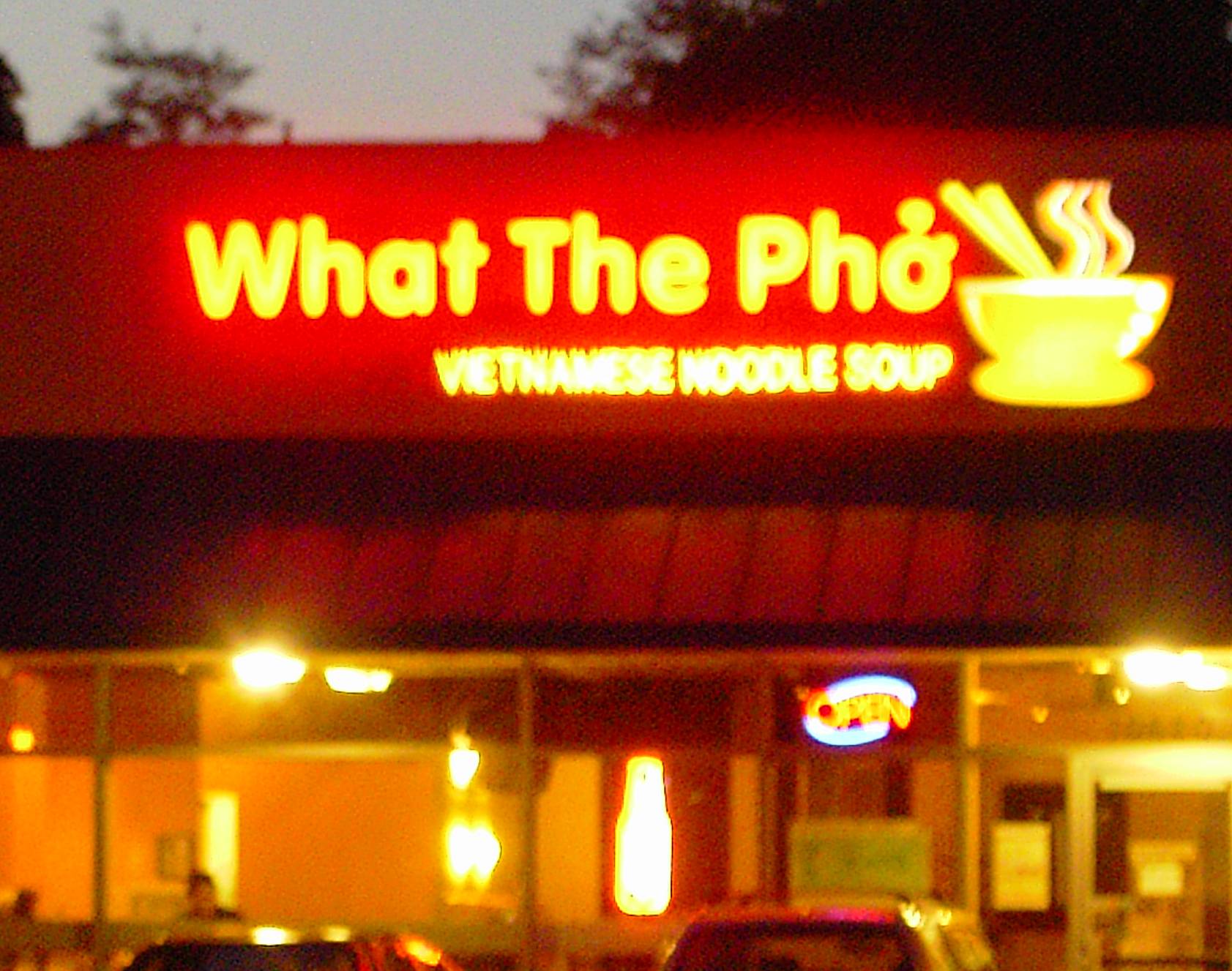 A restaurant in Bellevue, Washington. According to Tuan, it means 'rice noodle' in Vietnamese.
Posted by Marc at 11:36 PM No comments:

Lunch at Zeke's Pizza. Slightly rainy. Nice and warm, though.

Visited with Page and Charlie! After class, I travelled to Bellevue, but made two mistakes:

Nevertheless, because I got an early start, there were no real problems finding the Z-Tejas Restaurant.

We had a great time, over fancy enchiladas. The margarita went to my head, and I accidentally put 'Equal' in my diet soda. We talked about new times, and old.

Charles is in his element: young, successful stockbroker, working his way up to managing a portfolio. Page is in her element: designing catalogs for Pacific Rim. They bought a new house in Redmond less than a year ago, and they say it's value has appreciated 30% already. They just recently returned from a plush 1st anniversary trip to Scottsdale and Sedona, AZ. Ah, to be young, with resources, in a booming place! 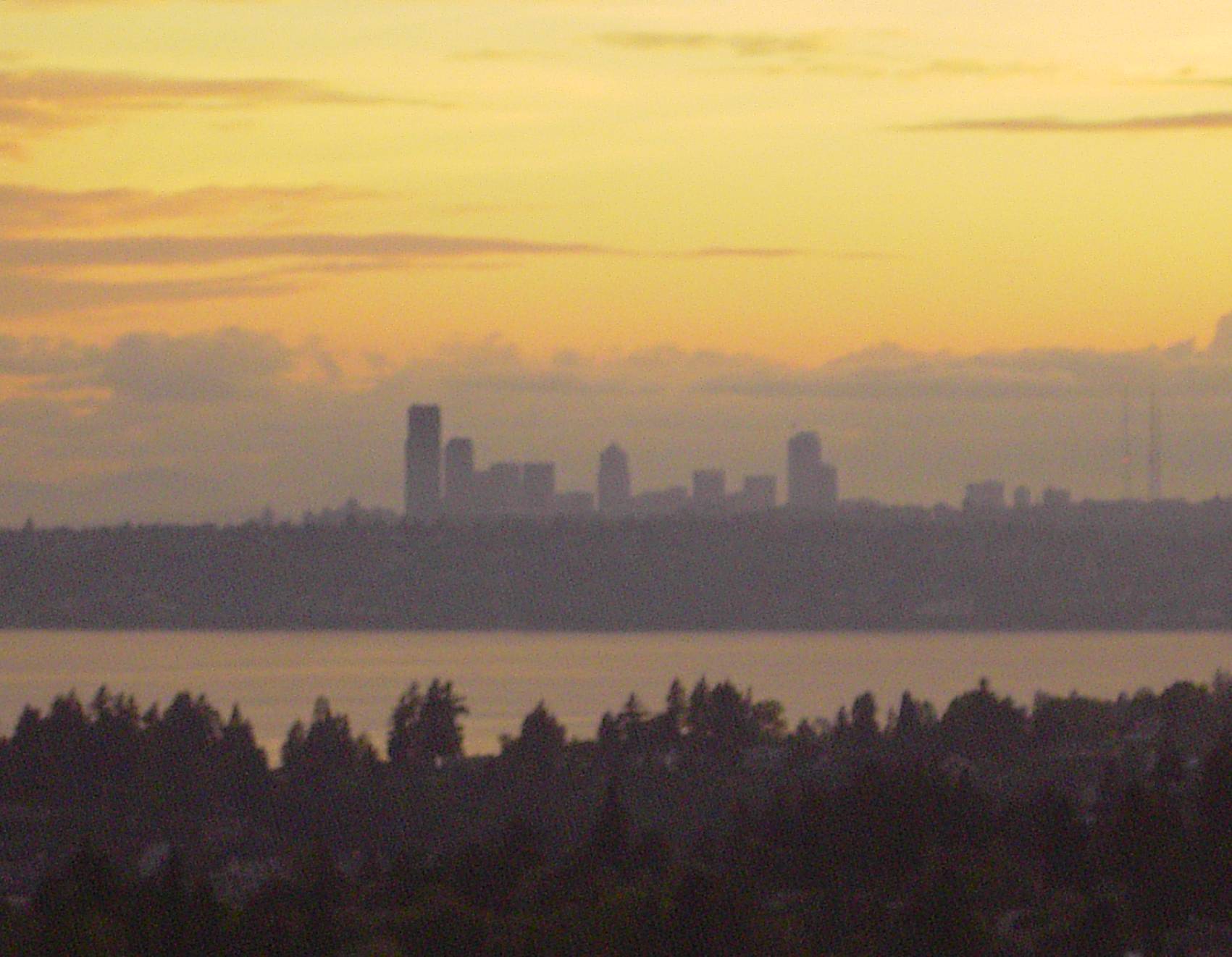 Seattle skyline, as seen from Bellevue, across Lake Washington, from the 23rd floor of the City Center Belluvue Building. The quiet community of Medina (pop. ~3100) sits on the near shore of Lake Washington (apparently Bill Gates lives somewhere around there). 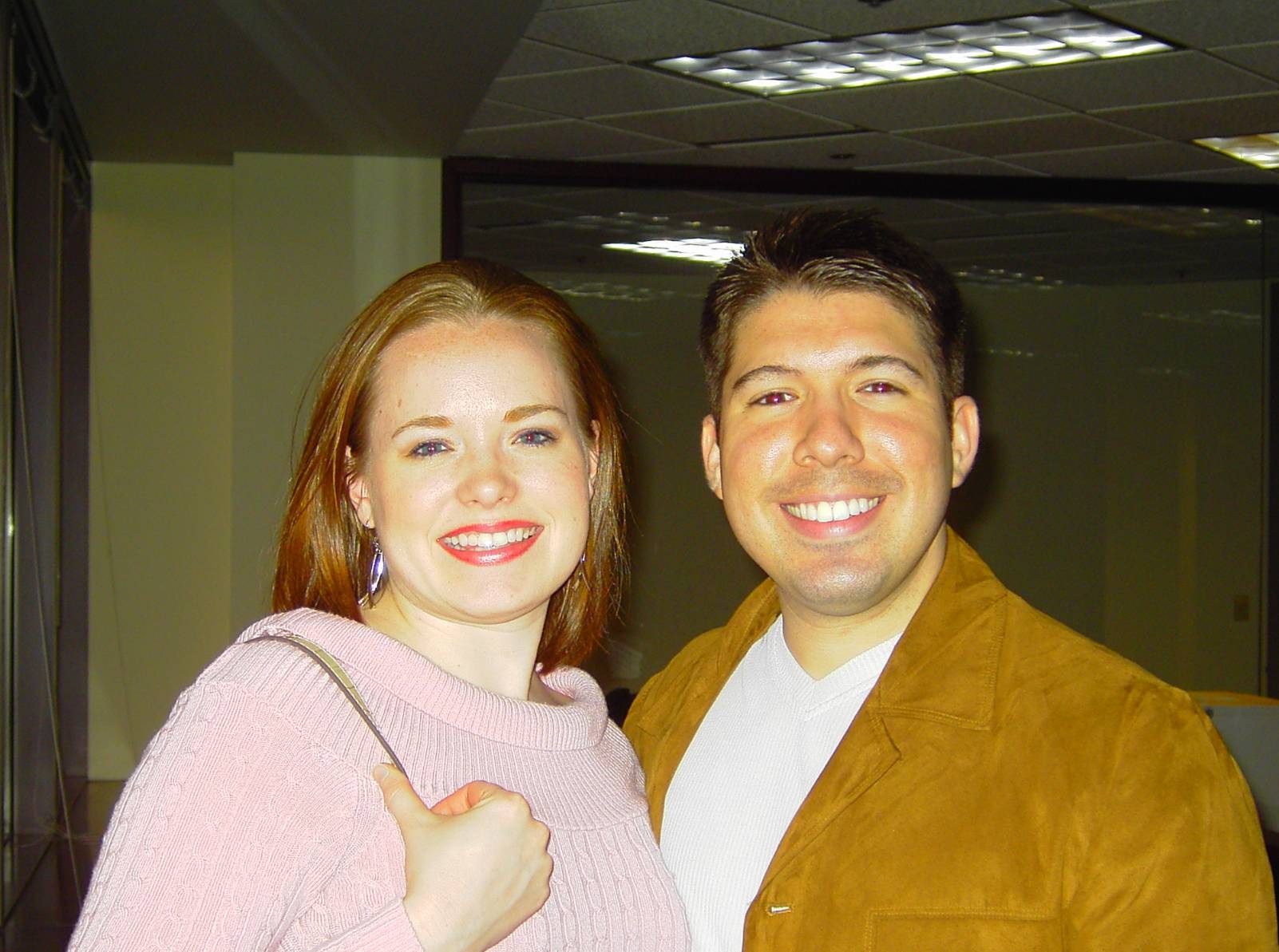 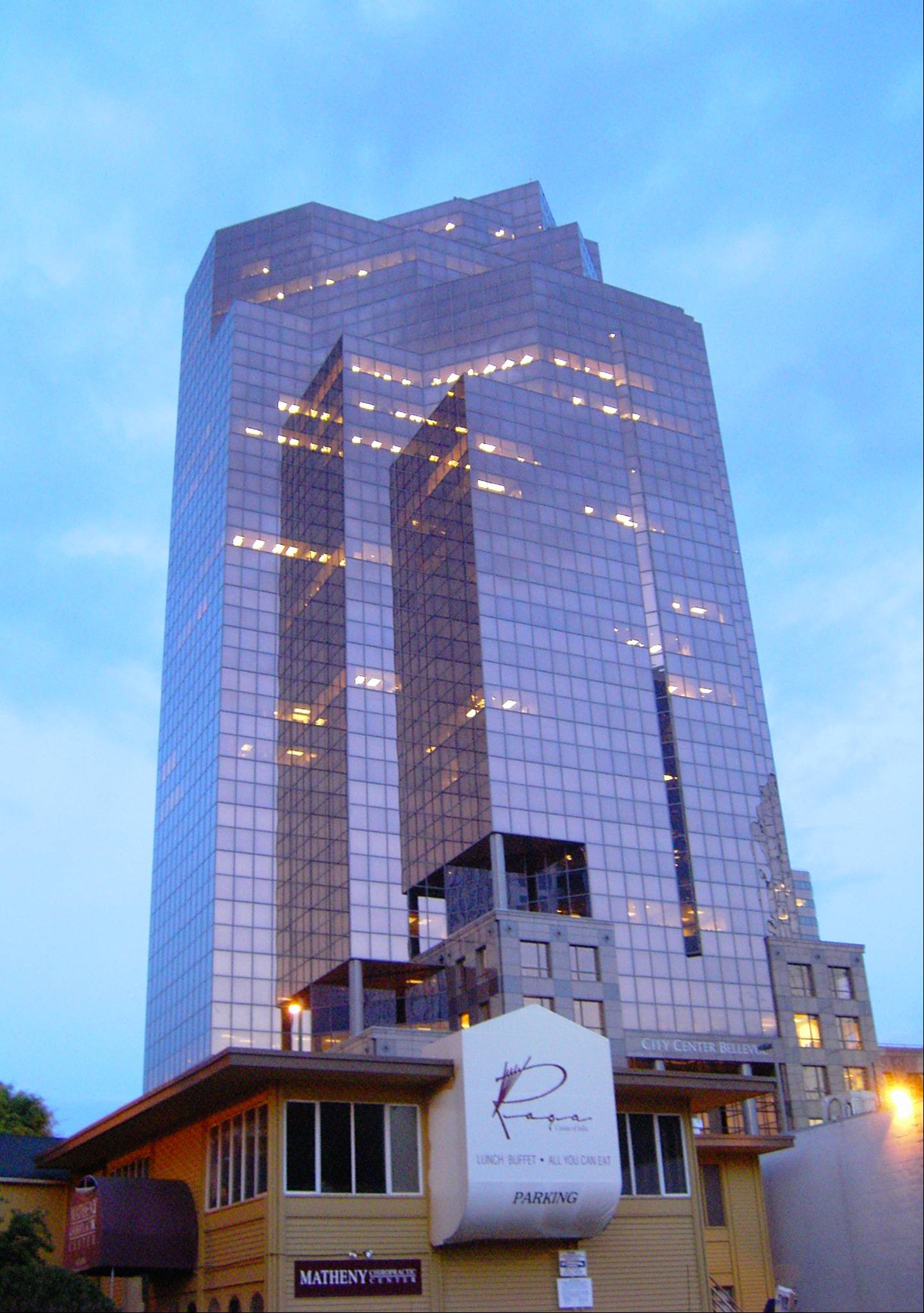 Email ThisBlogThis!Share to TwitterShare to FacebookShare to Pinterest
Links to this post
"The Bluest Skies You've Ever Seen...."

Tuesday was a beautiful day in Seattle! Just gorgeous!

Two notable people in class: Tuan Ngo from the CA Energy Commission (the fellow who reviews much of my work), and Andrew Hewitt, Australian meteorologist specializing in pesticide dispersion, and who lives not far from Brisbane (and thus, so far, is my own only human contact in Queensland.

Lunch with the gang at Shallots Asian Bistro (lo mein).

After class, I took a vigorous 2 1/2 hour walk around downtown Seattle, taking advantage of the remaining sunlight.

Rush hour was in effect. Banks, and yuppies; yuppies and banks, sirens and cops. Lots of young people on the street, some yuppies, some rockers, some fairly edgy, many not. I overheard bits of conversation, and everyone seemed to be mostly talking about just one subject: sex. Mostly on their cell phones.

Went up the 76-story Bank of America tower elevator (73rd-story observation deck closed at 4:30 p.m., though, beautiful day or not - drat!) Tried to sneak into unoccupied offices to gape at the view, but the doors were locked.

Seagulls were flying through the street canyons formed by all the banks - seagull calls echoed off the glass windows! At Benaroya Hall, where the Seattle Symphony plays, the seagulls were fighting over an abandoned tostada on the sidewalk, making it especially noisy!

Walked past buildings under construction and the Seattle Art Museum, and its down-market counterpart across the street, The Lusty Lady Theater (Expose yourself to art! Erecting towers 24-hrs/day!)

Walked over to the Farmer's Market area (although people were closing up shop at 6:30 p.m.) Sat in the sun! Took photos! Got the exercise schedule at Seattle Athletic Club (unlikely to do aerobics under the current schedule, though). Walked back, toppled into bed, took a nap, and then went to Denny's (15th Ave. NW - fried eggs) for a late dinner alone. 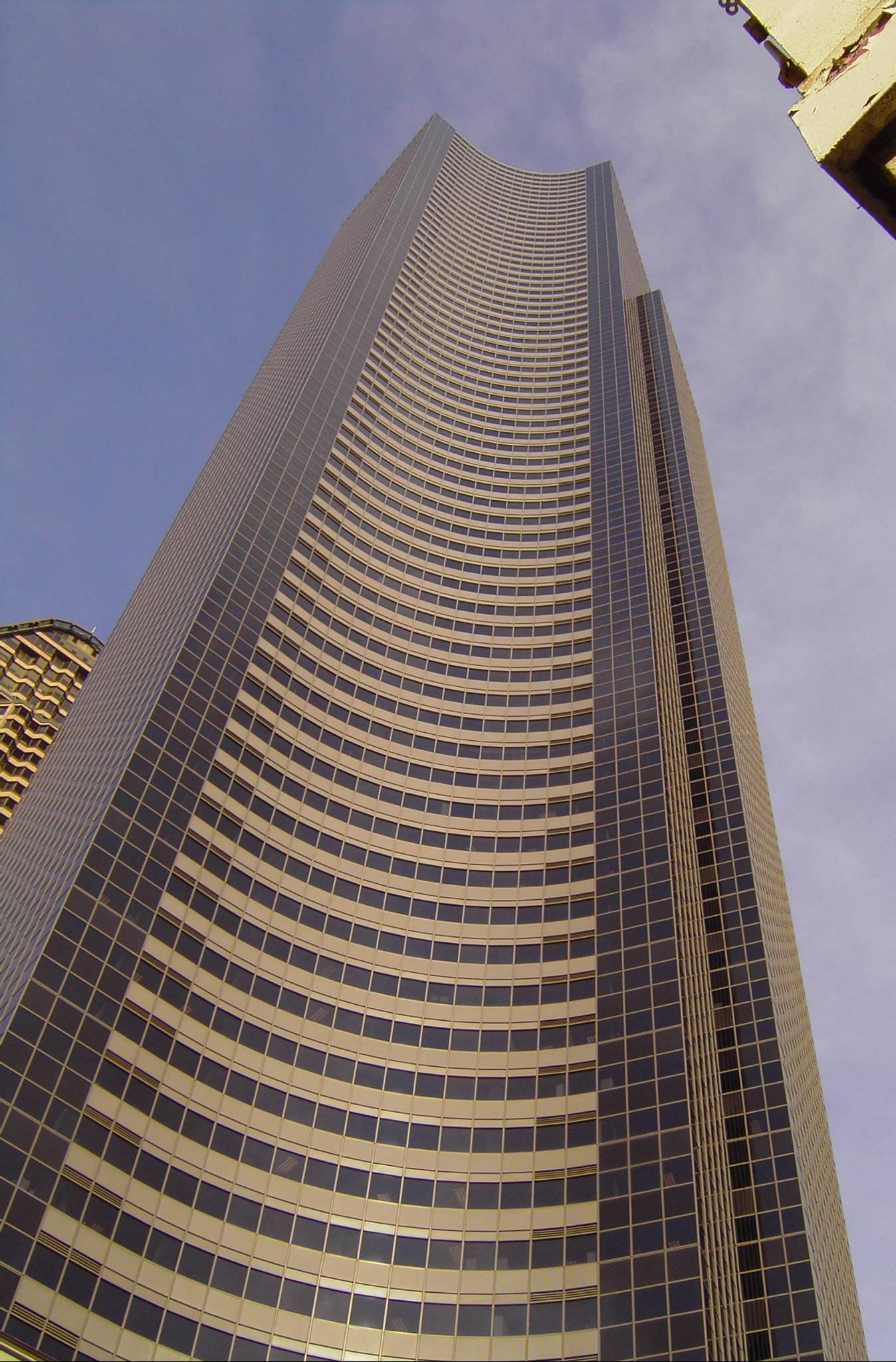 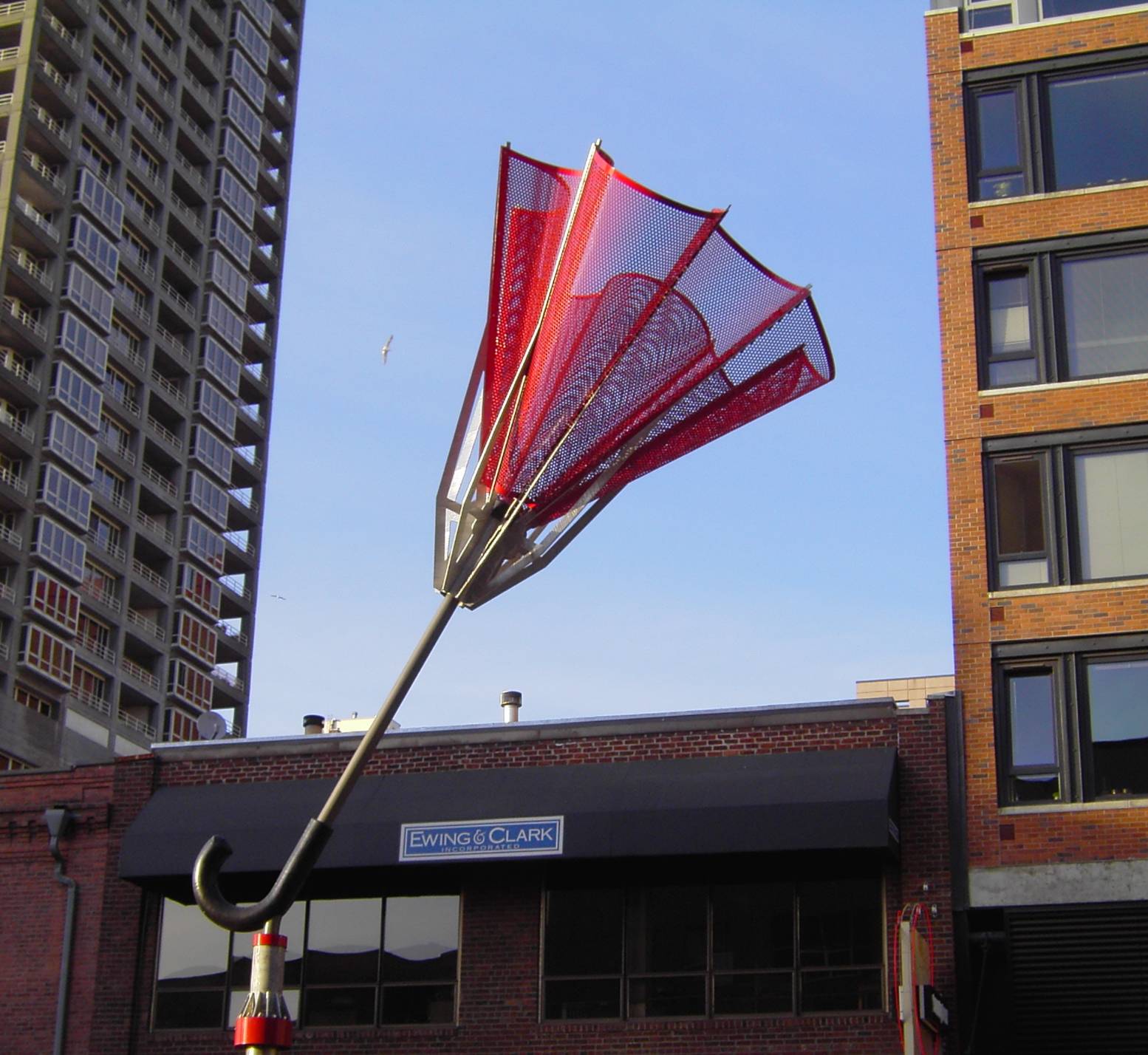 The weather: a Seattle preoccupation. 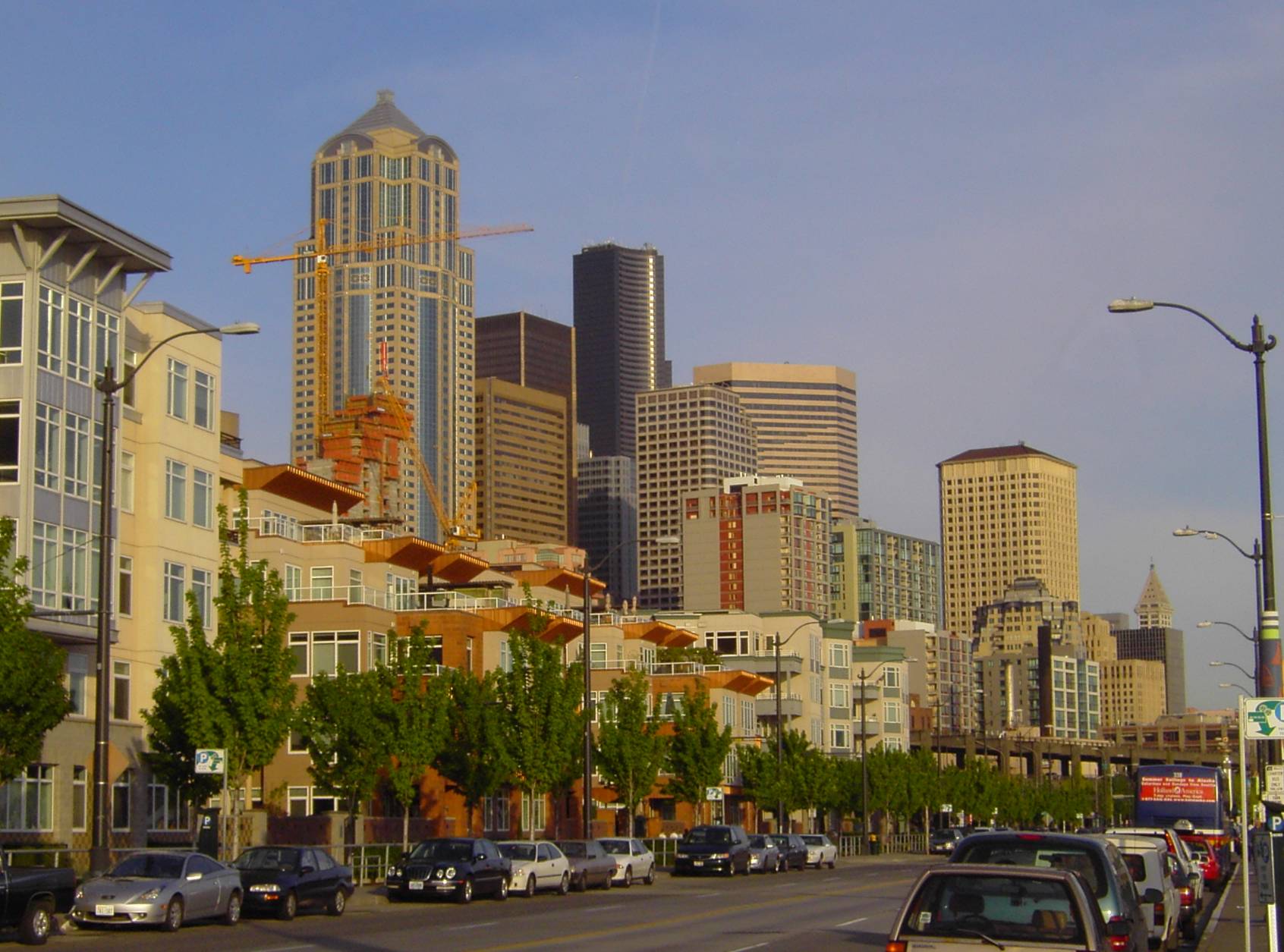 Seattle skyline, from the Marketplace waterfront.
Posted by Marc at 9:52 AM No comments:

Well, here I am! I arrived early for the class, for the first time in my life, and I am the only one here so far!

The flight yesterday was nice - some good views, lots of puffy cumulus clouds, but unfortunately the pilot flew directly over most of the Cascadian stratovolcanoes, so only he could see them. Plus the Pacific NW was clouding up (*sigh*) Notable sights:

We arrived shortly before sunset, and the sun was breaking through the multiple cloud layers. Really dramatic views of the harbor and downtown and the rest of the city!

The rental car had 5 miles on the odometer when I picked it up, and an empty gas tank(*grumble*). I spilled a bag of candy, and there is crushed sugar everywhere now. Talked to Page (nee Forment) on the phone and set up a dinner appointment with her and Charles for Wednesday.

This downtown neighborhood is yuppieland. Ate at a really pleasant place called the "icon Grill" (lamb shank with polenta). Notable nearby sights include:
You tend to notice the little things when you travel. At the airport, there was a public service announcement being broadcast that the "Port of Seattle police and fire departments are here to help you." It had not occurred to me before that the situation might be otherwise! Then I began to wonder whether they were, in fact, here to help me at all. Before I left the airport, I had decided they could well be my enemies. I decided not to do anything that could settle the question. 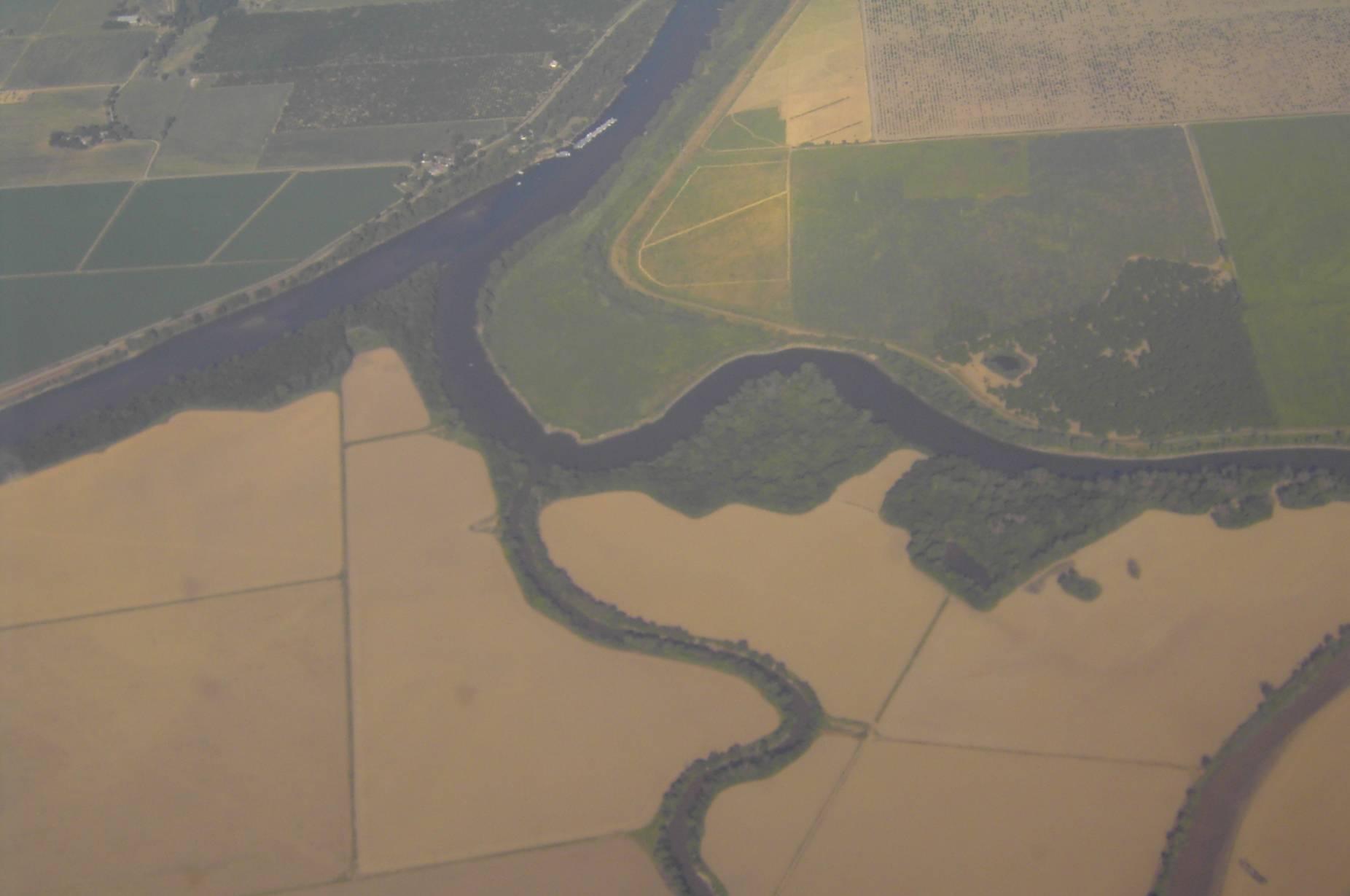 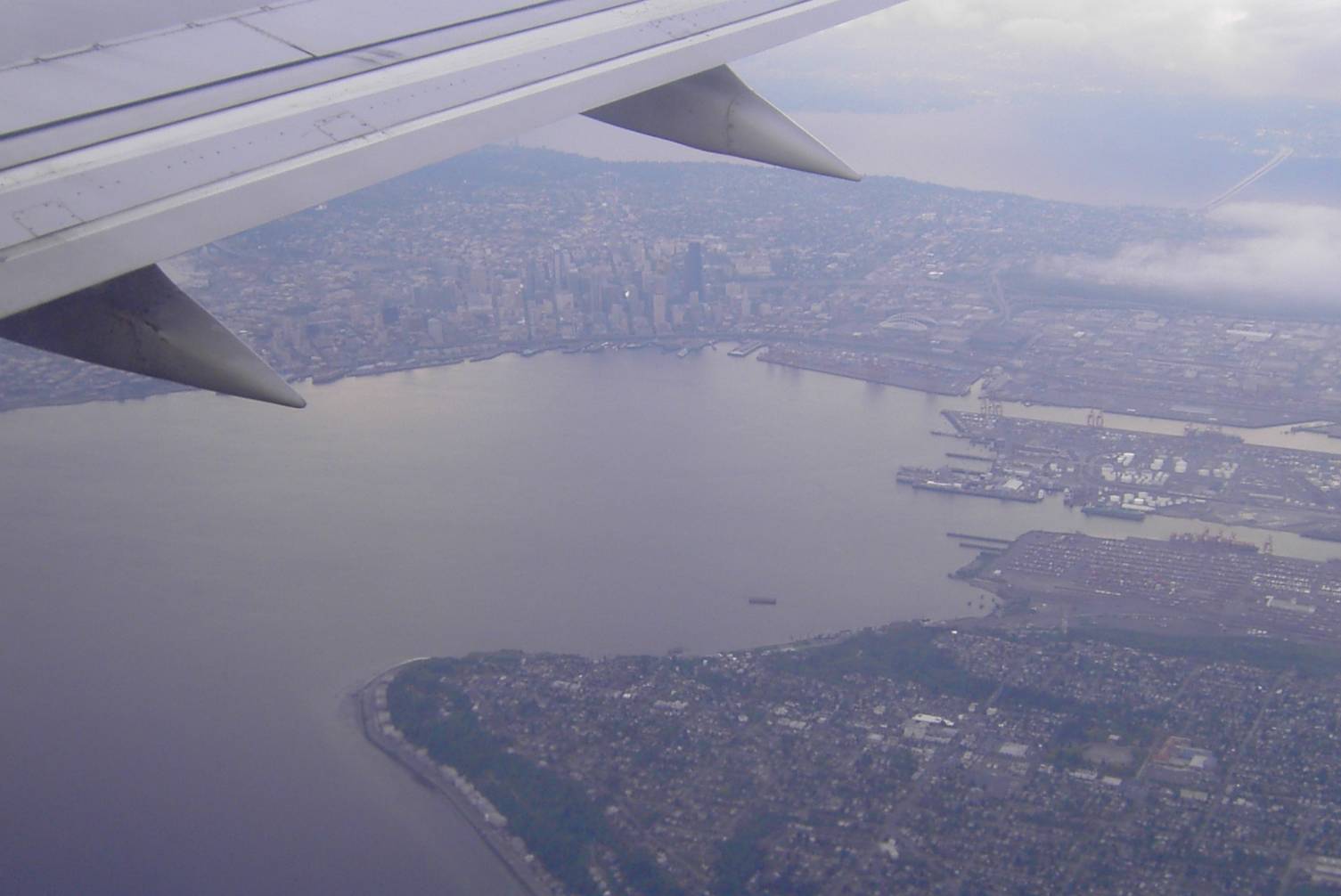 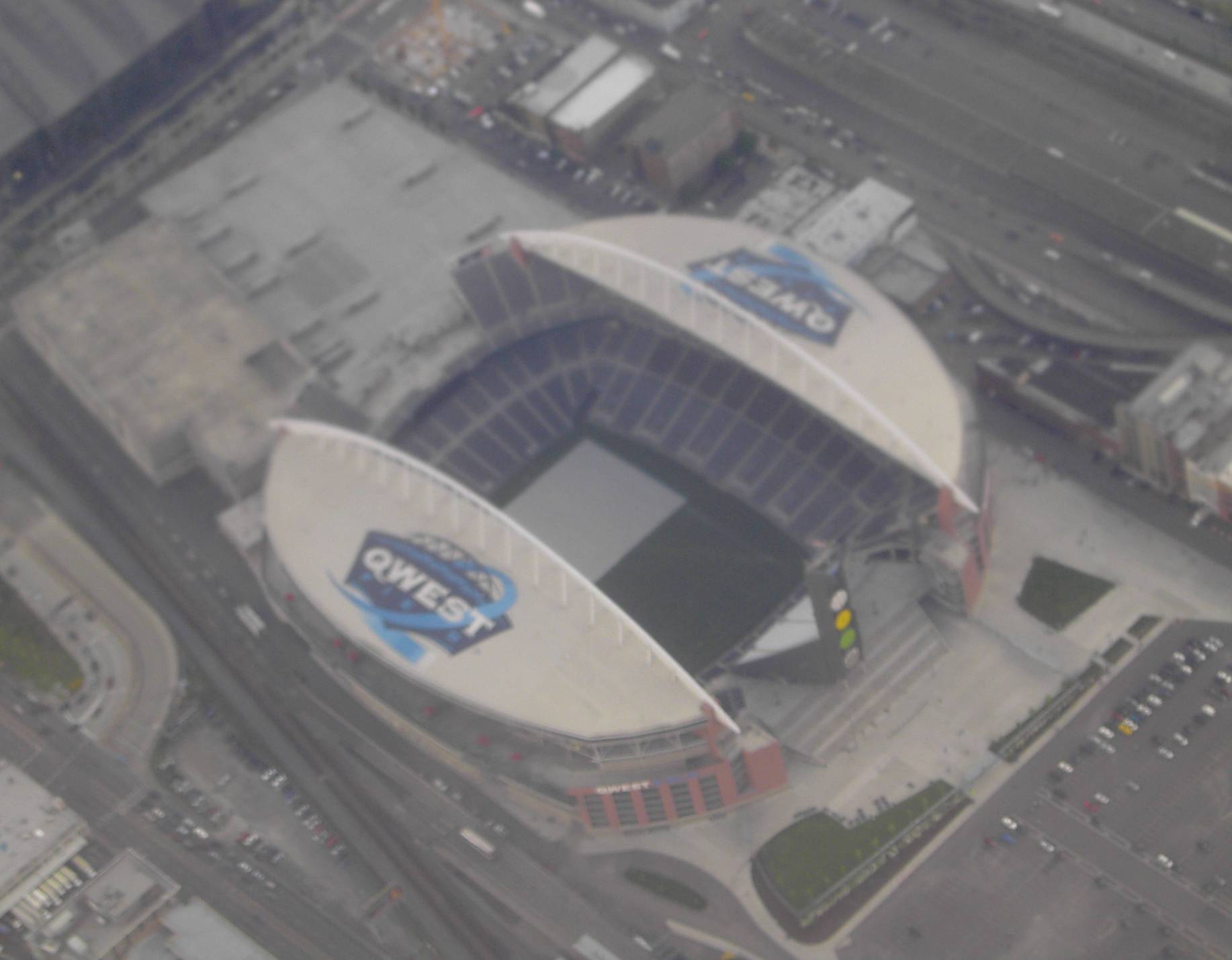 Qwest Arena.
Posted by Marc at 8:01 AM No comments:

I will be in Seattle for a CALPUFF modeling class from Tuesday through Thursday. I hope to blog while there!
Posted by Marc at 2:17 PM No comments:

Pictures of the effects of rainfall in Arizona: 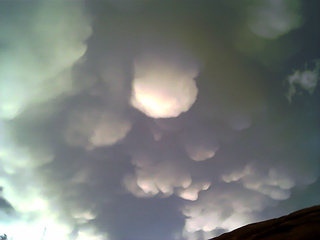 Mammatus clouds over the Grand Canyon. The pendular hanging parts are downdrafts from an overhanging nimbocumulus anvil. They are very pretty, but quite nauseating to fly through in an airplane - quite turbulent! (photo by Doug Nering). 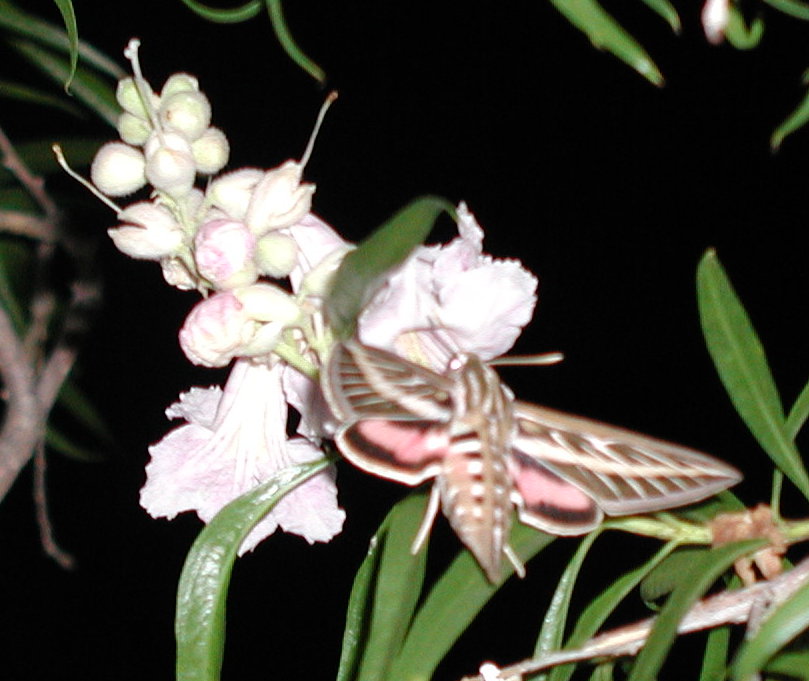 Hummingbird moth (also called hawkmoth) from Ahwatukee (on the fringe of the Phoenix metropolis). Very strange moths - look like hummingbirds, but very quiet! Tongues that are 5" or 6" long! (photo by Deborah McMillion-Nering).
Posted by Marc at 2:11 PM No comments:

That LANL blog has been getting a lot of attention, including from the New York Times.
Posted by Marc at 2:09 PM No comments:

When I read this in last Sunday's New York Times, steam began escaping from my ears. This behavior is SO wrong! Merck hid the number of deaths due to heart attack, so that statistical significance was never reached. Dumb Dr. Lisse violated all scientific ethics with his editing practices:

Dr. Lisse said that while he was listed as the paper's first author, Merck actually wrote the report, an unusual practice.

"Merck designed the trial, ran the trial," Dr. Lisse said. "Merck came to me after the study was completed and said, 'We want your help to work on the paper.' The initial paper was written at Merck, and then it was sent to me for editing."

Dr. Lisse said he had never heard of the case of the woman who died, until told of it by a reporter. "Basically, I went with the cardiovascular data that was presented to me," he said.

The 73-year-old woman who became the subject of the debate inside Merck died on Oct. 21, 1999, a few minutes after calling her son to tell him she felt short of breath. By the time her son reached her house, she was dead. Records show she had been taking 25 milligrams of Vioxx a day as part of the clinical trial.