A Woman of Warmth Departs for a Colder Clime 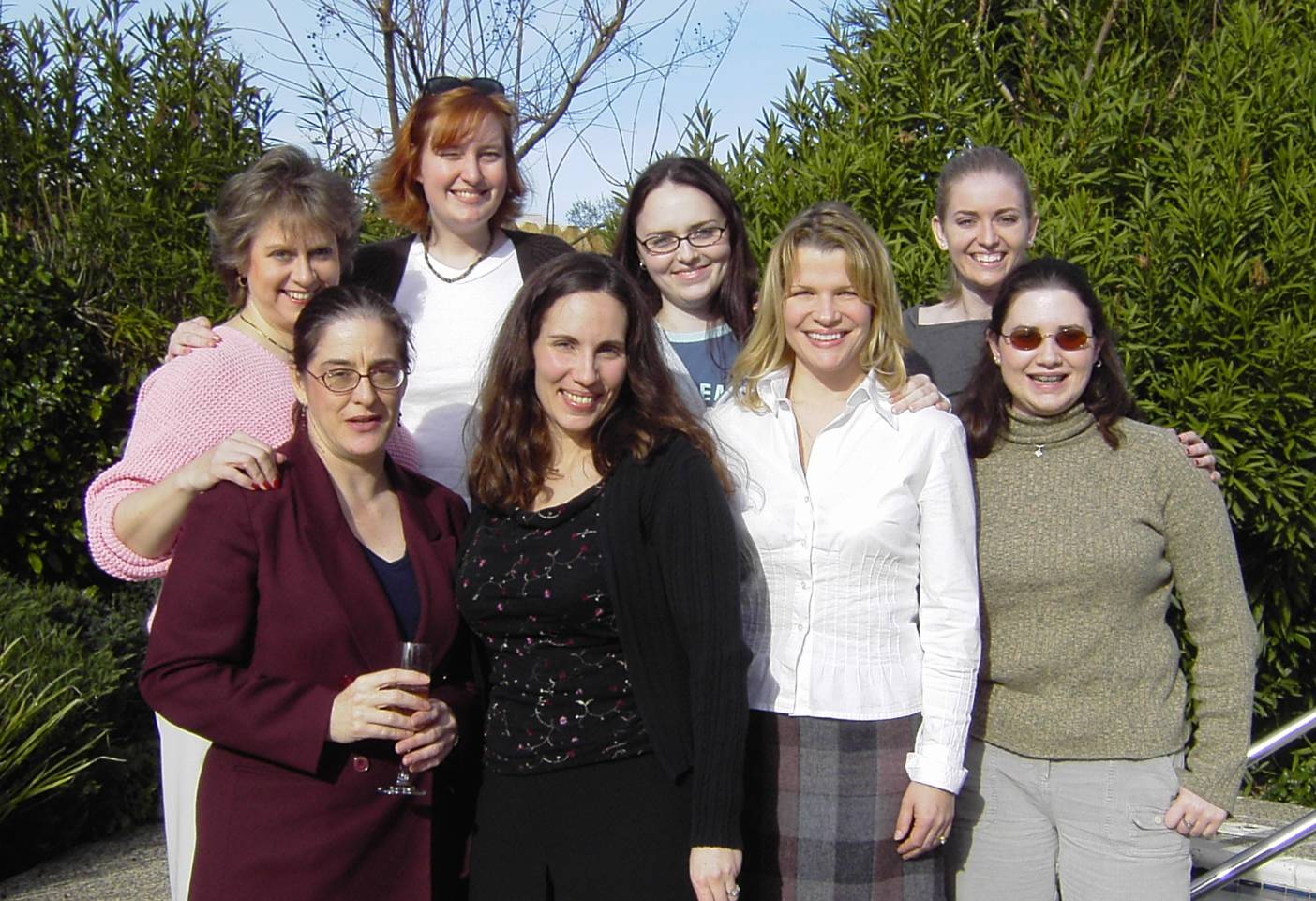 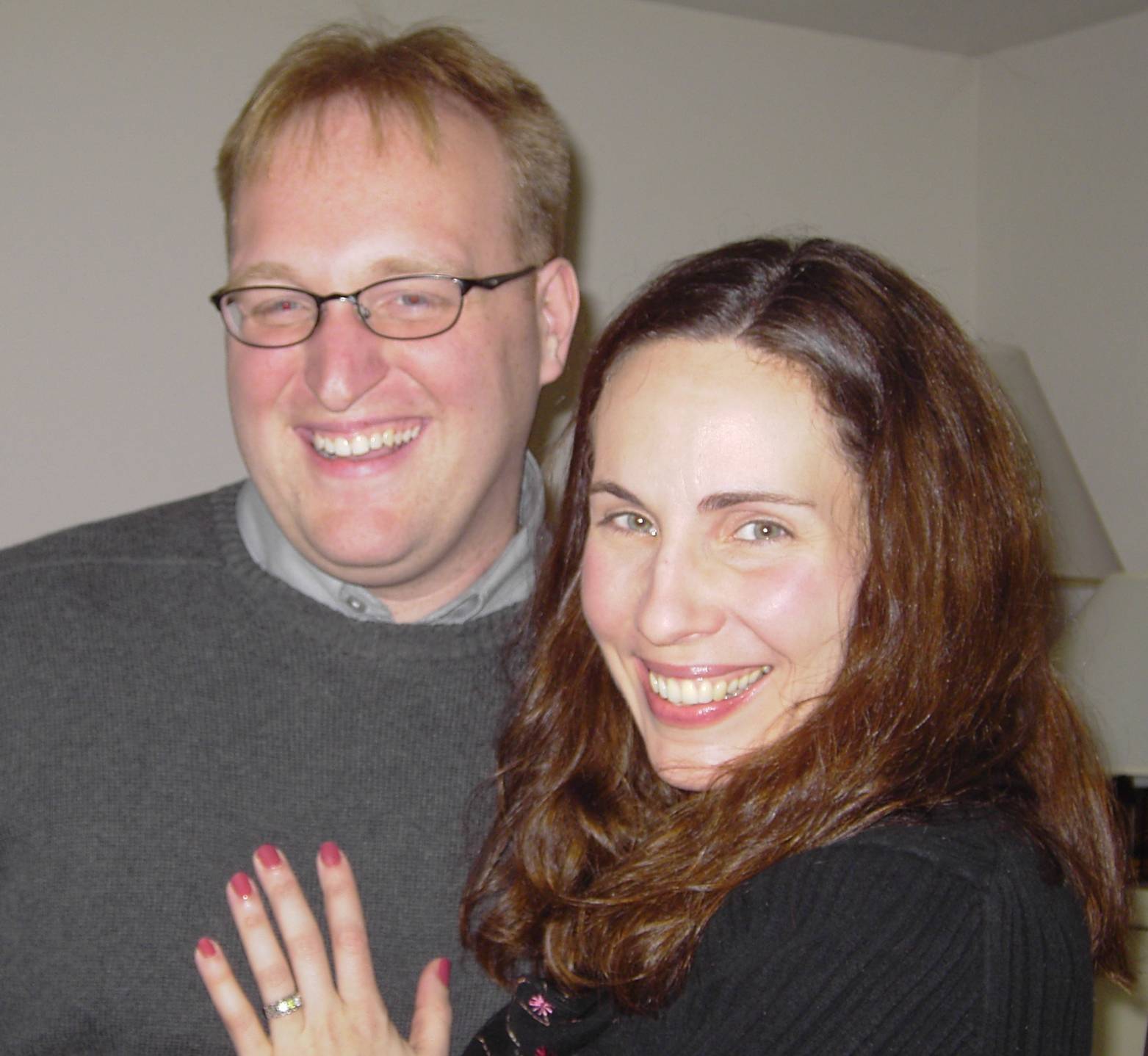 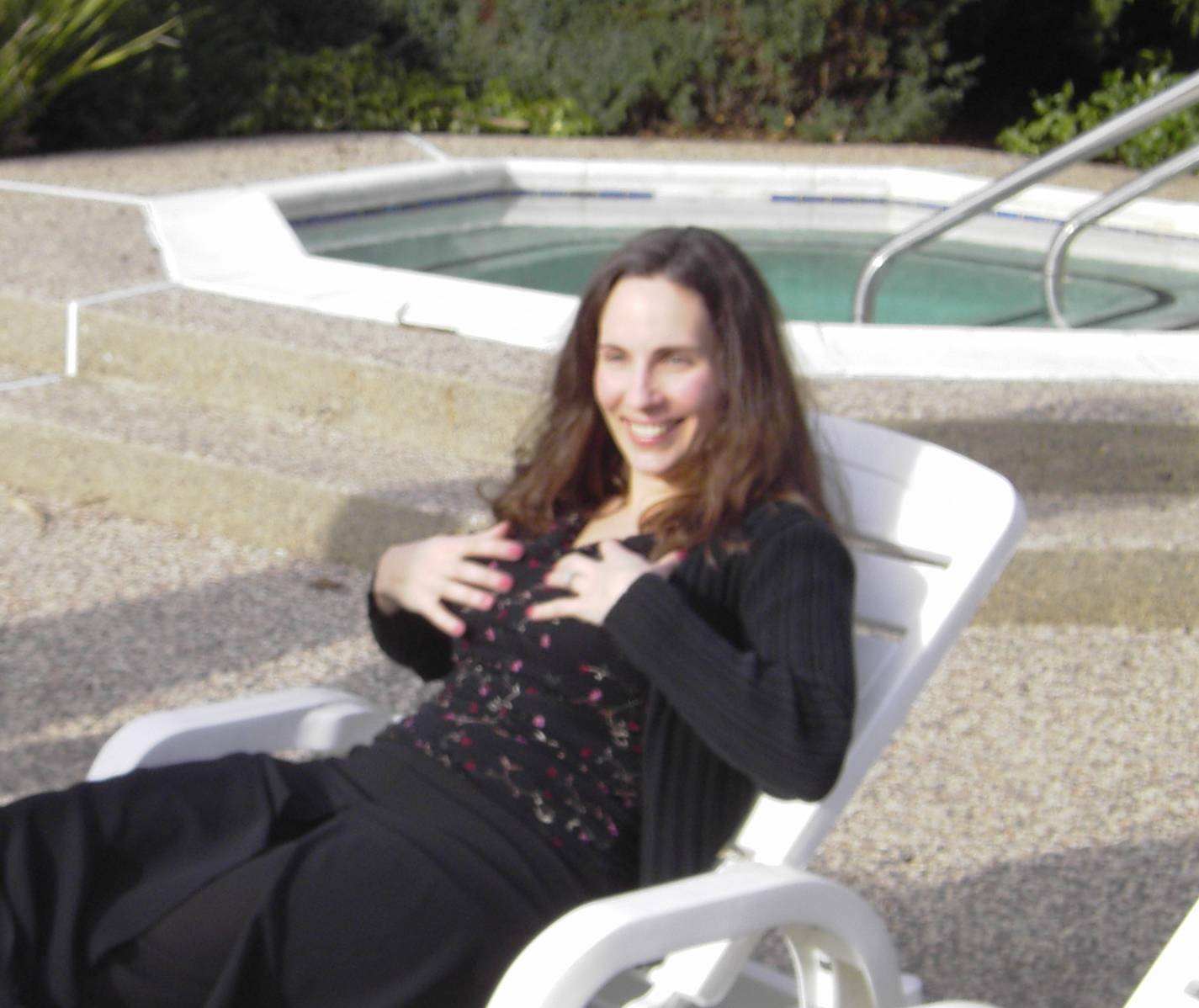 Kathleen tries to explain something I don't understand, maybe something about how she achieved success on the Sacramento stage.

Saturday, Feb. 28th was a happy (but wistful) day. Kathleen Reilley, with whom I worked in three shows at the Woodland Opera House ("A Chorus Line" and "A Funny Thing Happened on the Way to the Forum", 1999: "Guys and Dolls", 2001), is moving on. There was a nice party, hosted by her mother Mary, at the Rolling Hills Apartments clubhouse in Fair Oaks. It was a very nice party - numerous Canadians from Ontario (Ontarioans?) were present, all of whom seemed to be witty. Beautiful Andee Thorpe was also there, as was Beth Hidden, whom I hadn't seen in three years.

It was interesting to hear the gaming geek-speak in her special circle of computer gamers: with the unusual concentration of unworldly nouns, truly like a foreign language! What the eff is a bot, anyway? In any event, I'm happy for her!
Posted by Marc at 12:13 PM No comments:

What Happens When Arachnophobia

Email ThisBlogThis!Share to TwitterShare to FacebookShare to Pinterest
Links to this post
Let's Do The Time Warp Again!

Email ThisBlogThis!Share to TwitterShare to FacebookShare to Pinterest
Links to this post
More Tales of Sacramento At Night

On Friday evening Feb. 27th, about 7:00 p.m., I noticed that a fire truck and ambulance, both with lights on, had parked across the street from my house. Apparently while I was puttering around the rear rooms of my house, a neighbor woman, bicycling home from work, had been felled by a hit-and-run driver (there were loose descriptions of a brown Ford LTD). According to my neighbor, John, the helmetless woman, apparently suffering from a concussion, was already beginning to forget important details of the accident. This is disturbing, to say the least!
Posted by Marc at 12:11 PM No comments:

Email ThisBlogThis!Share to TwitterShare to FacebookShare to Pinterest
Links to this post
Before Leaving the Bankruptcy Theme

Here's an interesting letter that was posted on the Lucianne Posting Board:

There are the occasional unfortunate chains of events that also lead to bankruptcy.

In my case, I suffered a heart attack, followed by divorce (wife ran off to the bars, leaving young kids with me)followed by two heart ops to fix the problem, followed by an earthquake......all in a two year span.

Needless to say, I was buried under the financial burden, with a temporary loss of income (me) and permanent loss of income(ex) with additional burdens thrown on top, (childcare and earthquake repair.)

Add to that the bankers' lack of sympathy for my temporary payment troubles and the desire to forclose as soon as possible, and I had a choice of the lesser of two evils. I chose to file bankruptcy in order to properly provide for my kids.

Since then, I am doing fine, so are they, and I am known as a financial deadbeat.

The previous 20 years of excellent financial history meant nothing.

To say that all people who go bankrupt are being devious is a bit of a stretch. I would like to see how well some of you would do under the same situation.
Posted by Marc at 12:04 PM No comments: