So, Is Blair Likely to Fall?

Oh, and the Poincare Conjecture may have been proven!

Here's an interesting article casting doubt on whether Michael Jackson is guilty of child abuse.

Myself, I've thought that Michael Jackson might actually be sincere in his odd way of celebrating innocent youth. His accusers better have the goods on him this time, or face complete loss of face.
Posted by Marc at 2:48 PM No comments:

This year I decided to renew my annual auto trip reflexes, driving from Sacramento to Albuquerque, back through Phoenix, then returning to Sacramento, passing twice through Las Vegas. Mostly a good trip, seeing friends and family, but got hammered (metaphorically speaking) on the return trip through Vegas.

After returning repeatedly for forgotten items, I finally left Sacramento on Dec. 26th about 5 p.m., passing over the Sierras on Highway 50, stopping briefly in South Lake Tahoe (loss $180), and spent the night in Hawthorne, NV.

On the 27th, I arrived in Las Vegas around 5 p.m., and spent the evening at the Mandalay Bay (win $850). Fled at midnight, passing over Hoover Dam at 1:25 a.m., and arrived at Kingman at 3 a.m. Couldn't find a room though, so I spent 2 cold, uncomfortable hours asleep in my car (which reeked of uneaten French fries) at the Silver Creek off ramp, about 20 miles east of Kingman.

Arrived in Albuquerque on the 28th at about 3:20 p.m. Saw the relatives. On the evening of 30th I saw college friends Karl and Karen and family. Very pleasant visit.

Departed Albuquerque for Phoenix on New Year's Eve, arriving at 7 p.m. for a nice visit with Aunts Millie and Helen. At Aunt Millie's insistence, I stayed the evening in her apartment (she stayed in a guest room). On New Year's Day, after a breakfast with art friends Deborah, James and Doug, Aunt Millie and I went to eat at cousin Melinda's, and saw cousin Carol Lee, plus several other relatives. I returned to Deborah, James and Doug's place in the evening, bought some art work, and had a pleasant time. Spent the night in Kingman.

On the 2nd I spent the day in Las Vegas wrestling with the Mandalay Bay and the MGM Grand over my wallet. They won ($3,152). Fled to Barstow for the night. Got back to Sacramento about 4:30 p.m. on the 3rd.

Two signs seen on the highway.... Near bakersfield, a sign for a company that washes out tanker trucks carrying liquid foodstuffs like milk, juice, etc.: Total Tanker Interiors. And a road sign near Fresno, showing what seems like an absence of imagination: Avenue 21 1/2.

Here are some pictures: 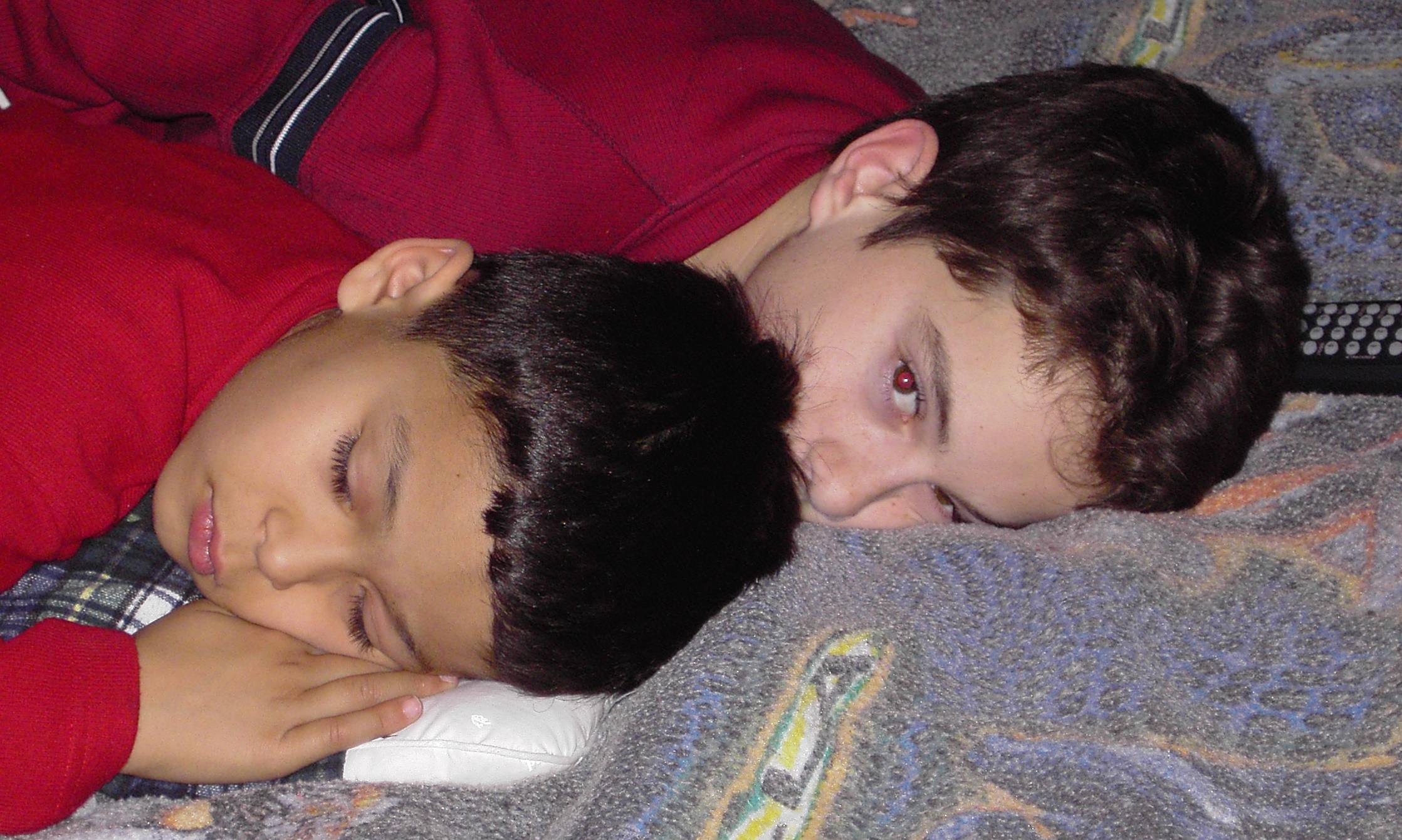 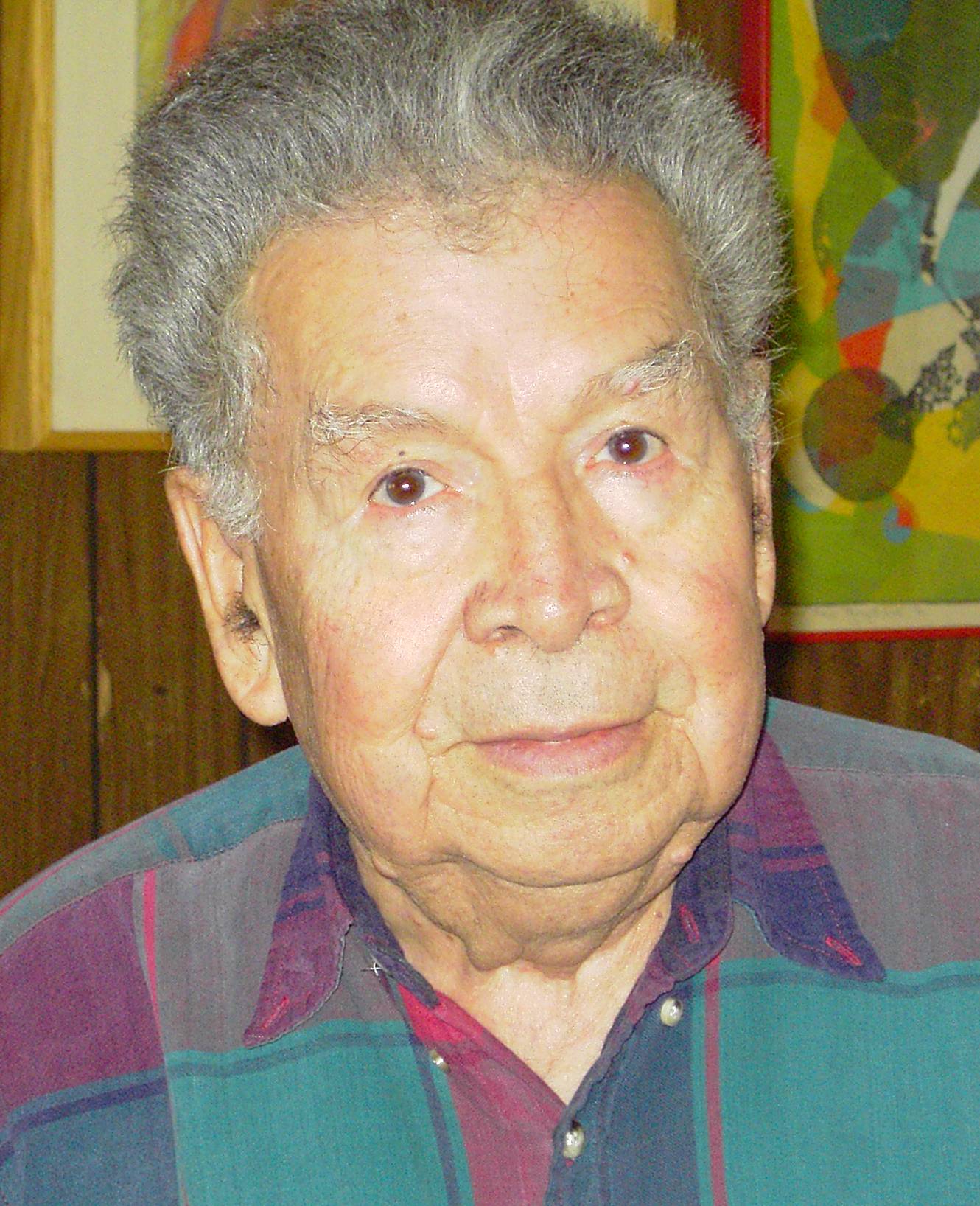 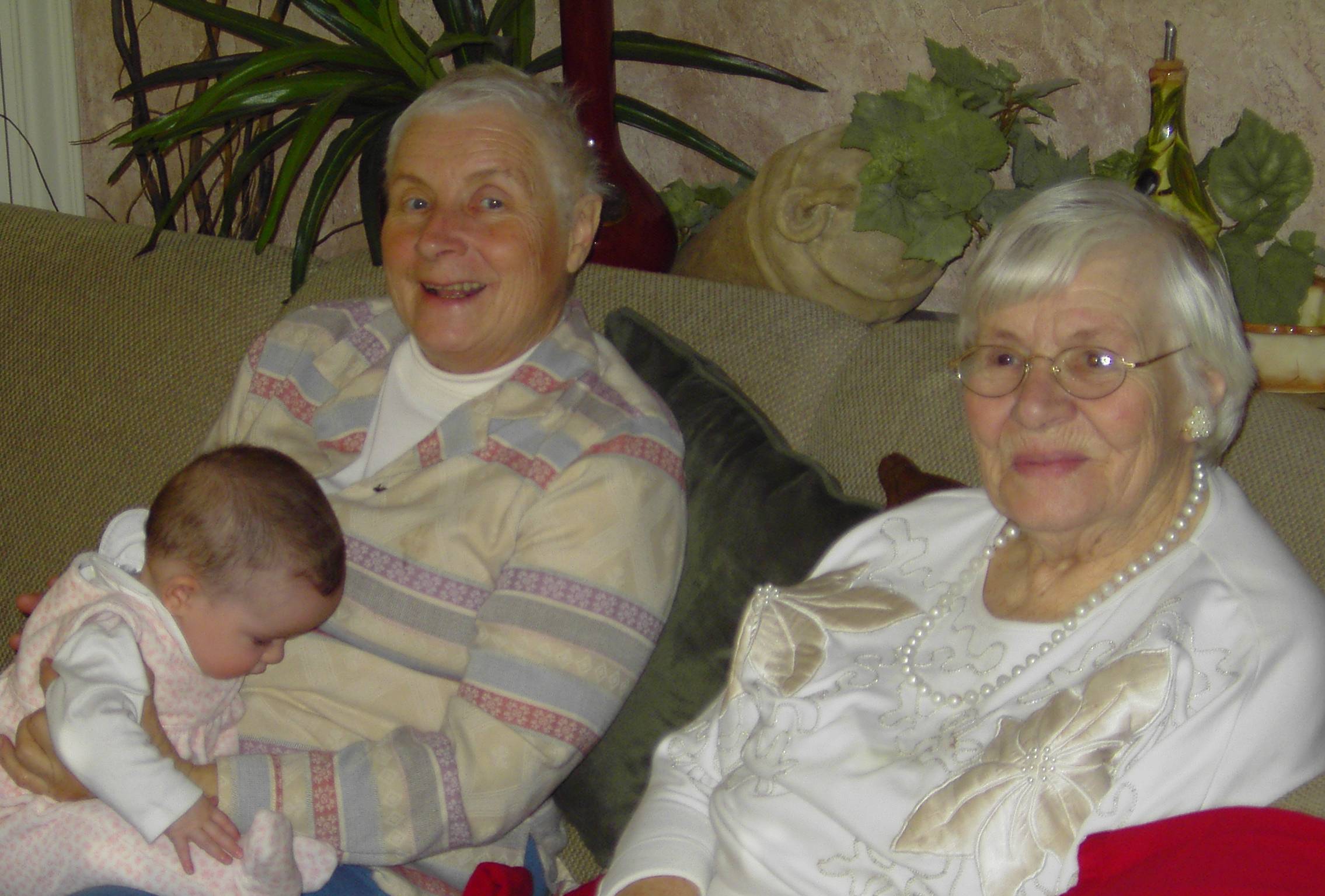 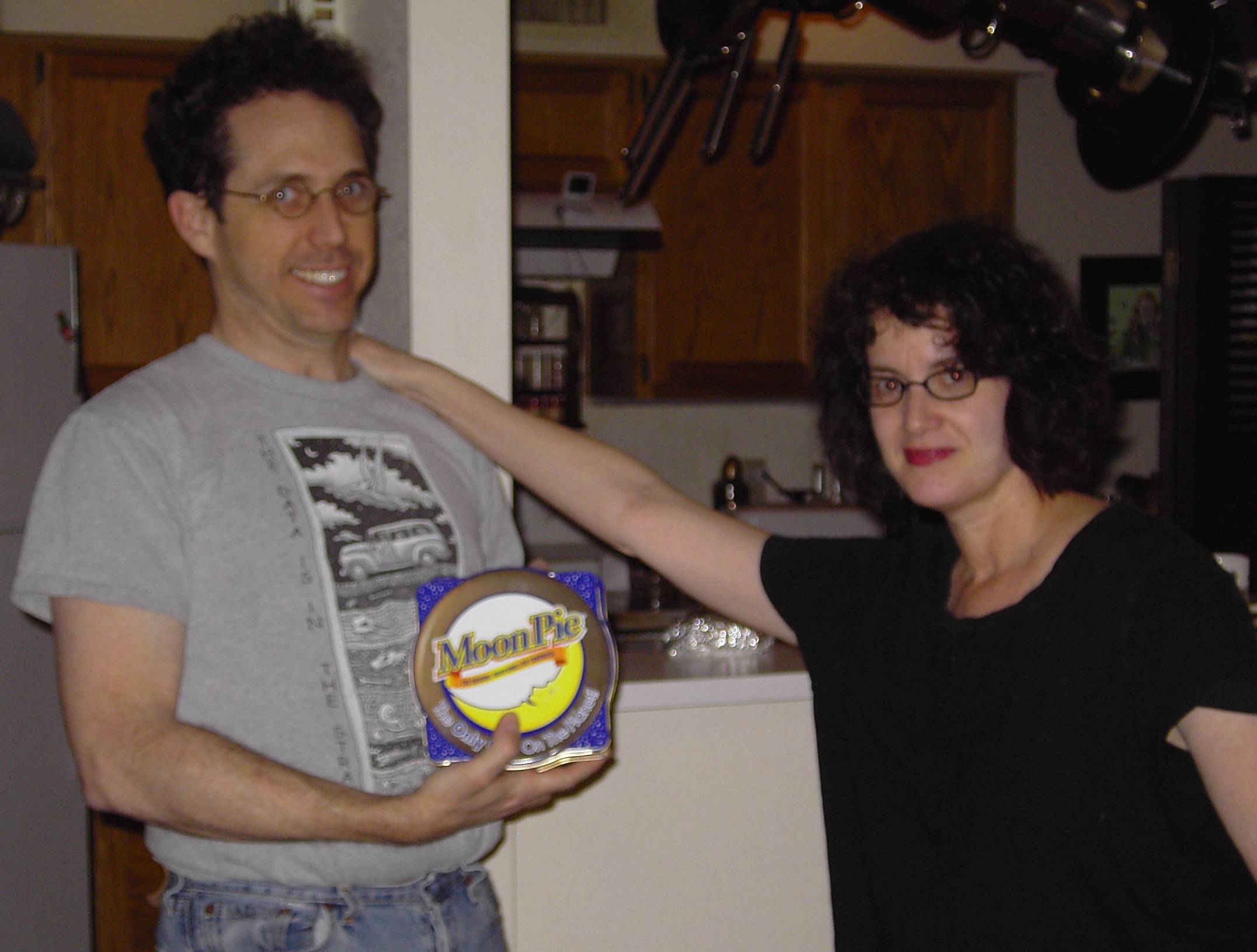 Plus, of course, mug shots of the guilty pets: 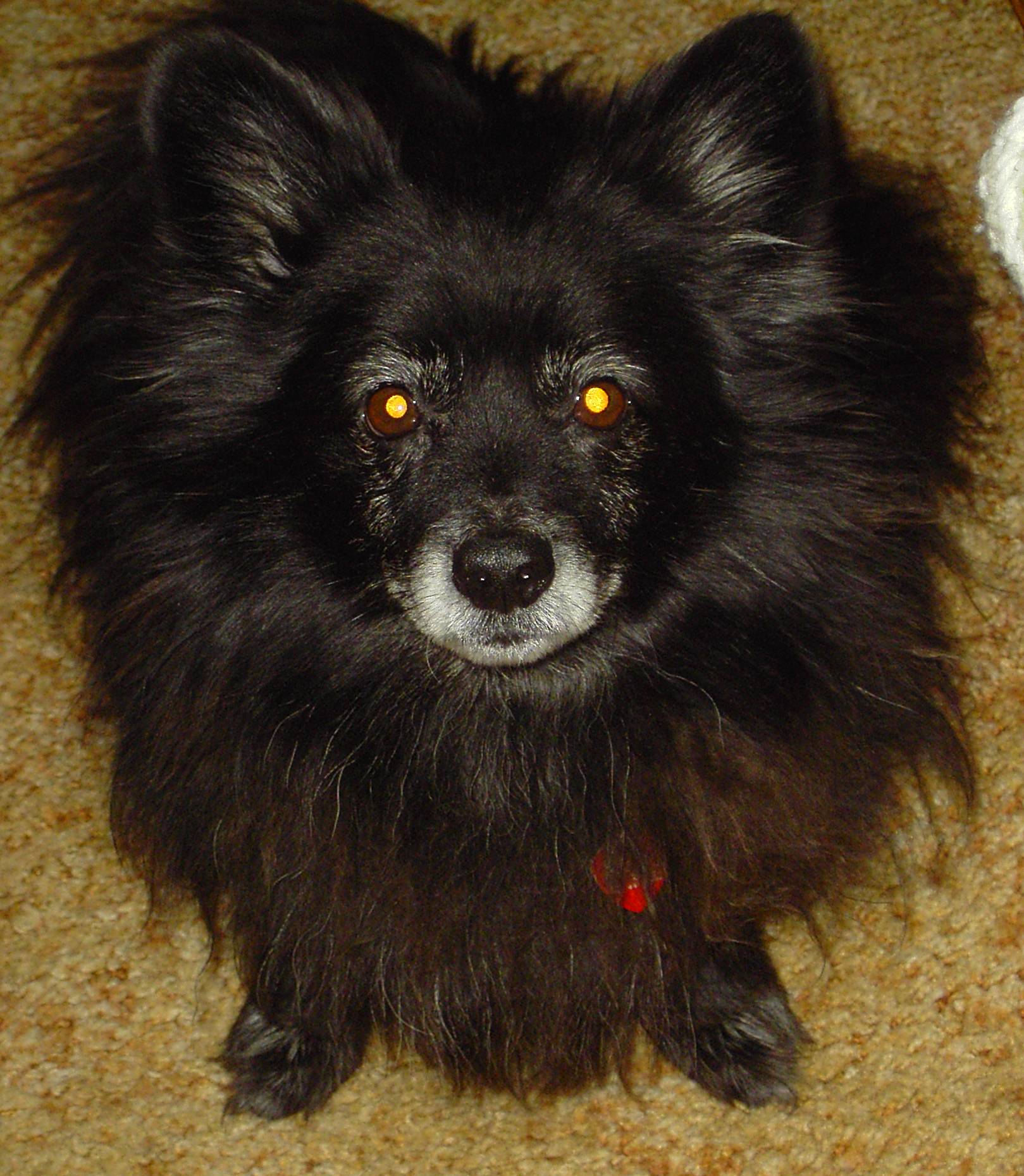 My Sparky, looking doleful and dutiful 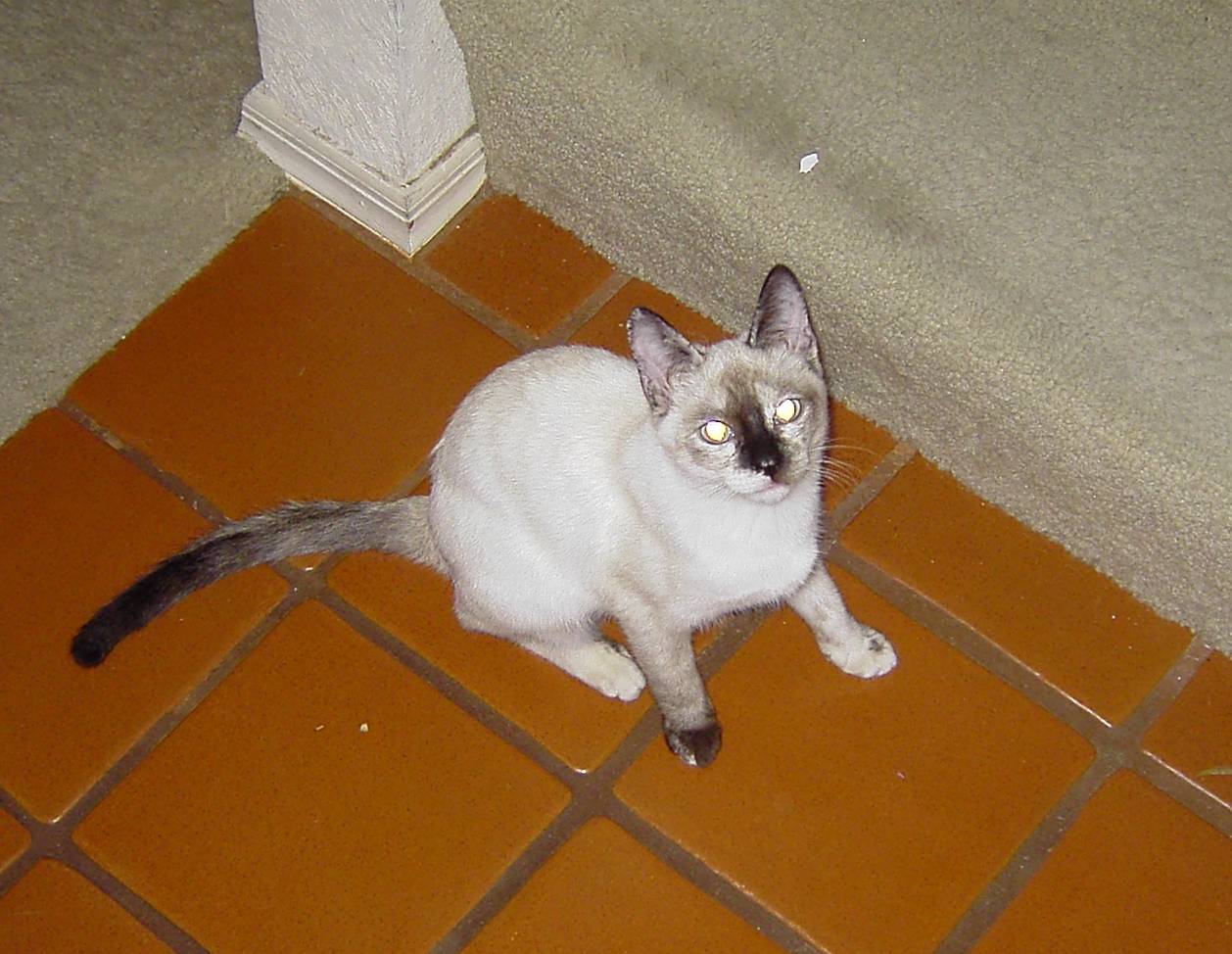 Plus Deborah, James and Doug's rambunctious kitten.
Posted by Marc at 5:13 PM No comments: