An interesting analogy between Abu Ghraib and Breaker Morant!
Posted by Marc at 3:12 PM No comments:

Gothic fantasies get too real.
Albuquerque man pets the jaguar.
Indiana man eats the cicadas.
Posted by Marc at 2:54 PM No comments:

The Abu Ghraib scandal could have been easily avoided by proper staffing and by assiduous adherence to the Geneva Convention's rules regarding prisoners of war. The Administration has repeatedly chosen to assert its dominance over international institutions like the U.N., not only in regards to authority, where the Administration's arguments have great merit (the U.N. has repeatedly made really stupid decisions in the Middle East and elsewhere), but also in the matters of standards, where the merit of the Administration's arguments are much less obvious.

Rumsfeld has not asserted that the Geneva Convention might have been out-of-date and needed to be improved (since it dates to WW I) so much as he's asserted that the U.S. doesn't need to be bound by the Geneva Convention at all, presumably because Americans are purer than other peoples and despite the temptations to torture that wartime always presents. Rumsfeld's disdain strikes me as radical in spirit - a true conservative knows that all people, including Americans, tend to succumb to their worst natures in wartime. If Rumsfeld had argued that the Administration would abide by the spirit of the Geneva Convention, even if not necessarily by the letter, it would still have been helpful to protect the prisoners and jailers alike in the event of a scandal: instead, he cast scorn on the Geneva Convention, as he does with anything else that impedes his will. Rumsfeld did not adequately appreciate that poor handling of prisoners could cast doubts on the legitimacy of the entire U.S. enterprise in Iraq.

Still, just by adequately staffing the prisons, trouble might have been avoided. The trouble was that Rumsfeld has also been conducting a campaign against most of the generals in the Pentagon, asserting that they overstaff their forces. Rumsfeld's position is that modern battlefield technology allows for smaller, more effective battlefield forces. Rumsfeld is probably correct with regards to battle forces, but certainly incorrect for an occupation force - peacekeeping technology is essentially unchanged since WW II.

Having invaded Iraq, Rumsfeld and his allies have never really come to grips, first, with the necessity of an occupation (they never planned for an extended occupation, and it shows), and second, with the demands of an occupation (it needs to be adequately sustained). The U.S. forces are desperately undermanned and underequipped in Iraq, prepared as they are for hi-tech battle and not low-tech (but demanding) patrolling, but the Administration, and Rumsfeld in particular, pridefully refuse to admit it. Reservists' stays have been extended longer than promised. So, as a consquence, there aren't enough guards in the prison, leading to big gaps in oversight of the guards.

Then, of course, there is the anomalous example of Guantanamo. Many of the Al Qaeda prisoners are battle-hardened and thus could arguably merit different or harsher treatment, but there are many civilians among the Abu Ghraib prisoners, picked up in neighborhood sweeps, sometimes for carrying arms (many Iraqi civilians these days carry arms for self-protection). The situations are much different, but there is the constant temptation to Gitmo-ize Abu Ghraib and thereby make everything uniform. Plus, who knows exactly what Military Intelligence's orders were with respect to getting intelligence from Abu Ghraib? Hopefully, we'll find out soon! The overall effect is unquestioned, however: DISASTER!

In regards to Senator Inhofe from Oklahoma, and his remarks to the effect that he was outraged by the outrage over Abu Ghraib, I think he brought dishonor on the Republican Party, by belittling the moral outrage of the world. On the other hand, Senator Lindsay Graham from South Carolina has done a wonderful job at maintaining whatever honor is left in the Republican Party. Backed by his experience as a JAG, he can confidently assert that "if you are the good guy, you have to act like the good guy." Good for him! Graham gets it: Inhofe doesn't.

Conservatives are having trouble with Iraq partly because they tend to think in memes, pre-programmed bit of thought, employed particularly when confronted by opposition, or when trying to rally the faithful. You hear these little (what in isolation sound like rather meaningless) thought blobettes a lot on Rush Limbaugh's radio show. They are like an emotional code: like John "French" Kerry. Or how liberals are haters. Howard Dean, in particular, is a hater. Has Howard Dean ever expressed hatred? No, but according to the conservatives, he expresses nothing but hatred. He is incapable of any other emotion. Makes you wonder how anybody could stand him. Or when the Republican's Mark Racicot yammers on and on about how John Kerry is playing politics with people's lives in Iraq when he expresses even mild opposition to Bush's Iraq policy. Hello? How about George W. Bush is playing politics with people's lives in his speeches?

I suspect that the photos from Abu Ghraib are having a bigger impact in the U.S. than in the Arab world. Rumors from Abu Ghraib have been rife for a year, so the Arabs were somewhat prepared for the pictures. The U.S. public was not prepared at all, however. We've been spewing out an endless series of lies, which are entangling us in a web of deceit so thick it's affecting other matters as well (here's a good example). I also thought it strange that one of the initial reactions to Abu Ghraib was to assert that the sexual deviance was somehow un-American, when, in fact, it was simply translating 100% All-American porn into a new environment.

Whatever the differences between locales and exact situations, this war is having a very similar impact in the U.S. as the Vietnam War did. We're back in Vietnam land again. One major difference is that there's no conscription, but two weeks ago, I heard Rush Limbaugh sending up a trial balloon on his radio show, saying how a draft would be good for the country. Watch out! Come December, provided Bush gets re-elected, the draft talk will get serious! Then watch the campuses!

Also, since the Middle East is such a devious, conspiracy-prone place, we get the added schadenfreude of watching the back-stabbing too. Ahmad Chalabi has apparently betrayed his U.S. neoconservative backers in order to further his own interests. Possible absurdities may exist, like U.S. authorities paying prisoners off to deny having been beaten. Then, further scandals may be in wait too, that may lead right to the top.

May we live in interesting times!
Posted by Marc at 2:12 PM No comments:

Last week, I went to Anaheim, to learn how to use an air quality dispersion modeling software package produced by Lakes Environmental. The class was taught by Dr. The and Russell Lee. Lee has written much of the ISCST3 and AERMOD source code, and it was nice to see him again (last I saw him was January 1998, at the AMS Phoenix convention).

The class was held in a glass box office building called New Horizons that appears dedicated solely to providing short classes for business applications computer instruction. I thought it strange that the class was not held at a college or university, since these institutions have been very pro-active in trying to attract exactly this kind of high-profit business-oriented business. I guess the computing business evolved too rapidly for sclerotic universities to keep up. Or maybe there are other reasons. In any event, I thought New Horizons had excellent groundskeeping.

I wanted to take a bit of time to look up Reva Renee Renz when I was in Anaheim. Renz was one of the gubernatorial candidates who ran in the 2003 California Recall election, and she runs a bar called Deva's in Tustin. When I flew in on Wednesday evening, May 12th, to John Wayne Airport, I passed by the bar just to establish where the place was. We had arranged to meet at 9:00 p.m. on Thursday.

On Thursday night, I got to Deva's early, about 8:30 p.m., or maybe even earlier. The bar was small, but busy: I inadvertently walked in front of a dartboard when I entered through the door, which could have been a real problem had the dart patrons been less careful. I had a beer, but I wandered off to do some exploring and perhaps some shopping. I thought it was after 9:00 p.m., but since I didn't have a watch with me, I was likely wrong. Apparently Renz arrived at the bar minutes after I left.

Instead of staying at Deva's, I wandered a few doors down into Elizabeth Howard's Curtain Call Dinner Theater. I was very curious about this new place I had never heard of before. Even though their box office had just closed, I more or less pushed my way in (I learned to be pushier in general during the recall campaign), had a few strawberry daiquiris, and saw Acts 2 & 3 of "The Sound of Music." The half-full Thursday-night dinner theater was about the size of Sacramento's 24th Street Theater. It was all very congenial, and right up my alley, given my association with DMTC. Even though I'd never wandered around Tustin before, I had somehow quickly located my proper niche.

I had wondered whether LA-area semi-professional theater might be of pretty-high quality, given the surfeit of high-quality talent in the area. Captain von Trapp Kurt Howard) looked like (Sacramento-area actors) John Coin but sounded like Roger McDonald. Elsa Schraeder (Mary Murphy Nelson) was very professional. Both were excellent. Maria (Stephanie Baldwin), Max Detweiler (Mark Rydzynski) and the Mother Superior (Karen Joy Smith) were fine as well. The woman who played Liesl (Jill Morrison) was a phenomenal dancer and singer, and therefore a good choice, but noticeably older than 16. When she tells Maria "when I said I no longer needed a governess, I was wrong," I thought to myself, 'no, you're exactly right!' A minor quibble: Brigitta (Madison Mitchell) had just a bit of a California accent that clashed with the Austrian theme. Overall, an excellent show that succeeded on many levels!

After the show, I went back to Deva's around 11 p.m. and learned that Renz had indeed come and waited. How embarrassing! I left Anaheim on Friday evening, but I wasn't able to get back to Deva's: class interfered.

Here are several photos from the trip: 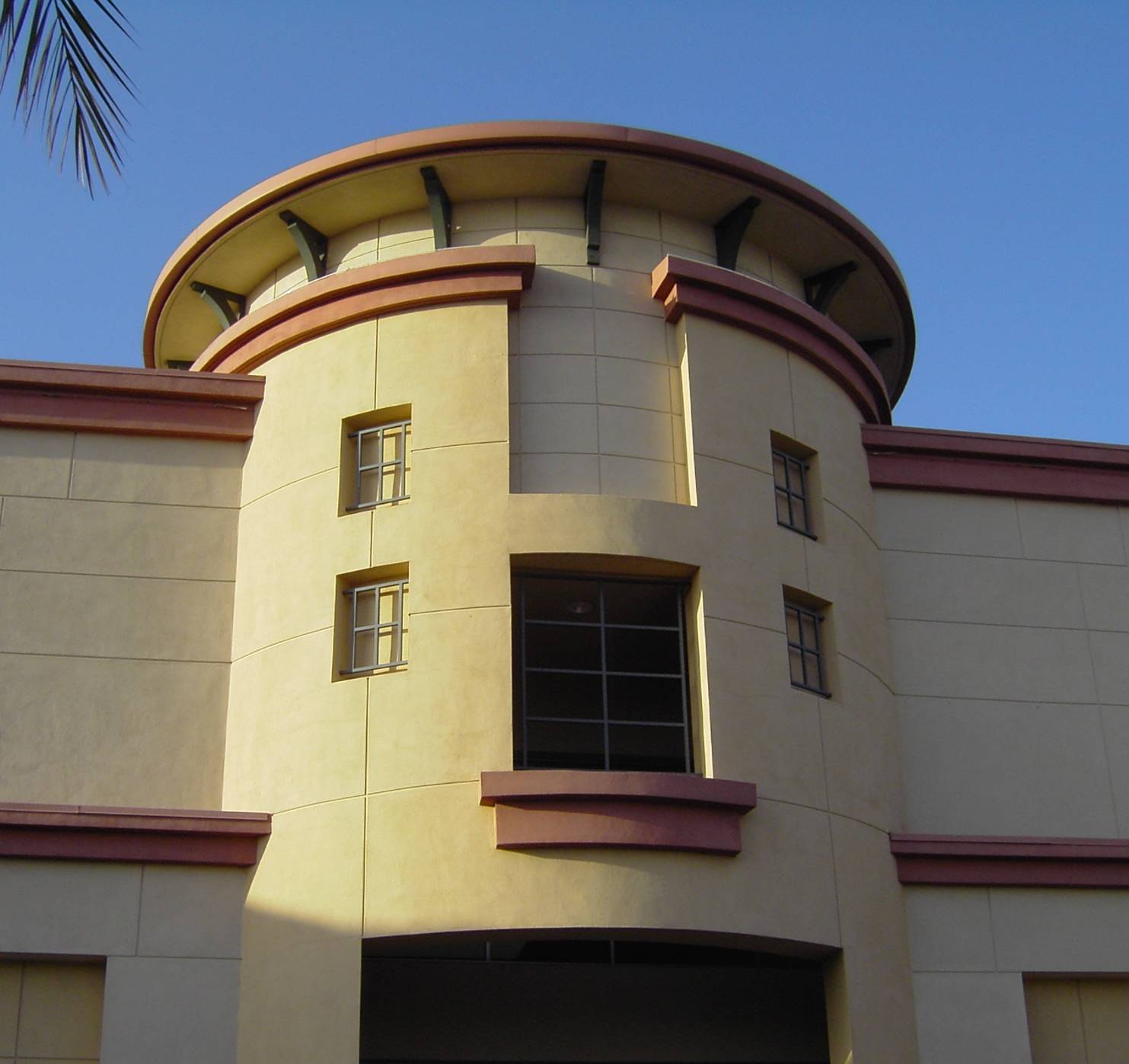 The Spectrum Health and Fitness Club, near where I stayed at the Marriott Townehouse in Anaheim. I just liked the look: not at all like gym chic, and more like a vision of Timeless LA. 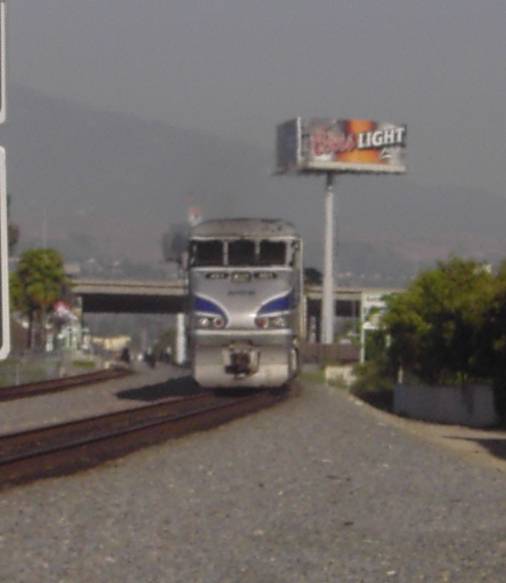 The Metroliner, flying like a proverbial bat out of hell. 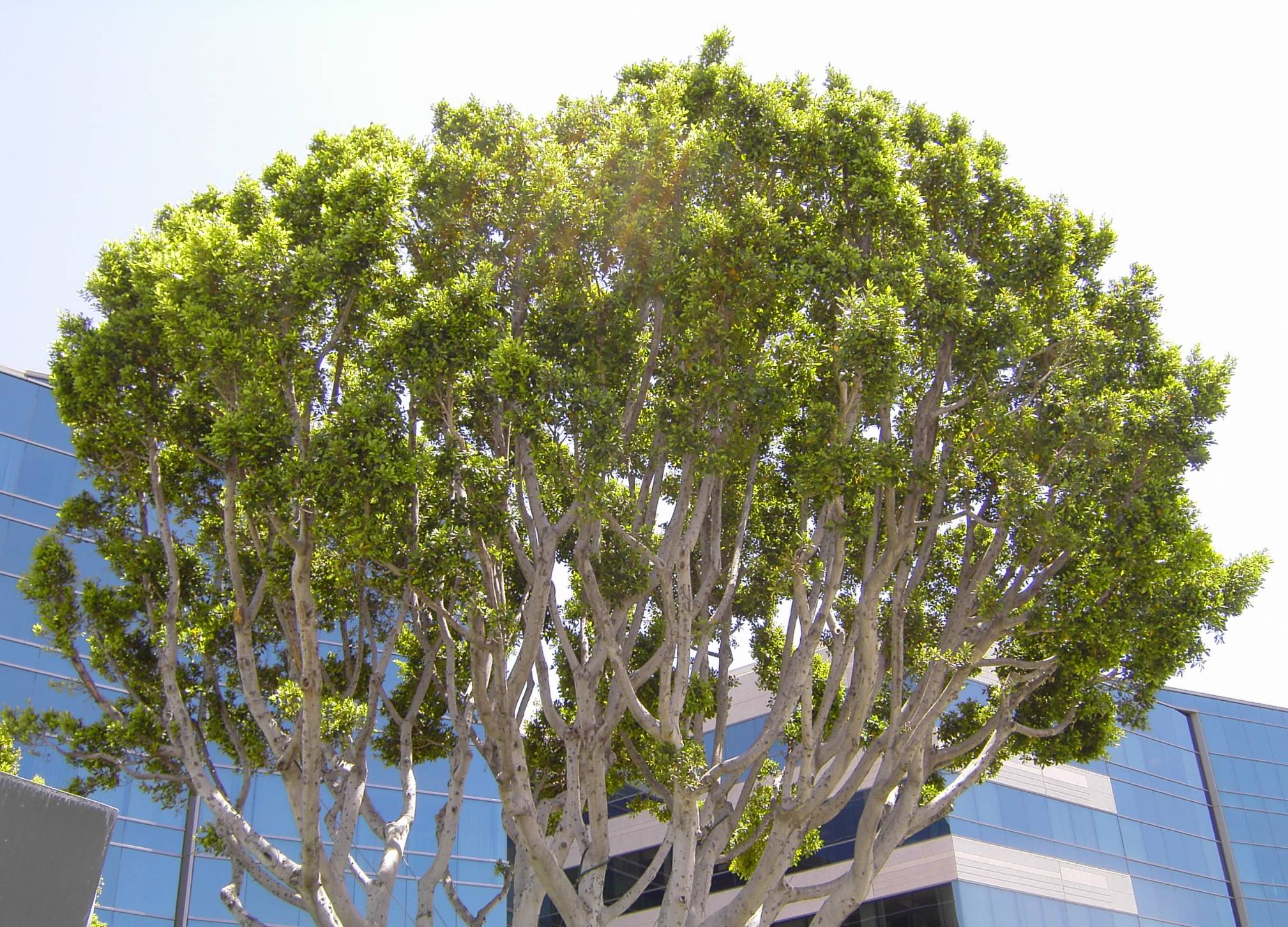 An excellent-looking tree at New Horizons.
Posted by Marc at 1:21 PM No comments: