Martin Luther King weekend was unusually pleasant in Las Vegas. I travelled there to see Rachel Gershin, 12-year-old daughter of my college friend Ira and his wife Marci, read from the Torah, and assume the responsibilities of adulthood.

I left work early on Friday, and took a roundabout plane trip to Las Vegas, passing first through Phoenix. The dilatory route was necessary because I made preparations for the trip only at the last minute: after the New Year debacle in Las Vegas, I was hesitant to go there again so soon. The trip was OK, however, and after renting a car, I checked into the suburban Suncoast Casino/Hotel (near exclusive Summerlin) about 9 p.m. I trifled the evening with some blackjack - after a $1000 plunge, I recovered and ended up even.

On Saturday, I woke up early for the bat mitzvah. I was overconfident regarding street directions in what is still an unfamiliar city and got lost, arriving at the ceremony in the temple (a converted branch bank) about 15 minutes late. Very nice ceremony: I tried to keep up with the singing and the Hebrew, even though it was my first Jewish ceremony ever. It was a bit distracting sitting directly in front of what had only recently been teller windows, however.

Afterwards, I saw Steve Zaintz (the Z), another friend (from high school!), who nowadays (and for some sometime now) owns and operates the Bangkok Cafe on Central Ave. in Albuquerque. I didn't recognize him at first - he had shorter hair than back in high school in the 70's, and he was wearing a suit. Nevertheless, he had to retire to catch up on some ZZZ's (late night gambling with Ira's friend Jeff Brofsky), and so I lunched with the rest of the congregation.

The reception was surprisingly elaborate. It was held in a ballroom at the Suncoast. There were two DJs to keep the party atmosphere going, a camerman to capture the event, and another cameraman to elicit testimonials. Lots of fun and games and dancing. Three times as much food as there were people to eat it. Spent time talking to Steve and Jeff. Danced a bit and did the limbo.

On Sunday, I went to Ira and Marci's house and lunched with his family. Nice time. In the afternoon, I went to the Gold Coast Casino, after reading that they had Sunday afternoon ballroom dancing there: no dancing, but inconclusive gambling instead: went up $1800, but finally left around 10 p.m. down overall about $120.

I crossed the street to the Palms Casino/Hotel, these days among the best nightspots in Vegas, or so they say. The place is supposed to be a lady magnet, but I found many 30-year-old guys instead. Kind of empty, too, on a Sunday night. Apparently we had a celebrity sighting: someone said "There's Mark Cuban!" (owner of the Dallas Mavericks). I stared at Mark: he stared at me. But since I don't follow sports, it meant nothing to me. The blackjack was good, though: I won enough to be $2,130 ahead for the trip.

Afterwards, feeling euphoric at 1 a.m. Monday, I drove over to the Strip, and ended up at Paris, Las Vegas. Five hectic hours later, after frenzied and aggressive gambling, I had won an obscene $12,527.50, for a total win of about $14,600 (20% of my annual income)! Amazing!

Later that morning, I skipped town for the plane trip back to Sacramento. VISA will get most of the $$$, but still, it's pretty surprising and pretty heady!

Most of my pictures bombed, but here's one I snapped while I drove away from the casino: 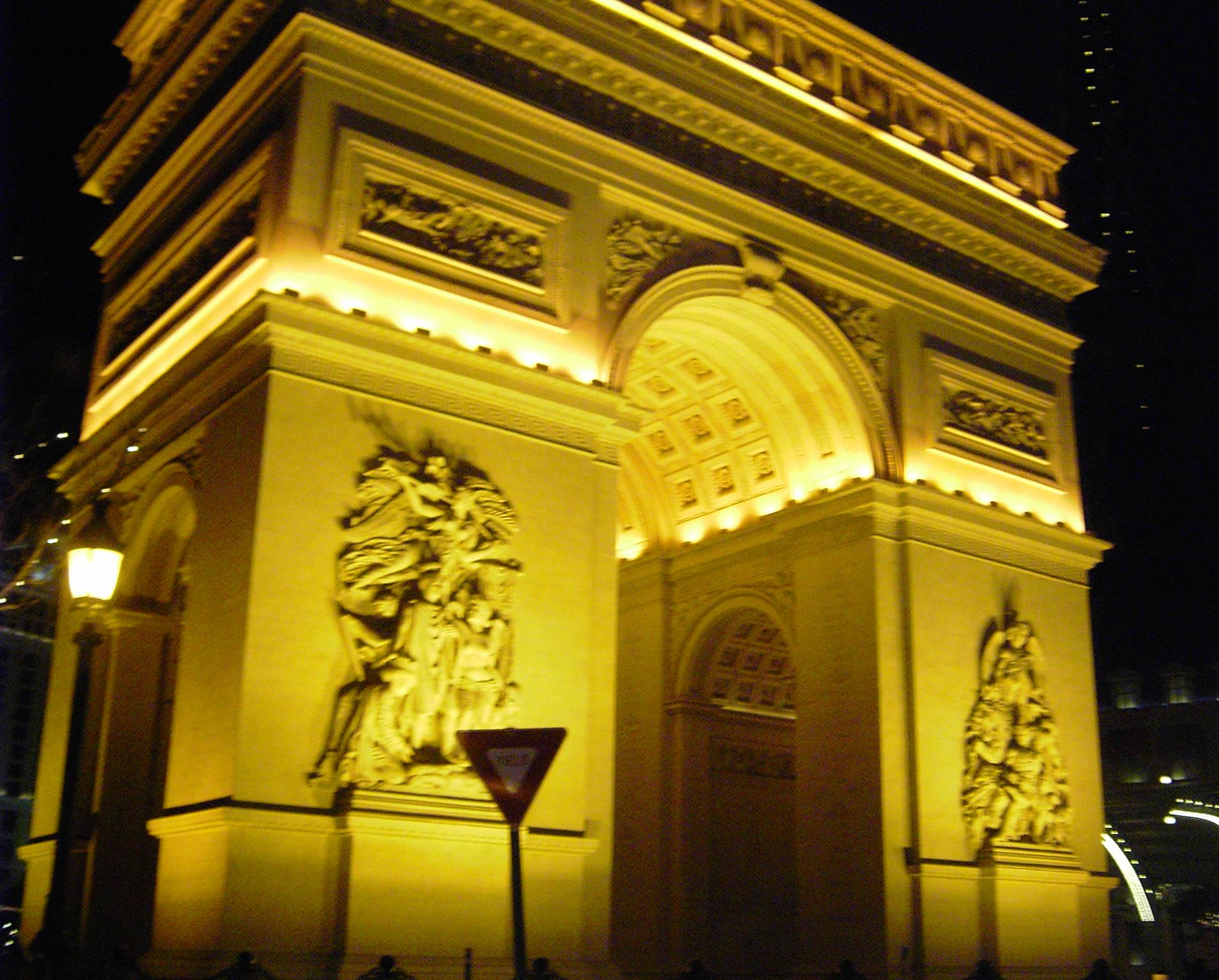