The GOP-Sponsored Western Land Grab Is Coming To Blows

There was a blow up at the Bundy Ranch in southern Nevada the other day, with Tasers and yelling, and occasional blows, between supporters of rancher Cliven Bundy, and the Federal Government, represented by the Bureau of Land Management (BLM):


The way the Bundy supporters tell it, it's a classic setup between We The People, and the distant, heartless Federal Gummint:


The federal government is out of control yet again, staging a heavily militarized siege of the Bundy cattle ranch in Nevada, where the Bureau of Land Management (BLM) has decided to bring a literal army of heavily armed "soldiers" to intimidate the Bundy family and steal his hundreds of cattle.

The Bundy family has run cattle on the scrubland since the 1870's, but in 1993, the government decided it "owned" the land and would start charging Bundy rent fees for his cows grazing on it. The Bundy family refused to pay the fees, so BLM went to court over the payments, and when that didn't pan out the way they wanted, they decided to unleash an army of heavily armed, militarized "soldiers" to lay siege to the ranch and steal Bundy's cattle.

...And yet the federal government has now brought these military weapons to the Nevada desert, almost in an overt act of war against an American family engaged in productive farming and ranching -- something the Obama administration seems to utterly despise as it rolls out aggressive marketing of food stamps to maximize the number of Americans living on government handouts.

See this astonishing video from Government Gone Wild to learn more about the explosion of America's entitlement society.

...As part of the tyranny siege, the feds set up a "First Amendment Area" in which they said all protesters must remain.

The very idea of a government-defined "zone" that limits where the First Amendment can be exercised is of course wildly offensive to the very foundations of America. If free speech is strictly limited to a small "zone" defined by the government, then it's not exactly free, is it?

...The BLM also seized state road 170, declaring it off limits. When Bundy's son Dave started taking photos on the road, he was immediately thrown to the ground and arrested. Apparently, he made the mistake of exercising his First Amendment rights outside the "First Amendment Area" set up by the feds. Yes, this is America today: You can't even take photos of your own ranch without being arrested!

...Vowing to take a stand for, "your liberty and freedom," Bundy says he is prepared to be killed as authorities surround a 600,000 acre section of public land as a result of Bundy violating a 1993 Bureau of Land Management ruling which changed grazing rights in order to protect the endangered desert tortoise.

...The BLM seems oblivious to the rights of Americans, claiming Bundy's cows are "trespassing" and that Bundy owes the federal government "more than $1 million in fees associated with cattle grazing in trespass."


Yet, Bundy's position is almost 100% unadulterated horseshit, and he certainly knows it. His family may have been ranching there for a century-and-a-half, but these are not his lands! For generations, the ranches of the Far West survived by owning only a tiny portion of their land. They lease all the rest from the Feds. In some places, ranches buy lands in a checkerboard pattern, so even though they don't own the squares in the middle, they effectively totally-control it. In other places ranches don't even do that. Still, after many years, ranchers get a sense of entitlement. These are "their" lands, whether they are actually really "their" lands, or not.

All of this is against a backdrop of great weakness. The ranching lands of the Far West are often marginal, or sub-marginal. Hardly anyone would want to spend money to buy these lands, they are so nearly-worthless, even from a cattle-ranching perspective. Over generations, ranchers had options to buy land, but never did, because it's worth so little. So, a symbiotic relationship was fostered between the federal government and the ranches. The Feds built roads, offered services, and encouraged ranchers, in order to foster at least some kind of economic activity. In exchange, the ranches provided a tax-base from what little they could get from ranching. It hasn't always been the smoothest of relationships, but it's worked pretty well, overall. The system was first codified in the Taylor Lands Act of 1934, and has evolved since. The Bureau of Land Management is invested with the power to manage the Federal lands.

Times change, and Federal rules change. Managing the lands for tortoise protection, or for oil and gas drilling investigations, become important values. The ranch owners have to comply. Remember, they don't own the lands. They shouldn't go around pretending they own this land, then get mad when the Feds enforce rules, but they do. Various political movements like the GOP-sponsored Sagebrush Rebellion sprung up to find various ways of privatizing Federal lands, basically for free. Talk about Welfare Queens! It's always something-for-nothing with these folks.

Now, of course, we have Tea Party rhetoric to give cover for various land grabs.

As far as a free-speech zone goes, there are plenty of precedents. We allow shopping malls to set up free speech zones, for example, because they are private property. Malls don't want protesters shouting slogans just wherever, because it interferes with business. And the BLM doesn't want protesters interfering with their enforcement of the law.

Cliven Bundy needs to back off.

Support the Feds.
Posted by Marc at 10:01 AM No comments: 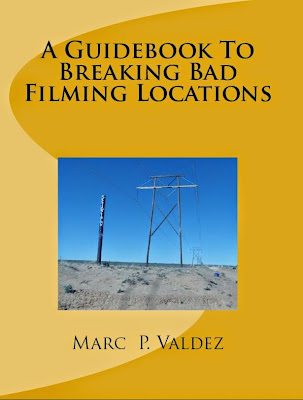 Here is an update about my proposed Guidebook on Breaking Bad filming locations. I decided to self-publish (via Amazon), in order to retain closer control over the text and to accelerate review (since the summer tourist season is coming up fast). To avoid unnecessary friction, I have redacted the addresses of all single-family homes. Most pictures posted on my blog are retained, but the interior is black-and-white, in order to keep costs down. (It's a little big: 8.5 x 11" at 323 pages.) Review is nearly-finished and will be available for sale soon.
Posted by Marc at 1:29 PM No comments:

Closing in on completion.... Still some questions....
Posted by Marc at 4:03 PM No comments:

Trying to recreate the sound in a building that is now a great Mosque.
Posted by Marc at 12:02 AM No comments:

The most amazing story in years!
Posted by Marc at 11:18 PM No comments: 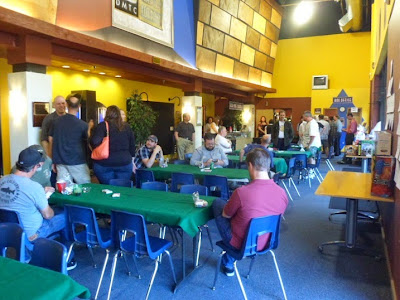 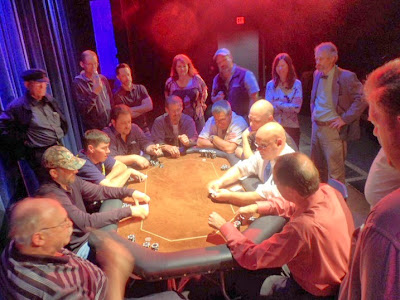