Helped Pam Van Kamp prepare for Sunday's pancake breakfast. We also had the annual Sierra Research company dinner, this year at a winery in the Sierra foothills, near Plymouth, called Villa Toscano. A very pleasant place, and a really nice time was had by all!

The California Recall Election seems all-encompassing right now. When watching the television news, I'm annoyed if the topic drifts to next year's presidential election, or any other topic. I've lost interest in even the existence of Europe, except, of course, for Portugal: the New York correspondent for Lisbon's Publico startled me yesterday with a surprise interview.

Last night, Turner Classic Movies presented 'Ivan the Terrible - Part I', by Sergei Eisenstein. The sumptuous movie was a delight - it must have been a monstrous undertaking in 1943, when the Great Patriotic War was raging. I soon began seeing the movie through my particular set of recall-election lenses. They say that history always repeats itself, first as tragedy, then as farce. Why not here?

The conflicted, but opportunistic, Prince Kurbsky (Cruz Bustamante) is forced to choose between loyalty to his stricken Tsar, Ivan the Terrible (Gray Davis), and loyalty to the ambitious boyars (Darrell Issa, Ted Costa, and others), who have their own favorite candidate for Tsar, young, feeble-minded Prince Vladimir (Arnold Schwarzenegger). Swayed by his love/lust for Tsarina Anastacia (Sharon Davis), Prince Kurbsky decides to remain loyal to his chief, Tsar Ivan, to oppose the ascendant boyars, and surprisingly, that proves to be the correct decision.

Hmmm.... The analogy is strained. Well, whoever said history has to repeat itself EXACTLY anyway. Next week, Turner Classic Movies will present 'Ivan the Terrible - Part II', the movie that got Sergei Eisenstein into so much trouble with Josef Stalin.
Posted by Marc at 10:40 PM No comments:

The Student Association at American River College hosted a candidate debate early this afternoon. Five candidates were present (Charles "Chuck" Pineda, Diana Beale Templin, Randall Sprague, Marc Valdez, and Jeff Rainforth). I think my delivery suffered a bit, but the crowd was friendly and supportive - one of the largest crowds I've seen yet in this campaign! Diana and her partner did the upside-down swing pose again - they make me laugh so hard! 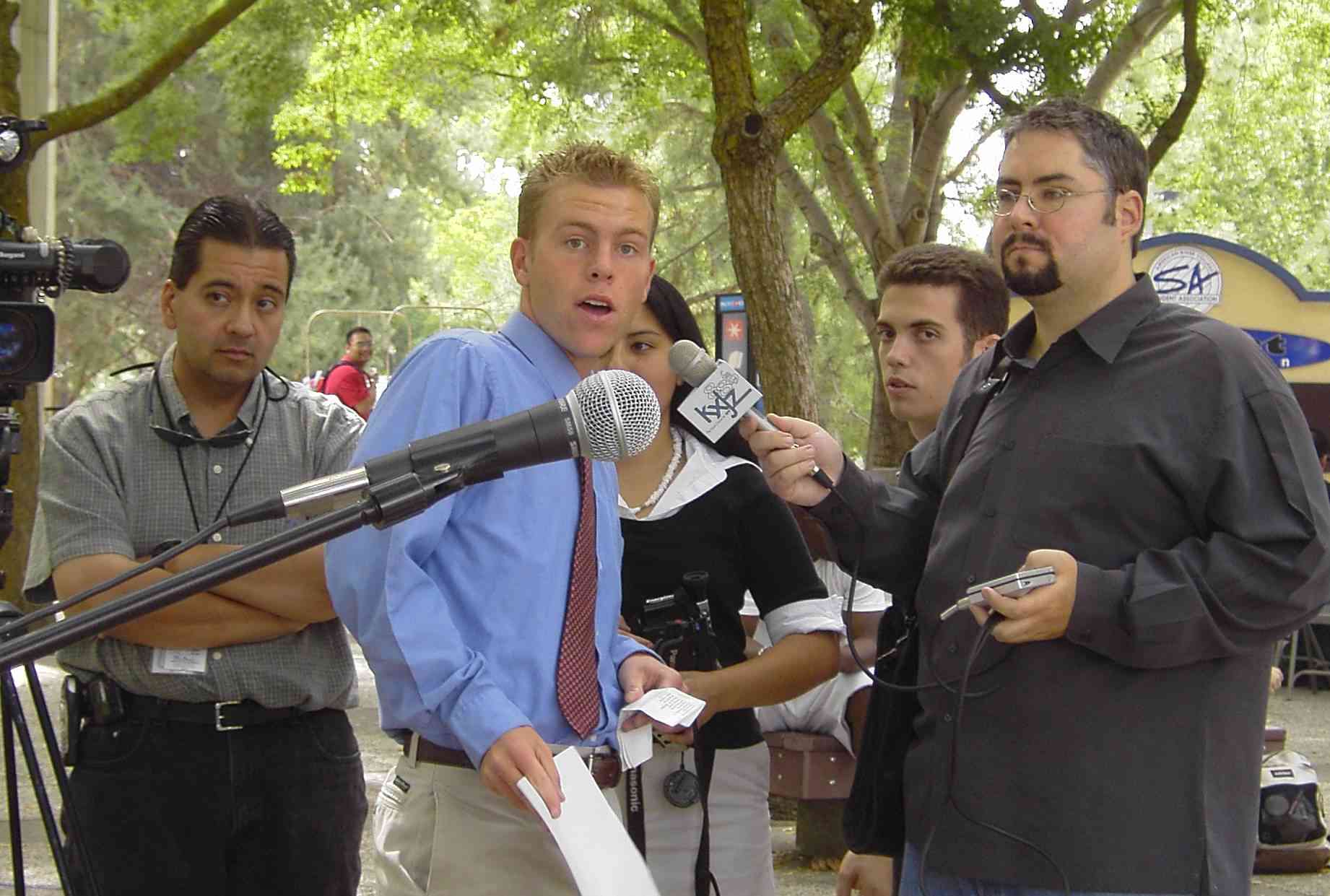 Excellent day yesterday on the first of October, starting off with a Talk Radio interview with host Ken Murray and fellow candidate Robert C. Newman II on Redding's KQMS radio. After riling up the entire north state's elder community with my anti-Proposition 13 statements (final quote: "Proposition 13 afflicts the young and coddles the old"), and a quick check of E-Mail, it was off to talk to the students at Kennedy High School, together with fellow candidates C.T. Weber and Chuck Pineda. A pleasant visit with teacher Kim Ngo and students (and the big food fair at the high school wasn't bad either!)

Then, after a rapid (meaning dangerous) auto trip through the Delta to Pittsburg, it was time for the Los Medanos College Debate (with fellow candidates Jeff Rainforth, Diane Templin, Dick Lane, Christopher Sproul, Ralph Hernandez, William Vaughn, Ned Roscoe, and Gerold Gorman). The debate was hosted by B.J. Wagener. Last I saw of Mr. Wagener and Gerold Gorman, they were headed off to edit their tape of the debate, in order to make it available for Antioch/Pittsburg cable TV, then to public access cable TV stations all over the state.

After the debate, an interview with a harried New York Times reporter named Carolyn Marshall. A fun and busy day! 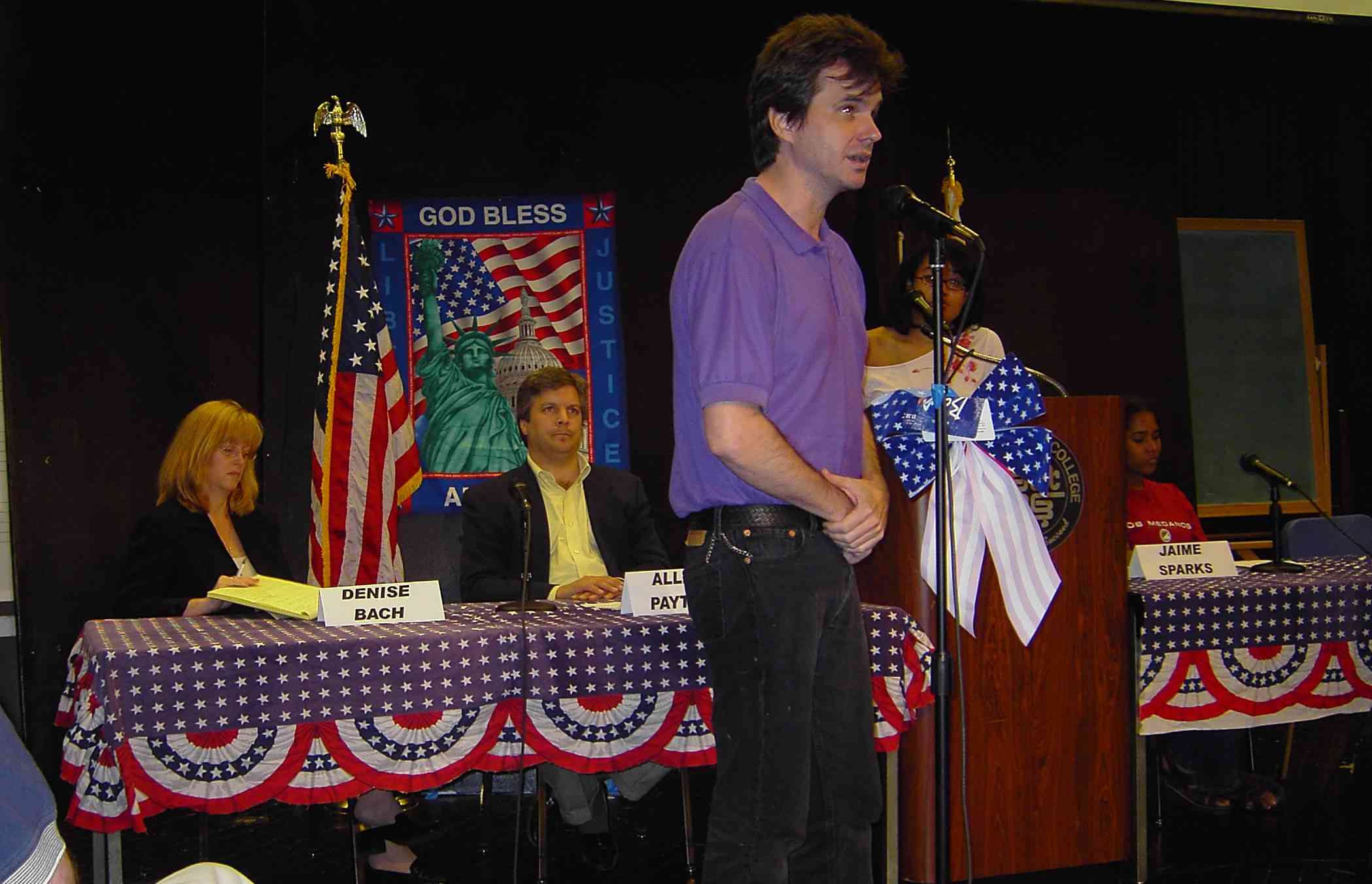 Just had a fine interview with Justin Barker and friend with the San Francisco-based "Purple Cow". I sang "Baby's Got Back" by Sir Mix-A-Lot on karaoke at the Distillery here in Sacramento, drank some beer, tried to skateboard for the first time, and had some fun - all on camera. I wonder how it will all turn out once it gets televised?

Berthold slips into a premature retirement.

I posted a photo of our activities at Candidate Camera (under Campaign Albums, under my name).

On this last of the Candidates' Forum meetings prior to the election, no new resolutions were passed. We basked in each others company, and got a little TV News coverage from Sacramento's KCRA TV Channel 3. Mostly, we planned for the final week of the election, with our focus on what I think was Ned Roscoe's idea: dogging Arnold Schwarzenegger's bus tour from San Diego to Sacramento with a school bus tour of our own. It's a brilliant idea, with lots of potential for press coverage. I'm not sure I can make most of it, but I'll try to arrange some musicians for the end of the trip. 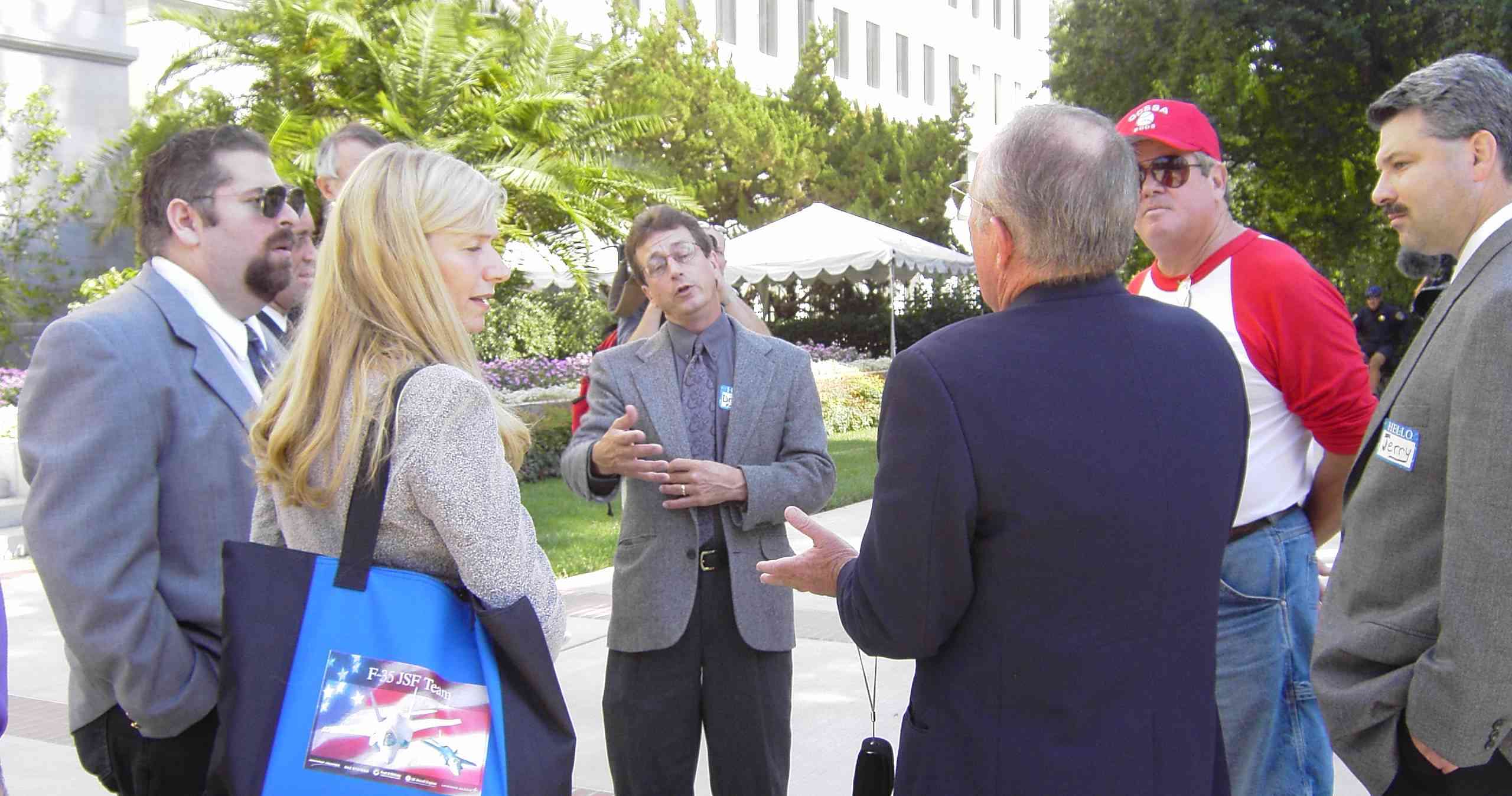