The enormous pile of feathers can mean only one thing: the new neighborhood cats are no longer content to just watch me feed the pigeons.
Posted by Marc at 10:49 PM No comments:

Farewell To The Old Carpet At Work 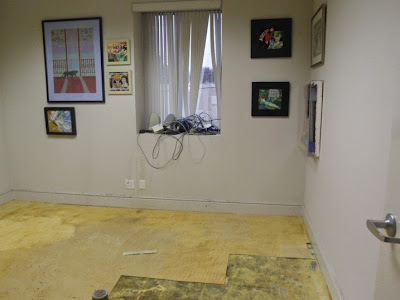 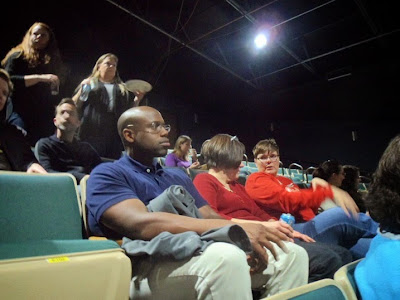 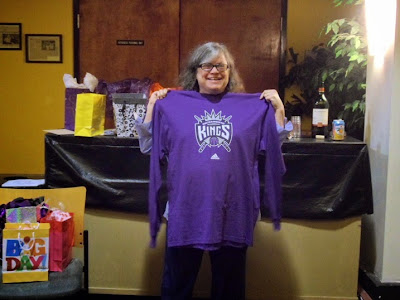 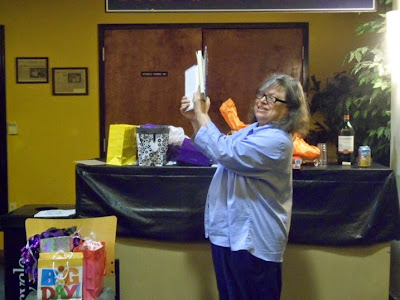 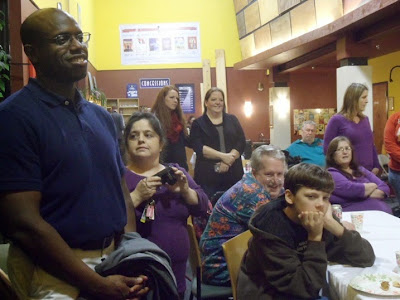 Farewell, For Now, To The Yuba City Classroom 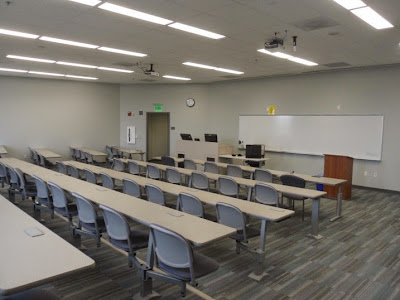 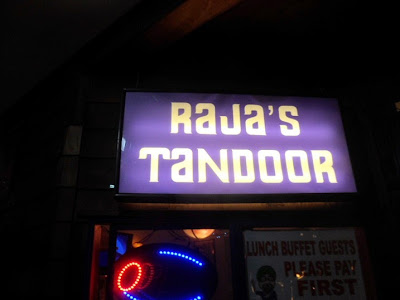 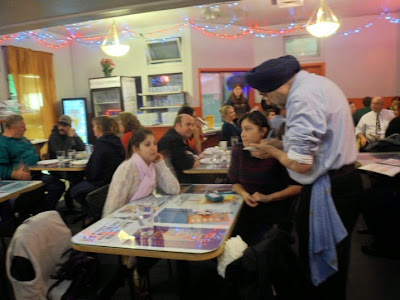 A Strange Kind Of Limbo

Waiting for the carpet to be installed at work. Working on a limited, slow computer now.
Posted by Marc at 2:13 PM No comments:

"The Return" by Christy Newman

When I was in Albuquerque in early November, I met my sister Marra and brother-in-law Ken for a quick lunch at a restaurant. They were smiling and eager, and pressed a copy of "The Return" by Christy Newman into my hands. Christy is the daughter of Gordon and Kimberly Newman. Gordon is Ken's brother, so Christy is my brother-in-law's niece, which means extended family. It's been a number of years since I've seen Gordon and Kimberly, so I met Kimberly as a little girl, if I met her at all. Ken and Marra explained that Christy and her sister have taken to writing books in recent years, and are getting good at it.

Christy is about fifteen now, and largely-wrote "The Return" when she was twelve. Identical to the manner I self-published my recent "Guidebook to Breaking Bad Filming Locations" in April of this year, she also publishes via CreateSpace on Amazon.com. "The Return" was published in September, 2014.

Christy and her sister have interesting, and laudable, work habits. Both Christy and her sister isolate themselves in separate bedrooms in the family home and shoot messages back and forth via Internet chat as they write manuscripts, encouraging each other, and making suggestions. Writing can be a lonely pursuit, but it is much less so if you have a close confidant and confederate.

Since the family lives on the farthest-flung edge of the Albuquerque area, they are able to keep and ride horses, so the most-notable parts of Christy's writing are excellent descriptions of horses and horse life, formed from many hours of direct experience and observation. Teenage girls love horses, in general, but it's even better if you actually have horses.

Today, I read "The Return".


There was a time when the world of Terion was ruled by the Valdari, who brought peace and protection to all. Then a great darkness crept over the world. The stories say after many years of war, the Valdari met the Shirak in one last great battle, in their own capitol city, Tayon Valdar. In the height of the battle, the Valdari sacrificed their lives to destroy the Shirak. It left their once beautiful city in ruins. Their sacrifice did, however, bring peace for many years. Then the darkness once more began to steal over the land. The legend tells of a day when the Shirak will return and the hope of the people will fade. All would seem lost. A mighty red stallion would appear and find his master, and they would restore peace to Terion. However, in order to do that someone must first convince this mysterious master the land cannot be saved any other way.

Two brothers with advanced Valdari powers vie with each other: the patient, peace-loving younger brother Cade, and the wraith-like embodiment of evil, older brother Ryden. The protagonist, young teenage rider Mildana, journeys with Cade and fellow rider Terik to save her family, which had been kidnapped in the Shirak advance, and to save the world from evil.

I was on the lookout for specific indications of New Mexico landscapes, but there was none of that. The landscape was well-known medieval fantasy Europe: Middle Earth, basically. There was one interesting thing, though. Her adventures start when she ignores the voice in her head telling her not to travel to the city of Namwen. Danger lurks on that road! Unbeknownst to her, the voice comes from a telepathic horse, the mysterious Red Stallion. Plus, Namwen is Newman, backwards. Curious.

There are many journeys in this book, often told as flashbacks, as Cade and Ryden struggle over each other's souls, but the specific motivations for these journeys rarely seemed clear in my mind. The point seemed to be that they were journeying, seeing the world, and making themselves vulnerable in the process. The trips, not the destinations, are all that mattered.

Plus, great descriptions of horses and how they think.

I found the use of language curious, and sometimes clunky. It was best not to dwell on usage and simply hurtle along with the tale. I think maybe things just look different from a teenaged girl perspective. Some sentences caught my approval, like:


"Their angry opponent rushed backwards, now having no weapon but his power, which was still quite powerful in and of itself."

To my surprise, the variety of Christianity under discussion was less emotional and more stringent - kind of a Covenant or Puritanical strain:


Cade shook his head saying, "'All have sinned and fallen short of the glory of God.' As it is written, 'There is none righteous, no, not one'." At that, Milana and Terik looked at each other, and then back at Cade. "Then how will we be saved?" Milana asked quietly. "Salvation is by grace, or in other words, undeserved mercy... 'For of yourselves: it is the gift of the Lord: Not of works, lest any man should boast', he informed them. "You mean we don't have to do anything...?" Milana's voice whispered. "Only this... 'Trust in HIM with all your heart and lean not on your own understanding'," he said simply.

Good advice for saving Ryden from his misery!

Since I don't read many novels, in general, I worried whether I'd have sufficient attention span to read this particular novel, but as it turned out, the story moves along quickly. It isn't a difficult read at all, but consistently entertaining.

The Theory of Everything

Saw the biopic of Cosmologist Stephen Hawking at the Tower Theater. As part of teaching my Astronomy class I quickly read "A Brief History Of Time - From the Big Bang to Black Holes", and was pleasing to hear the ideas in that book being clearly and concisely repeated in the film.

A very English movie, focusing on the crucible of English science, Cambridge University. Eddie Redmayne is a good actor, but I was most-impressed with Felicity Jones' portrayal of Jane Hawking. She's the true center of this movie, dealing with the various stresses imposed by Stephen Hawking's ALS. So brave! So young! And Felicity Jones is so pretty!
Posted by Marc at 9:58 PM No comments: