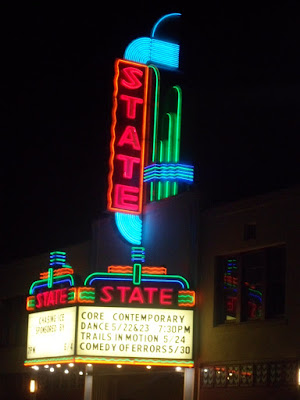 According to the Auburn Journal:

A mother dies in childbirth. A child faces cruelty at an orphanage. An infant is taken from its mother by the courts. It sounds a little Dickensian, until you throw in the Nazi occupation.

This was the early life of Kelli Leighton’s grandmother, a woman who rose above life’s obstacles, raised eight children and left a legacy of optimism and courage.

Leighton — founder, choreographer and artistic director of CORE Contemporary Dance — has created a dance performance inspired by her grandmother, who died in February.

“She grew up in Norway, the eleventh of 12 kids,” Leighton said. “Her mom died giving birth to the last one. For most of her childhood she had some pretty difficult experiences. In one orphanage in particular they were very cruel to her and she wouldn’t speak. Her ‘code of silence’ worked because they didn’t know what to do and sent her to a different orphanage where, she said, she learned to love.”

“Rise” is the latest dance production from the Sacramento-based CORE and its award-winning choreographer. The skirts that the dancers wear are an integral part of the storytelling. At first beautiful and light, they become weightier and more burdensome as the show progresses.

“The skirt’s symbolism is that we carry our troubles with us and we can let them hold us back or be a part of us and not weigh us down,” Leighton said. “And they take on a different meaning for each individual dancer.”

Leighton is big on writing, keeping a journal on every piece she’s created. And her dancers — currently 10 in the troupe — are part of the process.

“The dancers and I journal together a lot and talk about our experiences,” Leighton said. “They are very much a part of the creative process. We share a lot. We can talk about life experiences protected in this private environment. They are very attached to the material and that way they can perform it in a much more human way.”

CORE, founded in 2007, stands for “Collection of Real Experiences,” but also, Leighton notes, in dance, there is a huge emphasis on the core of the body, where the strength comes from. 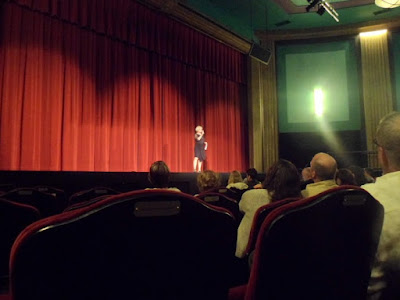 The host (I didn't get her name) was pleased to announce that CORE's show was the very first dance-oriented show hosted in the theater: the first of more to come. Until recently, the space had been divided in half (she had directed four musicals in half the space), but the theater had recently been remodeled. Thus renovated, the space is more inviting for shows of all sorts (Michael Manley is directing "Harvey" for a run starting in June). 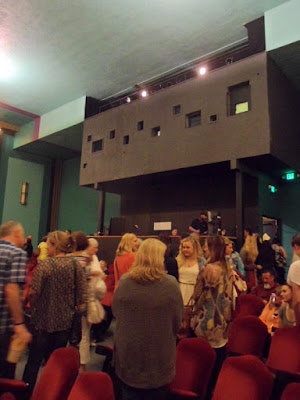 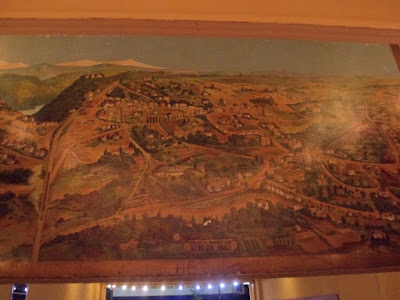 Picture of Auburn back in Gold Rush days. 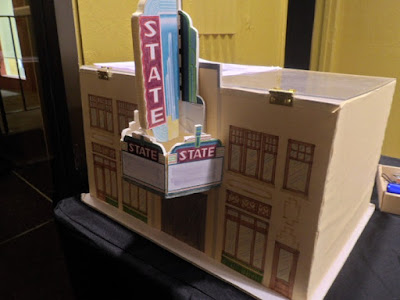 Clever little model of the theater.
Posted by Marc at 5:18 PM No comments: