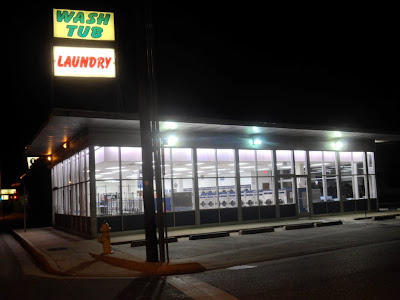 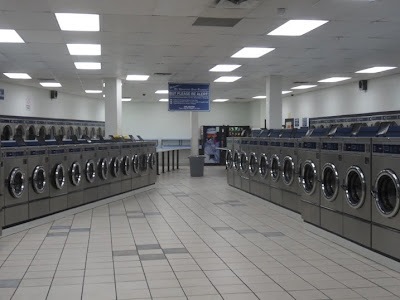 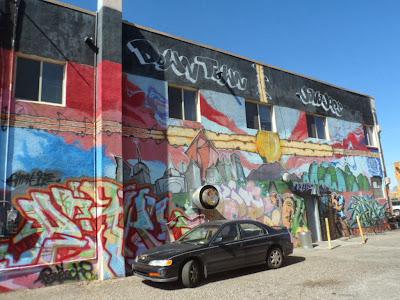 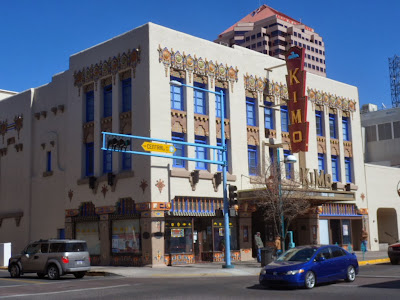 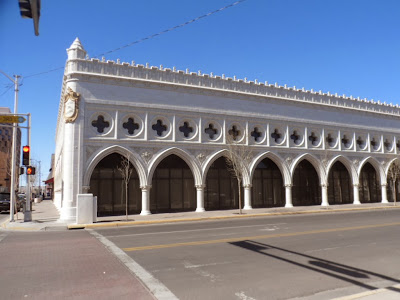 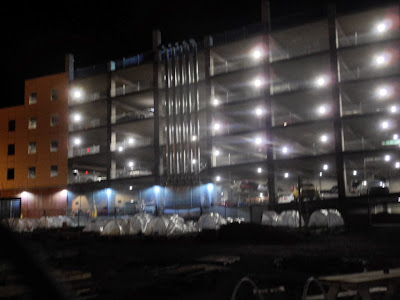 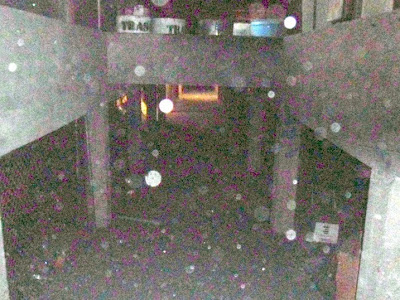 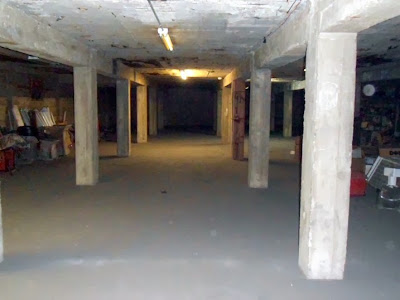 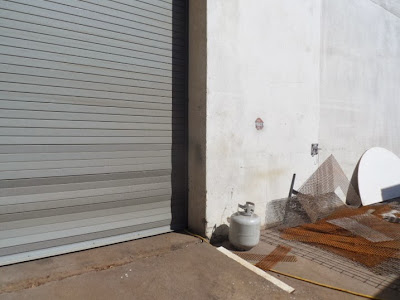 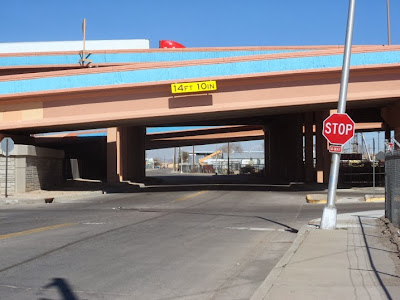 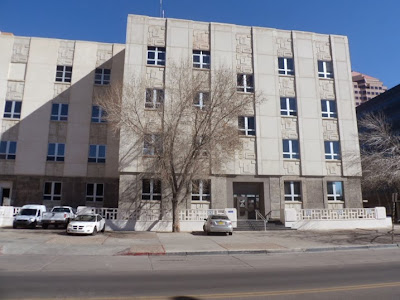 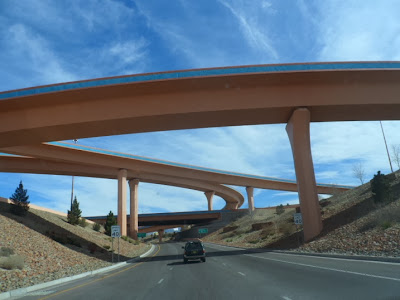 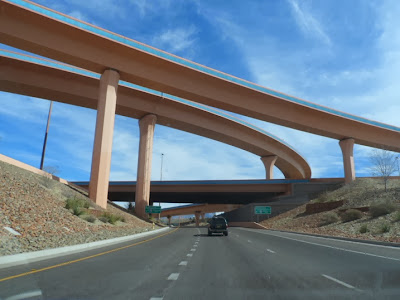 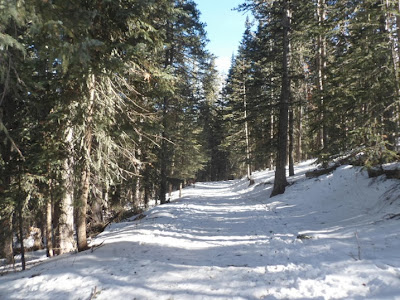 Kiwanis Trail (a possibility for the road to Walt's Cabin) 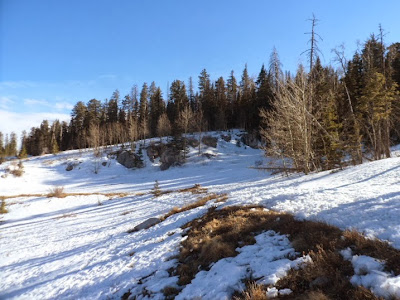 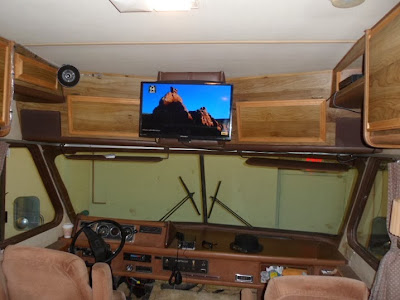 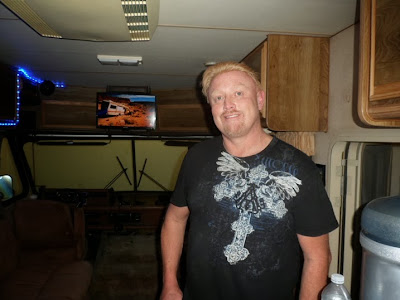 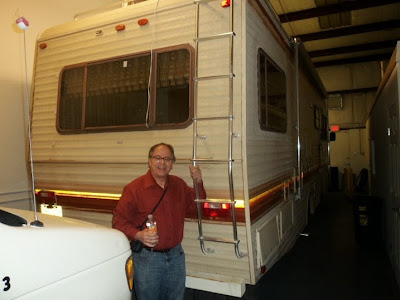 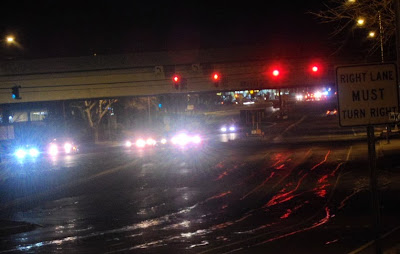 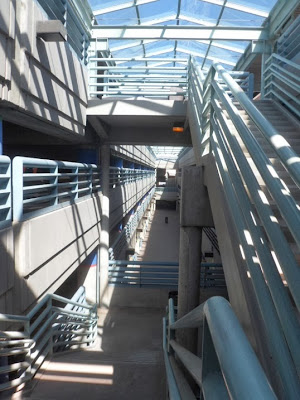 The Southwest Popular/America Culture Association meeting in Albuquerque has been tons of fun, mostly because anybody can play, not just academics. Here are a few examples:

A religious scholar at UC Riverside named Sean Sagan is going to be doing his dissertation on evangelical pamplets, with a heavy emphasis on Jack T. Chick pamphlets. Great choice!

The sessions on Burlesque featured discussion of a new variety - Nerdlesque - that incorporates fandom in various ways - Superman, Batman, Ikea - whatever one can nerd out on. I was slow to realize that all the presenters were not just academics, but burlesque performers too. One scholar went TMI with a description of Nevada attractions. Hands on experience!

My Breaking-Bad panel exposure went well, with a number of useful new contacts.
Posted by Marc at 9:03 PM No comments: 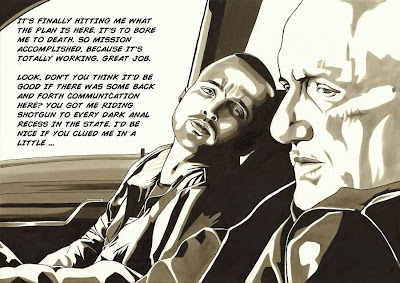 Mission accomplished by Diarmaida in Germany, via the Heisenberg Chronicles.


Heading to the 35th Annual SWPACA Pop Culture Conference in Albuquerque. In particular, I'll be attending:

This roundtable will be comprised of individuals from the Albuquerque area with these areas of expertise related to “Breaking Bad”: Location scouting, set design, character development, economic development, and the resulting local business ventures.


Next week Lori and I will be in ABQ for the Pop Culture Association conference, at which we will present our paper on BrBa (along with 6 others). We are also hosting a 3-hour driving tour on Saturday 22nd. I'd be happy to share my route slip with you, if you like. I also have a much longer 8-hour, 85-mile tour that covers 48 sites. Next Thursday we are hosting a BrBa roundtable discussion at the conference. Our guests include Marq and Ed, Miguel Jaramillo, Keith Allen West (of Bathing Bad fame), and Ann Lerner, the ABQ Film Liaison officer. This should be a ton of fun. And if you could somehow find a way to "have some business" in ABQ next week, we'd love to have you along!

Aka Ralph Monroe.
Posted by Marc at 3:39 PM No comments:

The Wreck of the Edmund Fitzgerald

All Kinds Of Surprises On Cable TV

And it's expensive as hell too.
Posted by Marc at 11:46 PM No comments: 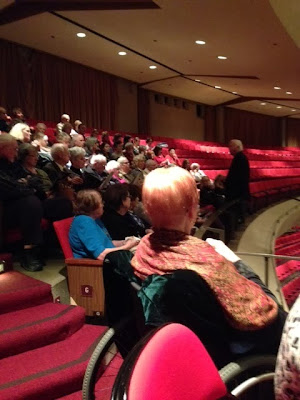 At the pre-game talk, Ron Cunningham talked about his experiences traveling in China in 1980, and told an amusing story of turning to gaze out a bus window, and came face-to-face with a Chinese infant on the other side, being held up by his parents to gaze in wonderment at him. The kid screamed at his foreign visage. Cunningham explained that there was something intrinsically Chinese about Ma Cong's world premiere of "Acceptance", just as there was something intrinsically American about "Wild Sweet Love". Strangely, after watching both pieces, I felt differently, but that was OK. Ballet lives on a plane above mere nations. Still, there was a subtle commonality between Edwaard Liang's "Wunderland" and Ma Cong's "Acceptance" (For my taste, I liked "Wunderland" better - the interesting use of the leg to gain torque and the finish with a body swing, for example.

There was also a backward spring I liked very much. (Was this Lauryn Winterhalder and Stefan Calka in "Acceptance"? I really like Winterhalder! Also enjoyed seeing Karina Hagemeyer.) 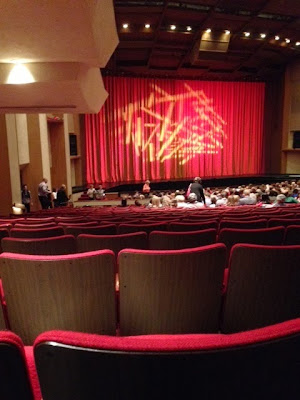 At an intermission, Sally and I spied Ron's dancing daughter, Alexandra Cunningham (who is now nursing a torn ACL). Since Sally had similar surgery a little over a year ago, she was eager to compare notes. (I was a little embarrassed, and worried they would soon be comparing scars, so I scuttled off to the lobby.)

Oddly enough, I remember seeing "Wild Sweet Love" before, with Ilana Goldman instead of Ava Chatterson as the Jogging Girl. That was 2007. Strange that I remember it so clearly. I manage to forget everything else.


Worried about the small size of the audience.

The Teel's announced a $250,000 dollar grant to the Sacramento Ballet. Yippee! It's important to remember, though, that that just pays a poverty wage to 25 dancers for a year. More is needed. Much, much more to run a ballet company even half as good as Sacramento Ballet.

Tonight, I'm rattled by TCM's presentation on TV this evening of Tennessee William's "A Streetcar Named Desire". Half-mad Blanche Du Bois rattling around inside a florid Southern mansion of the mind, depending on the "kindness of strangers."