I just got back from a 36-hour whirlwind visit to Las Vegas. Almost no sleep at all, and none last night!

On Monday, I met with John Wright, my good college friend from New Mexico Tech, and together we went to the Interbike Convention at the Sands Convention Center. John runs Pro-bike Bicycle Shop in Oklahoma City, and he was in Las Vegas Saturday through Monday to order bicycles and parts and products from various wholesalers and dealers. Acres and acres of bicycles and bicycle parts and doo-dads were on display at the Convention Center! We had a wonderful time looking at all the applied technology! Since I had a rent-a-car, I took John to the airport for his trip back home. 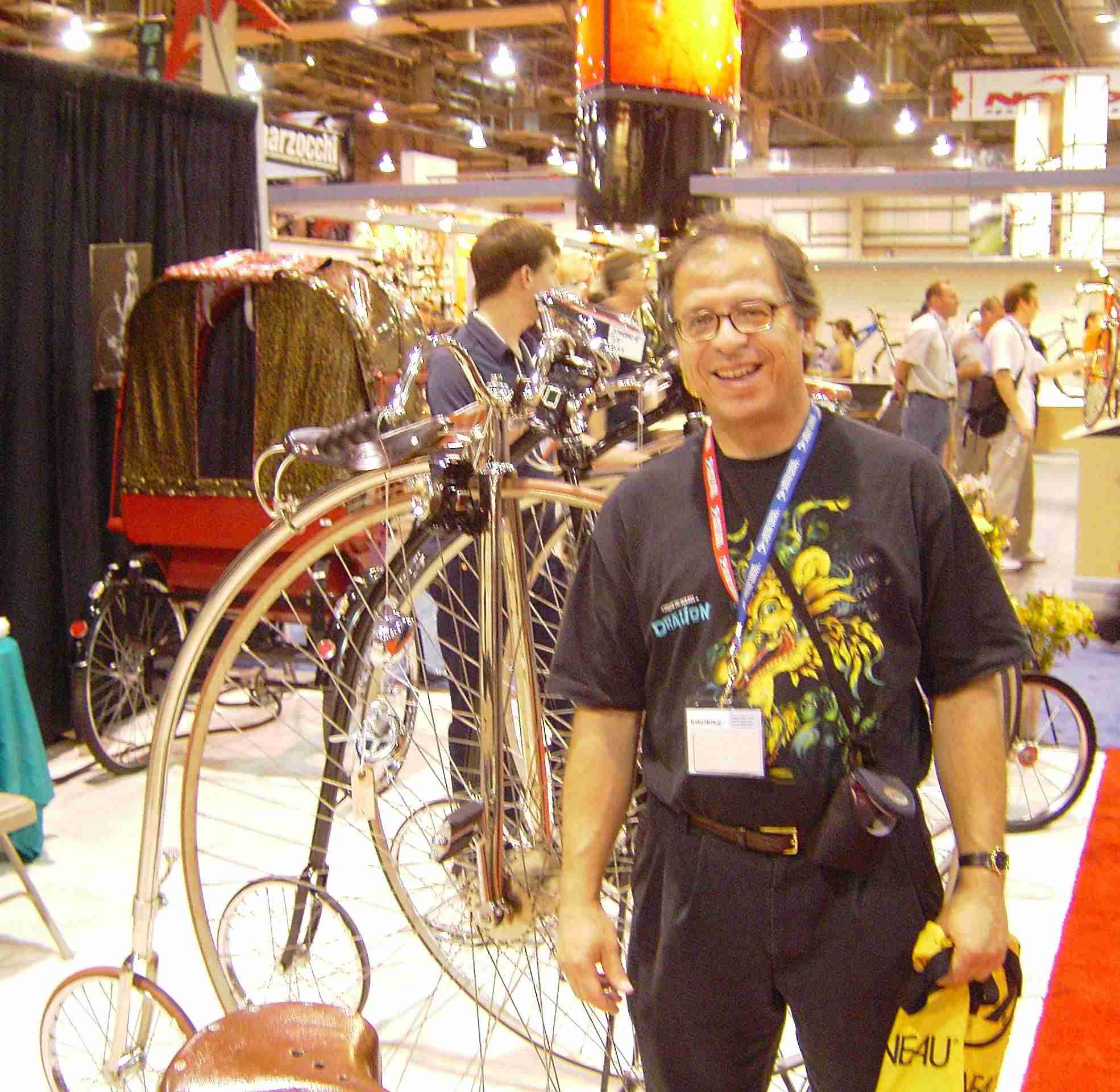 Then Monday night, I ventured on crazy blackjack gambling of course (probably lost about $400 total for the trip, but if not for the most magnificent winning streak in my life - a $2000 win in half an hour at Mandalay Bay - it would have been much, much worse).

Foundation Sin apparently refers to the International House of Blues (HOB) Foundation Service Industry (Sin) party, the only 'public' event held on the lavish top floor, weekly, on Monday's. HOB is one of the most important tenants of the Mandalay Bay casino. The atmosphere is very heady. Here is an excerpt of an article from the NY Times:

But sometimes this city's democratic approach can be more fun than New York elitism. "Las Vegas is so good at imitating reality that it's often better than the real thing," said Hal Rothman, author of "Neon Metropolis: How Las Vegas Started the 21st Century." "If you go to the Venetian, you don't have to worry about pigeon droppings, and when you go to the New York-style clubs, they're not pretentious and there aren't as many rules."

Over at Foundation, a Moroccan theme lounge with tapestries and daybeds on the 43rd floor of the Mandalay Bay hotel, a group of executives from Bear Stearns were drinking in a private room that runs $250 a night. "They treat yuppies like rock stars here," said one executive, Matt, who declined to give his last name. "It blows New York away."

Large numbers of people were already trying to get past the guards at the elevator - due to Paul's membership, we were able to just breeze our way past the velvet ropes (oooh, so elitist, and yet, so generous of Paul)! Loud music, the best scenic vistas of the city, and of what the city has to offer. A wonderful place, the best place! Here is a photo of the magnificent view of the Strip, originally posted at this Web Site.

No better view in Vegas!

Paul D. introduced me to his boss, Ron B., and Ron's guests, former wrestler turned Bronx-bakery-owner John, and John's brother-in-law (Joe?). John and I became fast companions, and for a time we moved around together. Due to Ron's membership, he was able to reserve the central section of the Foundation Room, the favored portion in front of the fireplace and delimited by couches, for just his guests, which now apparently included myself.

As the room filled up with acres of beautiful people, they increasingly tried to move into the couch area, but guards kept them away - I felt awkward at being one of the few people in the room with full range of motion. A few beautiful women lingered for conversation, including a student from Florida and a helicopter pilot from North Carolina.

Ron B. was very considerate of his guests - he lectured me on the importance of treating celebrities just like anyone else, since it was clear this was something of a Hollywoodish crowd, and anyone could be there. Ron B. loved explaining his philosophy of generosity and joie de vivre.

Later, Paul showed me various VIP lounges, with their florid Hindu/Buddhist jungle decor. Then Paul abruptly disappeared. At 12:45 a.m., for unknown reasons, we lost our claim to the fireplace area - Ron B. retreated to a VIP lounge with a big-screen TV showing time-lapse pictures of cumulonimbus clouds, and Utah arroyos. I skittered about the premises, checking out the two dance rooms, including the hip-hop room, and intruding over the velvet ropes there ("Sir! The ropes are there for a reason, sir!") Expansive, yet private, the club has many attractive features, and I'm sure a membership is highly-prized.

In the Foundation room, another DJ spun house. There was a funny moment: in the loud environment, I asked the DJ to play Angie Stone's "Bottles and Cans", the wonderful mix by Guido Osorio that is unavailable commercially. Misunderstanding, the DJ dutifully produced an empty can of Red Bull and an empty cocktail glass. I laughed, he was embarrassed, but it was OK - he never did play that tune, though, just other interesting ones.

Ron B. had promised that the party would push the limits of decadence, mentioning a provocatively dressed (or undressed) woman who walked on her hands at a previous party. I waited, but the limits were never pushed that hard, at least by 2:30 a.m. After a while, I retreated downstairs to the casino, had my big winning streak, met a few other fun characters (like Simone D.), left to go to the MGM Grand, lost big there, unfortunately, and then got ready to return to Sacramento in the dawn's early light.