Pushing to Finish Update on My "Breaking Bad" Book 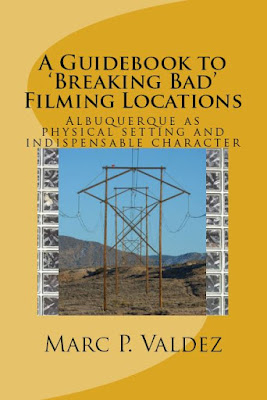 All I need - software troubles.... George Zoritch: So Grateful For Him!

This is delightful! Someone posted a YouTube video of some of my first ballet instructor's Hollywood performances!

George Zoritch danced with the Ballet Russe de Monte Carlo for many years, and appeared in several motion picture musicals in the Forties (the closing credits of Cole Porter's "Night and Day" feature a duet with him), before running his own ballet studio in Los Angeles, and moving to Tucson to teach at the University of Arizona. He was interviewed in the 2005 documentary "Ballets Russes", where the great ballerina Maria Tallchief described him as, by far, the "most-handsome man I had ever seen!"

Since many Ballet Russe dancers were physically gifted and lived disciplined lives, they lived a long time, and had a vast influence. I was surprised, and vastly-pleased, to learn one of Jessica Arena's instructors in Marin County was the phenomenal Ballet Russe dancer, Marc Platt. Indeed, Jessica herself appears for a few seconds with Platt in the film "Ballets Russes".

Grumpy on a hot evening.

I'm unhappy, mostly because the Police Department has a portable Diesel Generator running in front of my house, in order to power camera equipment watching the speed humps there. I don't know why they are watching the speed humps. The speed humps seem to work fine and they don't move around much, but the police need to watch them anyway. As an air quality modeler, I'm aware of just how high concentrations of air toxics can be around portable Diesel Generators. My house reeks of exhaust. I posted a complaint just below the police decal asking where their permit is. It makes me grumpy.

I went out front to water plants at 1:45 a.m. A raccoon with a sleek furry look approached me from behind some shrubbery. I spun around and aimed the hose at the raccoon. The raccoon flinched and retreated. The raccoon stared at me from a distance, looking grumpy, before ambling sullenly away.

Grumpy is contagious on a hot evening.
Posted by Marc at 11:51 AM No comments:

If a Tree Falls On Fair Oaks Blvd., Everyone Can Hear It 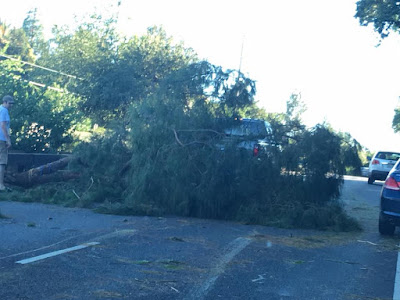 On hot days like these have been, there are weird infrastructure fails, like power outages. Sometimes people fail. Early Saturday evening, a tree blocked Fair Oaks Blvd. Somebody lost their bearings in the heat and drove into it?
Posted by Marc at 11:50 AM No comments:

The Humboldt County Sheriff’s Office received a 911 call abut 9 a.m. reporting a mother attacking her child at Centerville beach near Ferndale. The caller said the mother was attempting to perform an exorcism. She had stripped the child naked and was shoving handfuls of sand in the youngster’s eyes and mouth, according to a Sheriff’s Office news release. The woman reportedly stated that she was trying to remove demons from the child.

...The alleged assault was witnessed by a crowd of 10 to 12 people, the news release said. A local resident, John Marciel, stepped in and tried to restrain Felder. He struggled with her on the ground as Felder continued to attack the child, hitting the youngster in the head with a piece of driftwood, according to the news release.

A sheriff’s deputy arrived a short time later, pulled Felder away from the child and placed her in handcuffs.

...Felder was booked into the Humboldt County Correctional Facility on suspicion of attempted homicide, assault with a deadly weapon, felony child abuse and aggravated mayhem.

The Sheriff’s Office commended Marciel for intervening, saying he likely prevented the youngster from being killed. The Sheriff’s Office is requesting that Marciel be recognized with the Red Cross Life Saving Award for his actions, the news release said. 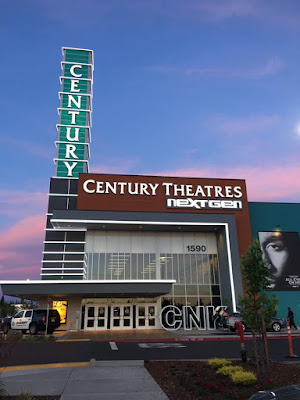 Movie selection has been wretched for months. The Tupac biopic, "All Eyez on Me," premiering tonight, is the first glimmer of light for a while. I'm not even a Tupac fan. I just want to see a non-stupid movie.

This renovated theater is something else! 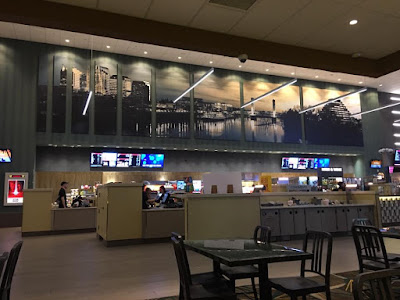 Curious movie. Curious redone theater. Tall seats made it seem empty even though it was full. Sacramento County Sheriffs in the lobby. A little overacted for my taste. Tupac was a mass of contradictions. My understanding of rap history is pretty sketchy, so like Adam foretold, I was befuddled at times. Glad they delved into the Black Panther mind set - people forget those days too easily. Smiled when the audience laughed at the appearance of Snoop Dogg. Smiled more at Digital Underground: I had no idea Tupac was with them. The Humpty Dance reminds of a street corner in Salt Lake City - Mormonland, 1990! Like it was yesterday! Thought I recognized one of the extras, but there's no trace of credits for extras I can find on the Internet. I hope it was her. Love Vegas, even under dark circumstances. In any event, the movie is kind of a first - a major-release historical rap biopic, and for that reason alone will be a big hit. 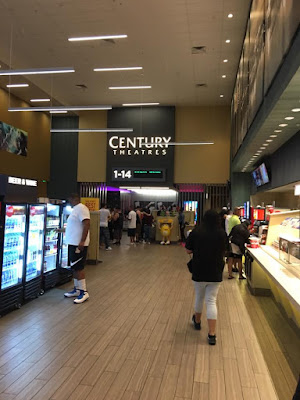 Southern Baptists Do The Right Thing, But In a Really Strange Way

Trying to reorient America’s largest Protestant denomination has not been an easy matter for anti-racist advocates. They have been helped along by necessity: There has been a major decline in religiosity among white Americans (who remain by far the largest demographic among Southern Baptists) and also an influx of immigrants from Spanish-speaking countries where Evangelical Christianity has flourished in recent years.

Faced with a very real struggle to maintain the Southern Baptists’ membership and ministerial mission in a country that is extremely different from the segregationist South once defended by the likes of Jerry Falwell Sr., internal crusaders like Russell Moore, president of the denomination’s Ethics and Religious Liberty Center, have sought to remake the church into a place for people of all races.