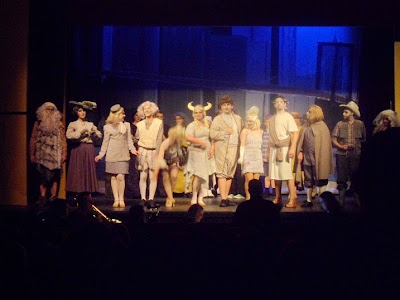 The Addams Ancestors, at bows.

A very fun show! Very clever script. My favorite leads were Gomez Addams (Mark Ettensohn), Wednesday Addams (Karissa Lee Carleton), and Alice Beineke (Celia Green), with Uncle Fester (Chad Marquis) a close fourth. I don't remember seeing Karissa Lee Carleton before, so I was surprised by her strong performance. In many ways, this show is a triumph for her. Uncle Fester's performance (together with Female Ancestors) of "The Moon and Me" is delightfully trippy! 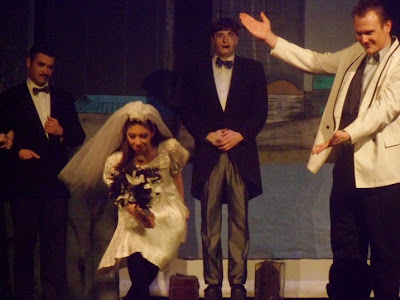 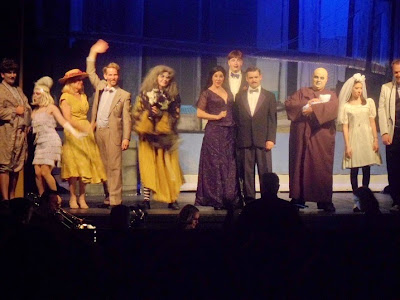 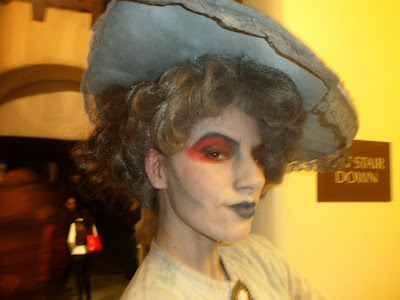 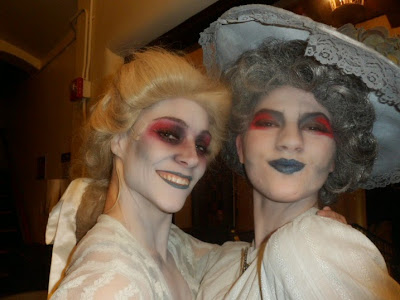 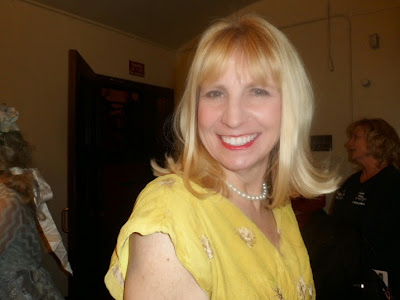 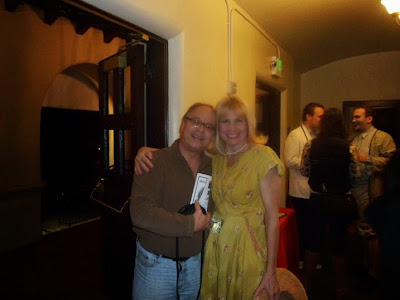 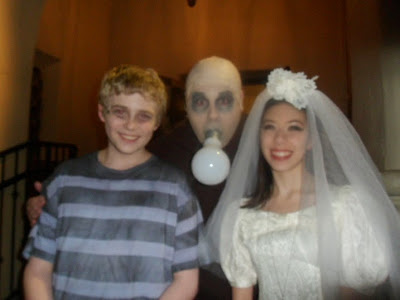 
ALBUQUERQUE (KRQE) – An Albuquerque police officer has been shot by another officer in a busy area of town. According to Chief Gorden Eden said they were both undercover.

Chief Eden said a detective was shot during an undercover narcotics operation by another Albuquerque police officer. He said both have been with the department for several years and they were both working in plain clothes when it happened.

Remember how Republicans used to mock California as a failed state? Greece on the Pacific? Well, a few years ago, voters kicked Republicans out of power and changed the absurd supermajority budget requirements that had given minority conservatives veto power over state government. The result? With voter approval, the state raised taxes on the highest income earners to fund education. It started to reinvest in water and transportation infrastructure and rebuild the social safety net. It completed the implementation of a robust cap-and-trade program to restrict carbon emissions and fund sustainability projects. And the result? A rapidly growing economy and surging tax revenue.

Now In The Center Ring...

Along with her other sets of skills, Nani is now learning how to do trapeze art.
Posted by Marc at 11:10 AM No comments: 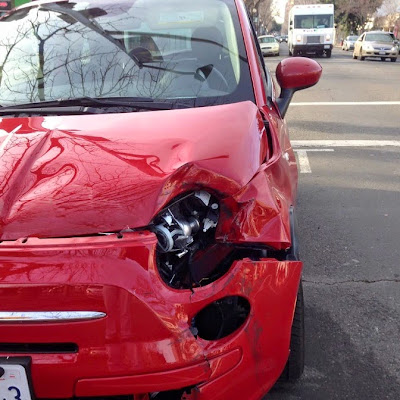 Yesterday, two vehicles collided at the nearby intersection. It was a brawny David vs. Goliath match. The Fiat microcar lost a fender, but appeared to be mostly OK. The pickup truck was more fragile than it first appeared. Its drive shaft broke free and it had to be towed away. 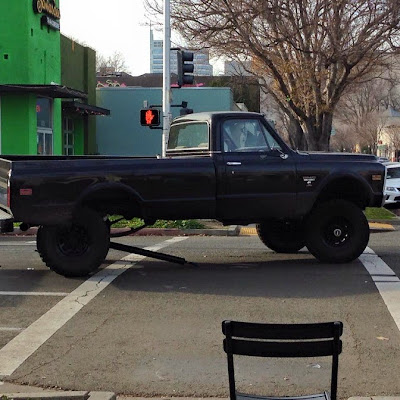 His wife is right: New Mexico will never pay:


By John Wines' calculation, the scratch-off ticket he bought at a Roswell, N.M., gas station is worth $500,625. The state lottery says it is worthless.

Wines, a retired heating and air conditioning repairman, bought the $20 "Ruby 7s" ticket on Dec. 6, and went to his car to scratch it off. When his effort appeared to reveal four prizes - two of $250,000, one for $75 and another for $50, he excitedly ran back in to present it to the cashier.

"She scanned it in the machine and told me it isn't a winner," Wines, 65, told FoxNews.com. "I couldn't believe it."

It turned out the ticket bore at least two critical misprints above the $250,000 jackpots. Wines' winning numbers, listed on another portion of the ticket, were 1 and 2. If either of those appeared above the prize, the ticket is a winner. Wines' ticket appeared to show a 1 above both of the six-figure payouts, but an abbreviation code for the single-digit numbers did not match. It indicated that one was supposed to be a 12 and the other an 18. On each, the second digit was just a tiny smudge.

"NMLA is not responsible for lost, stolen or misdirected tickets," reads a disclaimer on the back of the ticket. "Liability for void, altered or misprinted tickets or disputes, if any, is limited to the refund of the retail sales price."

Wines called the state lottery, where officials offered him $100 worth of free tickets, but flatly refused to pay out what Wines sought.

..."I woke up the other morning, and she said, 'What's wrong?'" Wines recalled. "I said, 'I just can't stop thinking about that lottery ticket.'

"She told me to forget it," he said. "She said they're never going to pay me."

Getting Excited About ABQ Trip!

I can't believe I'm on the schedule! I'm preparing a Power Point presentation for my talk at the 36th Annual Southwest/Popular Culture Association (SWPACA) entitled: "Up The Turquoise Trail" With The White Family: Native American History as Foreshadowing in "Breaking Bad". I'm scheduled for "Breaking Bad Session 3: Philosophy & History" (session chair Nick Gerlich﻿) on Thursday, February 12, 2015 (3:00pm - 4:30pm), Grand Pavilion 6, Hyatt Hotel, Albuquerque, NM. If you are around, check it out!

The hard part, of course, is coming up with persuasive arguments for the academic audience. Persuasiveness is the weak point. I launched myself so far into the stratosphere of imagination that the only people I'll manage to persuade are the folks at Nazareth.

(That's an old Albuquerque joke. Nazareth Sanitorium, the famed psychiatric hospital, closed in 1973, but it starred in Breaking Bad as Casa Tranquila, where Gus Fring and Tio Salamanca met their ends, and lives on today as Fiesta Park, a medical resort for people recovering from complicated knee surgeries.)
Posted by Marc at 11:47 PM No comments: