A team of scientists exploring the Pacific Ocean off the Southern California coast have come across a creature that looks like it could be part of a “Pokemon Go” game.

The purple, googly-eyed animal — which according to scientists aboard the exploration ship E/V Nautilus looks like a cross between an octopus and a squid — is known as a stubby squid, but is more closely related to a cuttlefish.

The creature was observed last week as the crew explored the ocean floor at a depth of 2,950 feet with a remote-controlled vehicle equipped with a high-definition camera.

It's A Small World 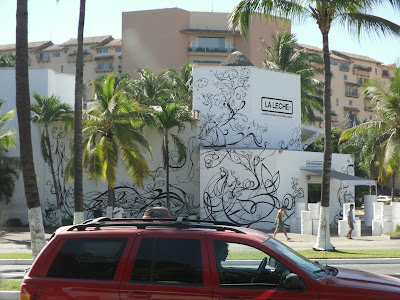 I read about the terrible kidnapping of 16 people from a fancy restaurant in Puerto Vallarta, Mexico, then wondered if I might have any pictures of the restaurant from 2010, when I went down on a cruise as part of the wedding party for Mark Mill and Lauren Mill.

Sure enough. It's a small world! Looks nice on the outside. I bet it's gorgeous on the inside.
Posted by Marc at 11:49 PM No comments:

And numerous other videos. A selection....

Surprise, surprise! Republican presidential nominee Donald Trump’s daughter Ivanka and the ex-wife of Fox News owner Rupert Murdoch and current girlfriend of Russian dictator Vladimir Putin, Wendi Deng Murdoch, are best buddies who just went on a lavish vacation together. Might that explain Fox News’s unbelievably slanted favorability towards Trump’s despicable brand of politics? Could you imagine the outrage by Republicans if one of President Obama’s daughters were hanging around with Putin’s girlfriend? ... Right — like the two met coincidentally at the supermarket while buying supplies to cook for the homeless. One really can’t make this stuff up.

Joe The Plumber's Off To The Circus 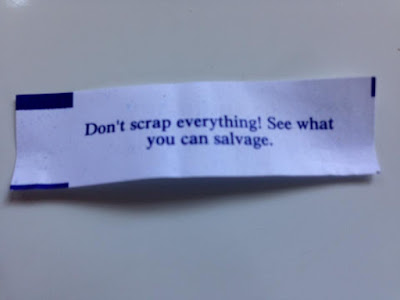 Now that Joe the Plumber has decided to become a carnie and join a traveling circus, I rely on fortune cookies to provide Home Improvement tips.
Posted by Marc at 11:41 PM No comments:

Last Thursday, wondering if it would help me sleep, I took half a tablet of the hormone Melatonin before walking Bella. Made me a bit dizzy and put me in a fatigued haze.

On Friday, Bella and I passed Willy's Hamburgers on 16th Street. We saw an arresting sight. In Willy's outdoor patio dining area a couple was eating their midnight snack. The woman had a beautiful smile on her face as she looked dreamily at her handsome guy. Out of their sight, eight feet away and over the fence, a young, lanky homeless man lay sprawled over his belongings, mouth wide open as he faced upwards. It was such a startling contrast that my first inclination was to take a picture, but it would have ruined the romantic moment, plus the unconscious guy might have awakened.

We traveled north along 15th Street, passing the R-Bar area, and entered Fremont Park - a first for Bella. Despite the late hour, a Pokémon guy was still afoot in the park. I heard a woman speaking from a parked car. A statuesque black woman with skintight white jeans and a fabulous physique exited while talking on her cell phone to someone nearby. Despite her youth, she had trouble standing up straight. "I have to pee so bad; you don't know how bad I have to pee," she told her friend. "Oh, do you see me?" she added. She wobbled away on her stilettos to meet her friend.

It was near the 2 a.m. witching hour, and happy and sad bar patrons were making their way home, or to their cars, or to parties, on foot. A man was loudly singing the refrain to Beyoncé's "Flawless" over and over: "I woke up like this," he shouted over and over. Another woman was yelling angrily into her cell phone, "I didn't go in the store, YOU went into the store, and YOU took it!"

A fire engine roared past, and an EMT vehicle too. They went to pick up a woman who had collapsed on the sidewalk, outside Safeway supermarket, next to one of Bella's prime feeding areas. Bella followed a dilatory, time-wasting strategy until they took the woman away, which opened up the area again for feeding.

On Saturday night, Bella and I were approaching the 16th Street underpass when a thin man huddling in the dark with his backpack and bicycle exploded in frustration. "In my lifetime, I've probably spent $25,000 on California lottery scratch tickets, and I have never, ever won the Bonus Spot! Do you have any idea the odds of that happening?" I reassured him that 2016 will be HIS year.

In the 16th Street underpass, a lucid elderly man asked the time. It was 1:22 a.m. He explained, "I'm waiting for daylight. I'm lost. I'm from San Francisco. I was living here in Sacramento with a couple, but they moved away." He showed me an ID plus several cash cards. The address on the ID was located in Del Paso Heights. "You're a number of miles away from there," I informed him. "Really? Beats me. You see, I have dementia. I should probably check into the hospital. I'll be all right, though. I just need some coffee. I'd panhandle, but I'm no good at that." I wished him well, and Bella and I disappeared into the dark.
Posted by Marc at 3:38 PM No comments: