Oh, I got my Sean Paul songs mixed up! This one is on the NPR's List of Top Summer Songs, and I remember it ruling the Las Vegas Strip in Autumn 2003. Ever since I took a dance class from Laure Courtellemont and got blown away by her style, I've become interested in Jamaican Dancehall.
Posted by Marc at 11:56 PM No comments:

Bad luck to say good luck on opening night!
Posted by Marc at 2:00 PM No comments:

Kate Levering Back In Sacramento

Jenifer Foote too!
Posted by Marc at 1:59 PM No comments:

And So, Quite To My Surprise, I Am A Juror 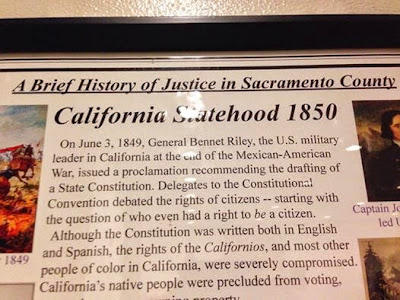 That was SO EMBARRASSING Thursday afternoon! Even though my iPhone was in a 'Do Not Disturb' mode, the AMBER ALERT came blaring through anyway and brought courtroom proceedings to a stop!
Posted by Marc at 5:16 PM No comments:

Saw "The Producers" last Saturday night (no pictures - didn't break out the camera). It was great seeing old friends.

Fine show. Brent Null is a strong Max Bialystock. Tyson Wheeler makes a good Leo Bloom: his leanness and grace is very helpful with the characterization. Jennifer Zimny is great as Ulla.

Still, I thought the evening was owned by Darryl Strohl-de Herrera as Roger DeBris. Great energy in "Heil, Myself". Excellent job!
Posted by Marc at 5:55 PM No comments:

Hilarious! Suck on it!:


Friedman, who likes his countries like he likes his women: hot, dry, and financially liquid, seems to have a real war boner for Iraq.

Back in 2003 he explained that there was this bubble, you see. And it was kind of like the tech bubble, but not quite. It was a terrorism bubble and, instead of being full of pet.com or webvan.com or hotnakedphyllisschlafly.com, it was full of swarthy people with box cutters who hated our freedom and our open society and our innate God-given goodness.
Also, probably our Apple products.

One version “claims” that the swarthy-muslimy bubble burst on 9/11/2001 and that is what brought downt the Twin Towers (it was in all the papers, you can look it up).

Another, more logical, version has it that there was a super-secret conspiracy involving the NSA, CIA, FBI, NYPD, FDNY, all branches of the U.S. Armed Forces including the Coast Guard which is totally one too — so stop laughing, the Bilderberg Group, Disney, Cinnabon, and HBO to destroy the U.S. Economy by melting the steel reinforcing the towers using an underground Volcano Machine developed by Northrop Grumman, GE, and Build-a-Bear and housed in Building 7.

Both of those are equally plausible depending upon your daily lead intake.

...Shorter Tom Friedman: We broke it, you bought it. Get back to me in six months [Friedman unit]. Until then …. suck on it.


Meanwhile, I wish this was satire, but it isn't:

A Bad Day In Pilger 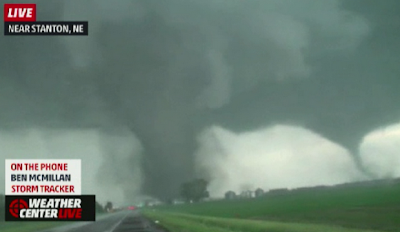 I have nightmares about stuff like this.
Posted by Marc at 4:20 PM No comments:

The Neocons Sob For The Sunni Moderates

Who will save the vulnerable Sunni moderates? (How many are there? One? Two?):


This would require a willingness to send American forces back to Iraq. ... This is the only chance we have to persuade Iraq’s Sunni Arabs that they have an alternative to joining up with al Qaeda or being at the mercy of government-backed and Iranian-backed death squads, and that we have not thrown in with the Iranians. It is also the only way to regain influence with the Iraqi government and to stabilize the Iraqi Security Forces on terms that would allow us to demand the demobilization of Shi’a militias and to move to limit Iranian influence and to create bargaining chips with Iran to insist on the withdrawal of their forces if and when the situation stabilizes.

...Throwing our weight behind Iran in the fight against al Qaeda in Iraq, as some are suggesting, would make things even worse. ... But backing the Iranians means backing the Shi’a militias that have been the principal drivers of sectarian warfare, to say nothing of turning our backs on the moderates on both sides who are suffering the most. ... In addition, the U.S. would be perceived as becoming the ally of the Islamic Republic of Iran against all of the forces of the Arab and Sunni world, conceding Syria to the Iranian-backed Bashir al-Assad, and accepting the emergence of an Iranian hegemony soon to be backed by nuclear weapons. And at the end of the day, Iran is not going to be able to take over the Sunni areas of Iraq—so we would end up both strengthening Iran and not defeating ISIS.

Now is not the time to re-litigate either the decision to invade Iraq in 2003 or the decision to withdraw from it in 2011. The crisis is urgent, and it would be useful to focus on a path ahead rather than indulge in recriminations.

I wonder who these people are Kagan and Kristol mention who want to support Iran? I don't think anyone is suggesting that; certainly not liberals. It's just that Iranian and American interests are more in harmony these days, and we may as well talk to them. The enemy of my enemy being my friend, and all. In other words, politics, as usual. And we spent eight years lecturing the Shiites about demobilizing their militias. They told us to pound sand. Why would that change with a reintervention?

And I think it's the perfect time to re-litigate the decision to invade Iraq in 2003. Those who don't learn from history are doomed to repeat it!

Yes, it must be hard to be a Neocon these days, wringing hands about Sunnis suspecting Americans of treachery, and all.  The Sunnis are perfectly-capable of judging events as they see them and taking matters into their own hands.
Posted by Marc at 3:10 PM 1 comment:

Phoenix: where the temperature may soon not drop below 100 degrees F at night in High Summer:


Sixty years ago, when Phoenix was just embarking on its career of manic growth, nighttime lows never crept above ninety. Today such temperatures are a commonplace, and the vigil has begun for the first night that doesn’t dip below 100. Studies indicate that Phoenix’s urban-heat-island effect may boost nighttime temperatures by as much as ten degrees. It’s as though the city has doubled down on climate change, finding a way to magnify its most unwanted effects even before it hits the rest of us full blast.

...Phoenicians who want to escape water worries, heat waves and haboobs have traditionally sought refuge in the cool green forests of Arizona’s uplands, or at least they did until recently. In 2002, the Rodeo-Chediski fire consumed 469,000 acres of pine and mixed conifer on the Mogollon Rim, not far from Phoenix. It was an ecological holocaust that no one expected to see surpassed. Only nine years later, in 2011, the Wallow fire picked up the torch, so to speak, and burned across the Rim all the way to the New Mexico border and beyond, topping out at 538,000 charred acres.

...Compared to Phoenix’s other heat and water woes, the demise of Arizona’s forests may seem like a side issue, whose effects would be noticeable mainly in the siltation of reservoirs and the destabilization of the watersheds on which the city depends. But it could well prove a regional disaster. Consider, then, heat, drought, windstorms and fire as the four horsemen of Phoenix’s Apocalypse. As it happens, though, this potential apocalypse has a fifth horseman as well.

...Drought divides people, and Phoenix is already a divided place—notoriously so, thanks to the brutal antics of Maricopa County Sheriff Joe Arpaio.


In Mosul, two divisions of the Iraqi Army, approximately 30,000 men armed with tanks and helicopters and all the other gear of a modern army, were confronted by 800 ISIS Islamist guerrillas. In an act of cowardice that made the ARVN look courageous, they dropped their weapons and ran. Not because they were faced with a superior force. Not because they were short on fuel and ammunition. No. They ran simply because they were cowards who didn’t want to fight. The ISIS Islamist guerrillas are now in possession of over $1B worth of American-made weapons abandoned by the Iraqi Army thanks to this act of cowardice that makes the ARVN look courageous.

...The only good news out of this is that now that ISIS has seized over $1B worth of American-made arms, President Obama no longer needs to get Congressional approval to send over $1B worth of arms to the Syrian rebels. Who are, err, ISIS.

In response to the drought, I've been putting out more bird seed than ever every day. Now, I have a bumper crop of squirrels (they must have had babies). Also, now I have crows, who last week finally figured out where and when I toss peanuts out back. So, it's not just a scrub jay and squirrel secret.

Times must be tough out there. Yesterday, there were two groups of crows unhappily shouting at each other for access to sunflower seeds. One group even seemed to look different: with a kind of crest on the head. Looked like a bird gang rumble, it did.

This looks like one of my opportunistic anti-Hillary squirrels. I wonder sometimes why I feed them.

Aussies picking up a fad:


Australia's first cat cafe will open in Melbourne this July. The premises will comprise a cafe and an area that houses a number of cats that people pay to visit and interact with. The idea came from husband and wife team, Anita and Myles Loughran, after they visited a cat cafe in Tokyo on their honeymoon. After returning to Australia and becoming dissatisfied with their jobs, they decided to see if starting their own cat cafe was feasible.

...The cafe area is on the ground floor while the cats are located on the first floor. "There are four rooms for people to interact with the cats and a fifth room which is just for the cats and where they stay overnight," Loughran says.

...Loughran says there is a maximum of 15 cats allowed, although the final number they will have is yet to be determined.

...Visitors who want to interact with the cats pay $10 for the first hour and then $5 for every half an hour. There are rules around interacting, such as not feeding them or waking them if they're asleep, and there's no limit to the amount of time they can spend with them.

While this is the first cat cafe of its type in Australia, there are other cafes that allow people to bring their pets with them. Cafe Bones in Sydney's Leichhardt describes itself as "the world's first truly dog-friendly cafe" and serves pupacinos for dogs, along with coffees for their owners.