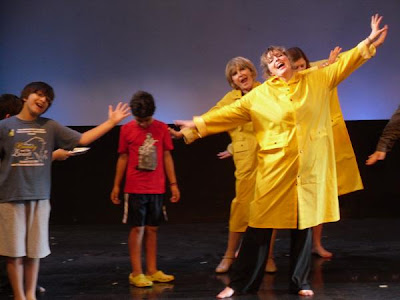 Yesterday, after the final performance of DMTC's "Singin' In The Rain", at the very end of strike, the cast (particularly Mary Young) asked for a favor.

The opportunity to sing and dance in the rain had been denied to everyone (but Rand Martin, who played the lead, Don Lockwood) in the show itself. Before the rain apparatus was dismantled, could they finally get that opportunity? 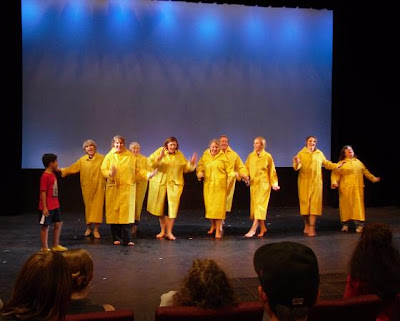 (which reminds me, I think we forgot all about dismantling the apparatus, so it's up there still, where it can really 'rain on prom night', if desired, for the YPT's closing weekend of "Grease"). 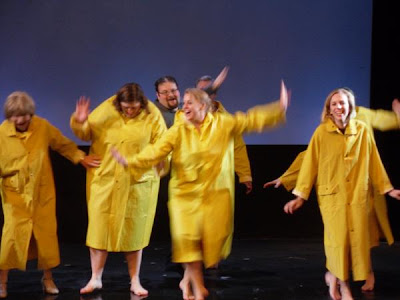 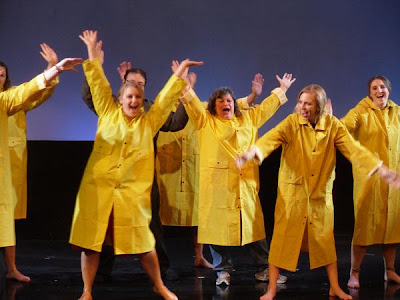 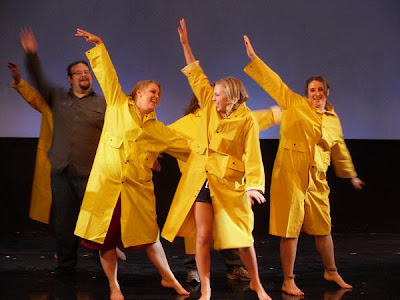