Whoa! The Stephon Clark protestors came right past my house! Jasper was interested in the activity.

Increasingly, the protesters are targeting the neighborhoods where Sacramento’s elites actually live (and since I live on the edge of Curtis Park, that means me too).

The situation is tragic. (Strictly my opinion) the shooting of Stephon Clark was arguably justified, but the shooting of Darell Richards last September, just three blocks from here, was not justified (the police knew who Richards was and had time to prepare a mental health intervention, but did not). No one is marching for Darell, though, so marching for Stephon will have to do. 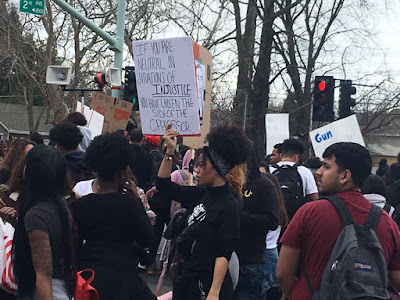 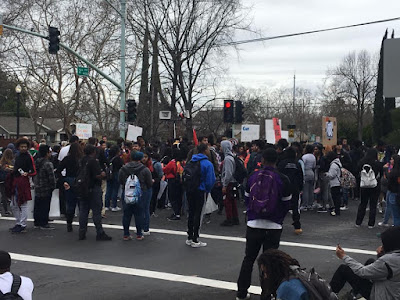 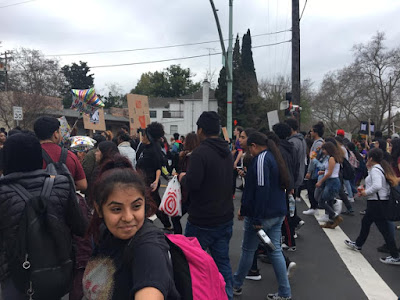 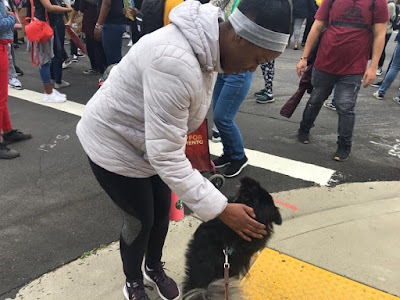