I couldn't wait, so I saw "Lady Bird" tonight - Greta Gerwig's valentine to Sacramento. I saw the 8 p.m. show, and was shocked by how many people were there at the Tower Theater - sold out, with about 90% of all the seats occupied. I've never seen that before!

The film describes a parallel Sacramento universe to the one I was in in 2002 - at once, both familiar and alien. I found myself tearing up at unexpected times. It was wonderful seeing Erik Daniells on the big screen!

The audience gave a rousing round of applause at the end. There was a pocket of applause during credits - likely a party of folks involved in the actual film-making.

Since my Sacramento universe is so much different than Greta's I think I should write a Sacramento screenplay. Maybe have my universe intersect momentarily with hers - matter and antimatter - and blow both universes into smithereens. 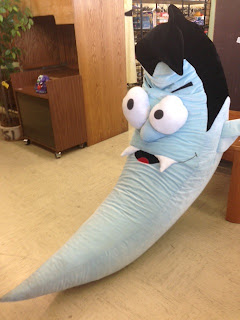 I was pleased Greta featured Thrift Town, but used the time there to shop for a dress. Not my experience. This is my memory.

I saw the movie a second time, and realized Sabrina Schloss is in it too. She did shows at DMTC a decade ago.

[UPDATE} Kate sends this: "In case you missed this—I didn’t hear it, but I know you follow Greta" - Fresh Air interview with Greta Gerwig.