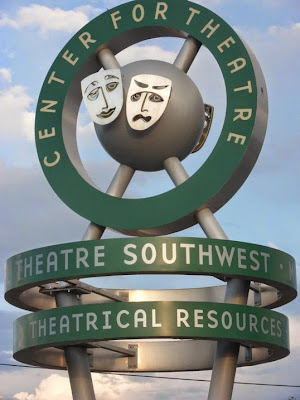 I went to see "Titanic - The Musical" at Musical Theatre Southwest, in their smaller theater on Domingo Rd. NE, on 07/19/14.  They also perform for three-week runs at the nearby 300-seat African-American Cultural Center, but the smaller 100-seat Domingo Rd. theater is available for four-week runs.  (I haven't seen a MTS show since 2005's "Cinderella" at the Hiland Theater.)
I couldn't control tears hearing "Godspeed, Titanic" once again. And here, as you might imagine, the "Albu-Q-Q" line got a lot of laughs! I talked with the actor who played Edgar Beane (Jeff Chavez) since I had played his role in DMTC's 2006 production of the show. Antonia Cardella was excellent as Alice Beane.

I entered the raffle and with luck I will win the big model of the RMS Titanic. The moment of impact with the iceberg was memorialized with flashing black light strobes that made white costume pieces glow, as well as a single, constant black light that made the white superstructure of this model glow as well in an appealing way.

This is a difficult show for a smaller ensemble cast without the space to have a tilting stage. MTS did well with it. The costumes were particularly awesome. There were some things I didn't like, such as the staging for "We'll Meet Tomorrow", which featured the folks in the lifeboat facing up upstage, which reduced the power of their singing. 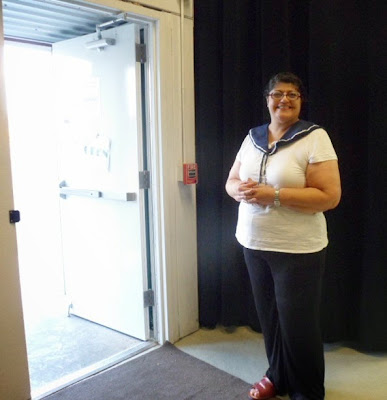 The crew of the Titanic welcome everyone aboard. 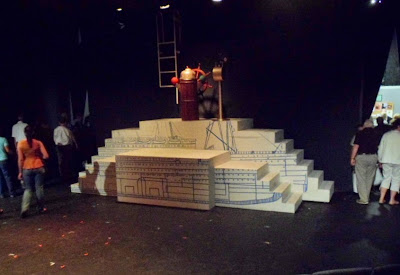 Bridge of the Titanic, and the exits. 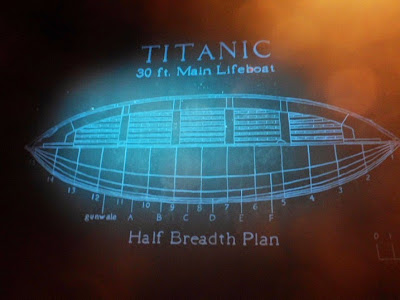 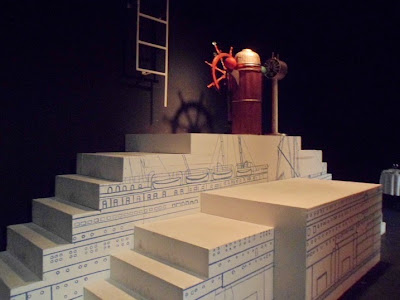