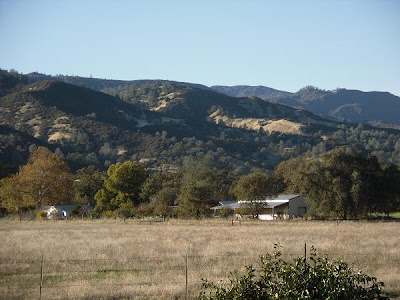 For the third year running, I spent Thanksgiving with Sally and her friends, the Adams clan, in the Capay Valley on the furthest fringe of the town of Guinda. It was a very pleasant time. This year, I discovered Imogene comes originally from Union County, New Mexico, so we compared Southwestern notes. 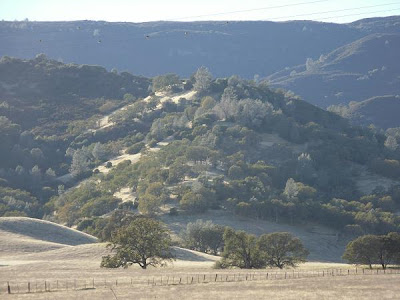 There were lots of meadowlarks out, plus crows, hawks, scrub jays, plus some mystery bird I need to look up. The weather was just as clear as last year, but considerably colder. Indeed, 2010 may be among the coldest years on record along California's Coast Range. 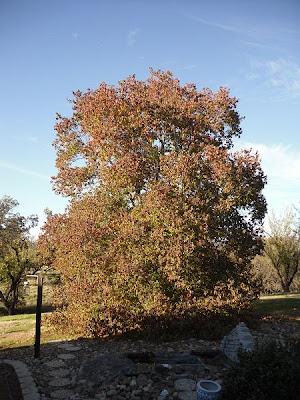 The recent freeze stomped all over what had been brilliant red foliage on this familiar tree. 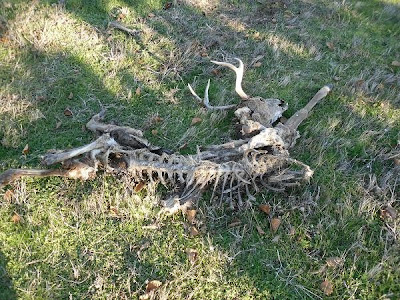 The newest addition to the farm was this four-point deer - friend to the crows -and now in a highly-advanced state of decay. Everyone agreed the deer had showed up "about when Aunt Tizza last visited the farm," but predictably, no one could agree when that was: July? October? Who knows?