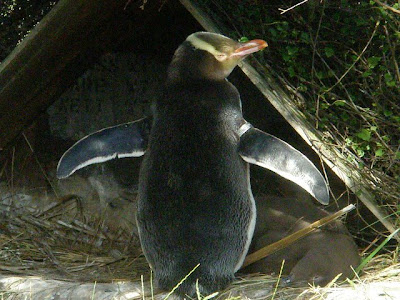 Visiting The Yellow-Eyed Penguin (aka Hoiho)

Left: The Hoiho, at home.


The Otago Peninsula is one of the few places in the world that one of the rarest penguins (and third largest penguin), the Yellow-Eyed Penguin (aka Hoiho), calls home. There are apparently several places to see it, but I ended up at the Penguin Place, a privately-run sheep ranch and conservation effort (see video). 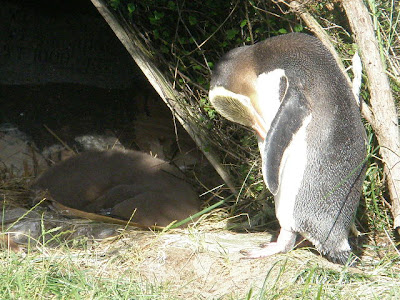 Apparently this has been a terrible breeding season for them. (They are vulnerable to: 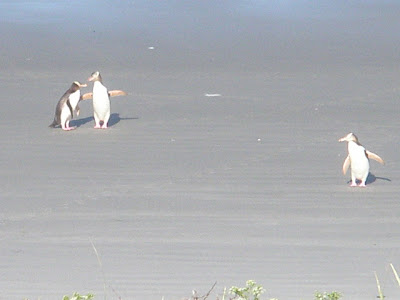 Left: Friends on the beach, at evening. 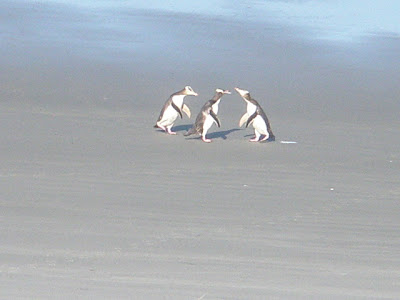 Left: Friends, become less friendly, as one penguin (on the right) makes a perplexing territorial claim on the open beach that the other penguin (center) thinks is just rubbish. 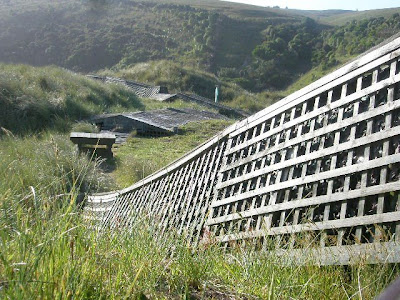 Left: They've built a series of camouflaged trenches, so one can run up and down the sloping beach without being seen by the penguins.

The folks at the Penguin Place stated at the start of the tour that we would be likely to see anywhere from five to ten penguins. I believe we saw nine....
Posted by Marc at 2:48 PM