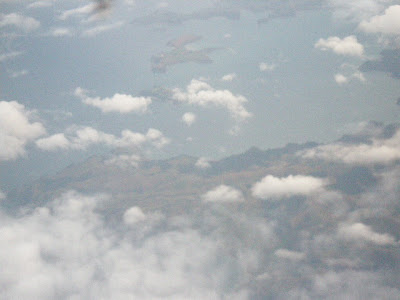 Left: Dec. 24th was cloudy and rainy in many places in New Zealand, particularly on the North Island, from where we took off (at the Auckland International Airport), but as I looked back into the sunset, I caught a last glimpse through a rare hole in the clouds.

I believe the eastern end of Waiheke Island is in the foreground. As one goes up, from foreground to background, Pakatoa and Rotorua Islands are successively visible, with Ponui Island at top.

That Waiheke Island is a one nice island! On Dec. 11th, I spent the afternoon collecting seashells on Waiheke's west end, at Oneroa Bay. 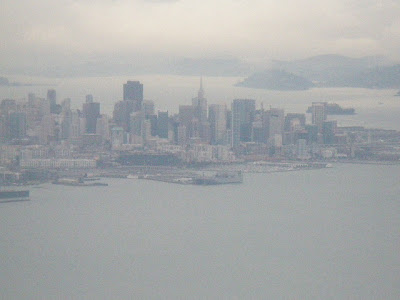 Left: An endless Christmas Eve. We left Auckland at 7:30 p.m. Christmas Eve, and arrived at San Francisco at 10:30 a.m. on the same day - time travel! 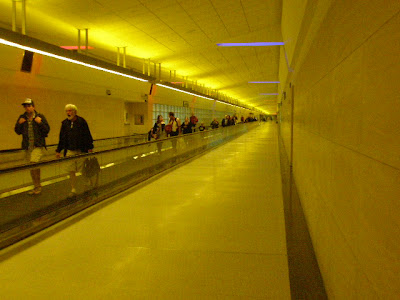 I rented a car to return to Sacramento with my heavy bags. After getting on Highway 101 at about noon, after enduring the Interstate 80 parking lot for nearly forever, I stopped, exhausted, for some lunch in Fairfield.

Fortunately the parking lot ended at Fairfield (after that, the parking lot was from the other way). I arrived in Sacramento about 4:30 p.m. With Steve's help, I left the rent-a-car at SMF at about 10 p.m.