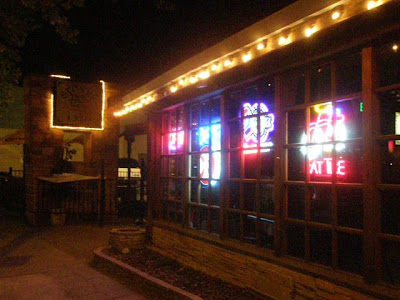 Karaoke At The Stoney Inn

After Tuesday's Improv class (six kids, plus others, dropped in) several of us went to the Stoney Inn for their progressive karaoke contest.

It was a slow Wednesday, so no contest, but it was fun trying out songs to sing.

I was a little wary of this place: Del Paso can be a chancy neighborhood. Several years ago, Joe the Plumber got his skull cracked at this very bar, and spent an inordinate amount of time recovering at UCD Med Center.

But like I say, Tuesday night was quiet everywhere and the people there were nice.
Posted by Marc at 1:30 PM