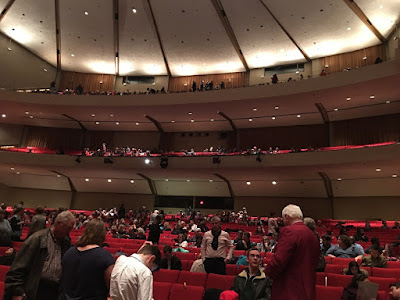 The hall at intermission. 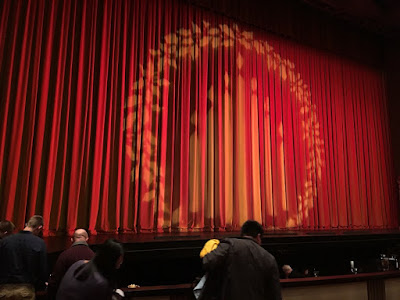 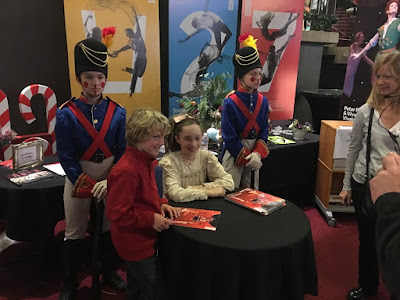 I was incredibly pleased to see Brittney Almendariz on stage (as a featured Russian dancer in the Kingdom of the Sweets, a snowflake, and the grandmother, among other roles). In this photo, she's on the stairway directly above Clara (Taylor Friesen), who is speaking on the microphone.


I met Brittney a decade ago, in DMTC's production of "The Wizard of Oz", and thought at the time she was a vastly-talented dancer. I'm glad to see she is putting her talents to work!

Brittney's sister Macy (Marzipan) was also in the cast, as was Viktoria Anderson (Center Angel). Viktoria was in DMTC's Young Performers Theater, and who knows, maybe there were other YPT alumni there as well. 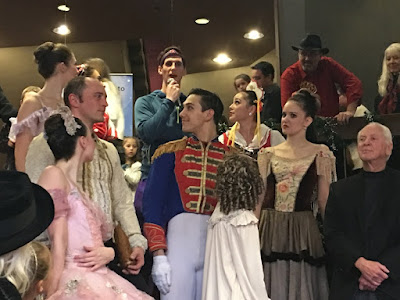