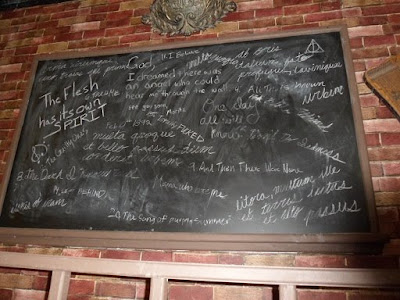 On Friday, several of us headed over to the Grange Performing Arts Center in Sacramento, a newly-renovated facility near UC Davis Medical Center, to see "Spring Awakening". A number of young friends and acquaintances who had played in DMTC shows over the years were in this show, and we all wanted to show support, but I think some of us were a bit dubious about how a show set in a boy's school and featuring physical abuse, homosexuality, sex-on-stage, abortion and death would create that precious 'they-lived-happily-ever-after' glow we often ask of musicals. 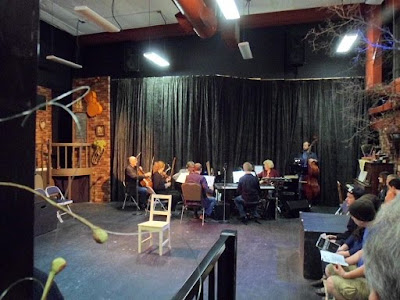 The starting place was the music, of course. I'm completely-unfamiliar with the music, so, for me, it was a first listen to all of it. I was surprised how edgy and exciting the music was, and appropriate for the show.

The acting was quite good. Elio Guiterrez's youthful rage as Melchior; David Taylor's self-destructive impulses as Moritz; Mary Katherine Cobb's free-spiritedness as Ilse (the most fun role of the entire show, actually); and Mariana Seda's curious and difficult amalgamation of naivete and resignation as Wendla (the hardest role of the entire show, and a real challenge). 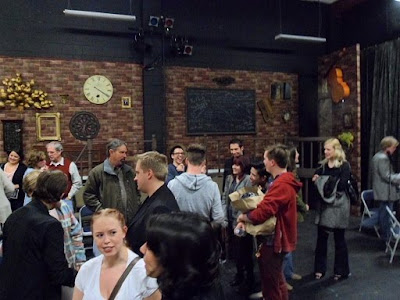 I was worried about Mariana and Elio's on-stage sex scene, but it was presented nearly-fully-clothed (with just a glimpse of Elio's ass crack), so I was more-relieved than anything. No clothing malfunctions, or anything. A zero on the nipple scale (unlike the retinal searing we got with Artistic Difference's "Hair" a couple of years ago). In a word, tasteful. 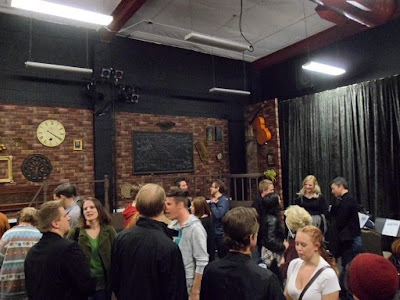 Craig Howard and Kristen Wagner were excellent in their roles as the Adults. This is the first performance I've seen with Denver Skye Vaughn (who must be Pheonix's sister), and she did a fine job as a parental-abuse victim, and who looks like she could do counterculture roles quite well too.

There was a characteristic impatient foot-stamping dance move with this show, whose impatience is reminiscent of nursery school. I like it. I find myself doing it even today. So, you won't necessarily come out of the show humming the tunes, but the instant you don't get your Starbucks order just the way you like it, you'll be stamping the floor in just this characteristic kind of rage.