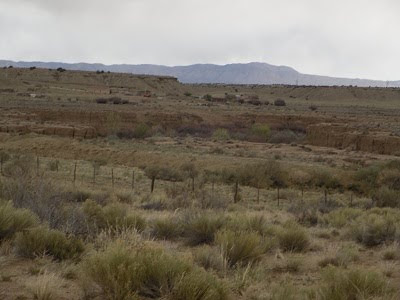 The Cabezon town site as seen from the south.


I struck out northwest from ABQ seeking 'Breaking Bad' sites (that's one of their principal corridors out-of-town). 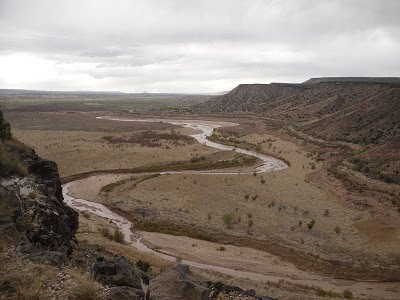 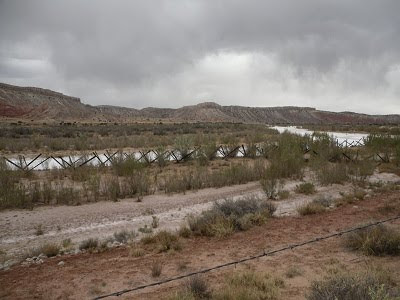 
Some of what I was doing was reliving the days of 1974 when I made the acquaintance of Brett Goebel from the village of San Ysidro, and he showed me some interesting places around his hometown. We were 17 then, and just keeping entertained for the weekend was difficult enough, given small-town claustrophobia. Kids from small towns tend to be more innovative than folks from cities in finding things to do, however, and so we made-do. (I've blogged before how ridiculous it is for people in Sacramento to complain how miserable and bored they are, when they have such a cornucopia of entertainment options available to them. They should spend a weekend in San Ysidro!) 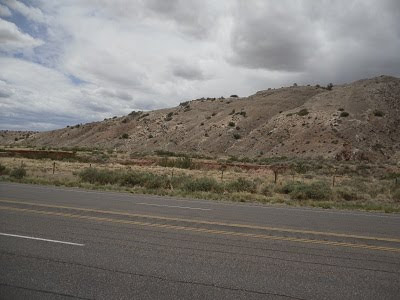 This non-descript hillside hides a precious secret: the Ojo del Diablo cave we used to visit shortly after high school! It's a kind of random cave - not like Carlsbad - more like broken slabs of alabaster. My 'Caveballs' story comes from here.


As always, I pressed on much further than I had originally intended. I was looking for a cement pool containing water gathered from a hot spring. We had visited the place at night in 1974. The place sticks in my mind even now, because in the darkness I stepped on the shattered end of a 7-Up bottle, but the calluses on the bottom of my feet were so thick from habitual walking around barefoot that the shard did not cut the skin! Nevertheless, I was having no luck finding the place this time. So I kept pressing on....

Suddenly, I made a profound discovery, while passing the place where the road to San Luis meets NM State Highway 44. Sometime since my last visit 37 years ago, they paved the road to the village of San Luis! In addition to this smooth paved road, even the dirt roads in the area seemed in amazingly-good shape! Come-on people, this isn't the traditional low standard of Sandoval County roads! I wonder if it's because La Nina has ensured that it's barely-rained here for months? Whatever it was, I was encouraged - lured, even - to timidly take my econo Chevy Cobalt rent-a-car onto roads I would heretofore never have dared without a four-wheel-drive vehicle! 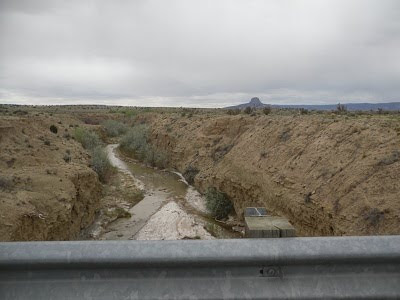 The Rio Puerco's river bed has been deeply-entrenched into the soft ground by flash floods. The deep cutting results perhaps from over-grazing, or perhaps it's a natural vulnerability. The entrenchment makes traditional New Mexican agricultural irrigation almost impossible to practice in the Rio Puerco Valley, which, together with relentless attacks by the Navajos in centuries past essentially-doomed the villages to decay. 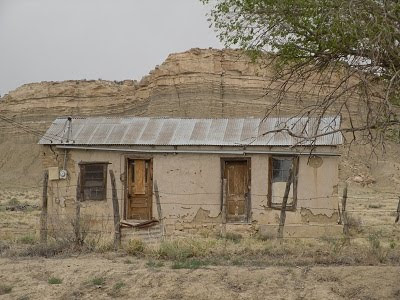 A home in San Luis. The tiny villages of San Luis and Cabezon were the 'bleeding edge' of the Spanish Empire's colonization of the New World. The Spaniards were never successful in settling areas closer to the Colorado Plateau fastness of the Navajo realm. Life here was brutal: merciless Indian attacks, cold weather, alkaline soil, irrigation ruined by the entrenchment of the Rio Puerco River. The ephemeral edge of European civilization was right here! 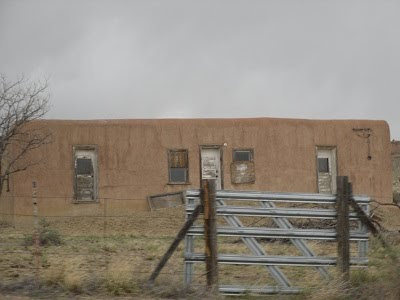 A home in San Luis. 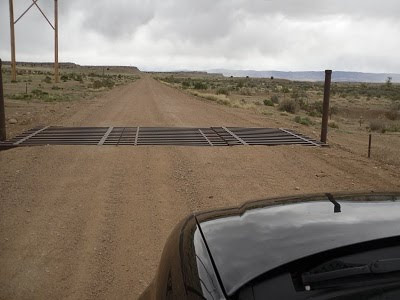 In 1974, we had an absurd automobile accident somewhere right around here.... I'm pretty sure it was right here, at this cattle guard! 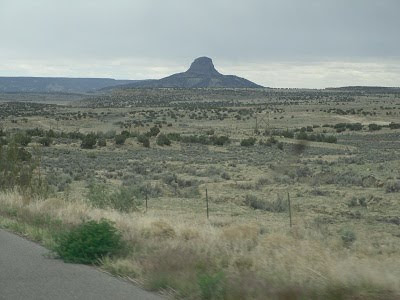 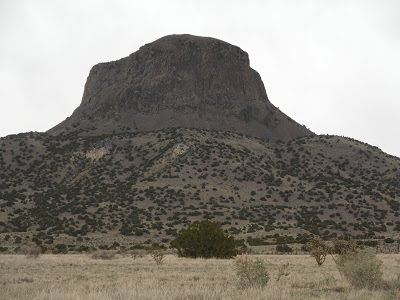 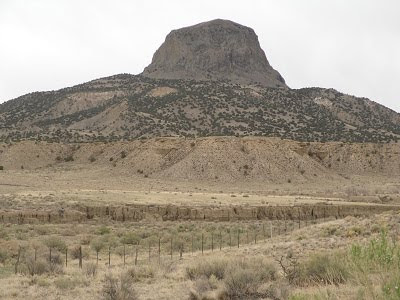 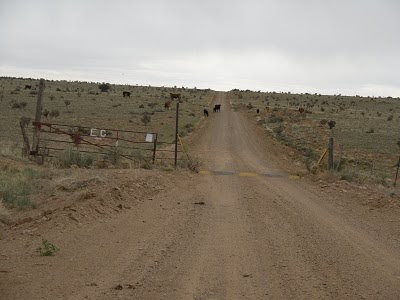 Here there be cows (South of Cabezon).
Posted by Marc at 3:35 AM